Batson-Cook has been in business for over 100 years under the same name.

Batson-Cook became a wholly owned subsidiary of Kajima USA. As is KUSA’s intent, Batson-Cook operates as an independent entity.

Consistently ranked in the top 200 contractors in the United States according to Engineering News-Record.

The foundation on which we build all our projects is the relationship we forge with each client. This is how we have successfully conducted business for over a century. 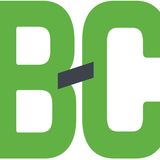