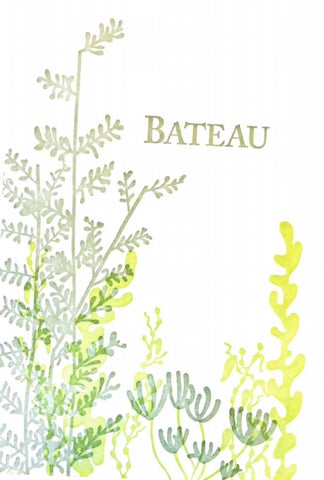 THE ANTONYM OF SERENDIPITY

Rumors of the Old Somewhere

Haply I Think on Thee

The Idea of Soccer

OR WE COULD JUST TALK

OF LIGHT AND SHADOW, WILTING

To call (out or forth (with feeling))

To mash (or not to mash, as in Monster, where the moves are never explained)

To set (part of a scene in parting)

WHY SHE HATES ME

How Big Is Yours?

Ted Powers from The Sweet Ref He was the sweet ref. Good luck everybody, he said before tip-off and, let's have a clean game. He was the sweet ref. His hair flew up and down above him as he jogged. He smiled so widely his eyes shut. One more, he said after a boy missed a foul shot, and held up one finger. It was the pointer finger. He showed it to everyone. He bounce-passed the ball to the boy at the foul line. He threw up his hands in mock exasperation to make a nervous rookie laugh. He was the sweet ref and he went home, where he was completely sure a small wooden bomb was hiding in his throat. He was the sweet ref.

Dear Randall I'm concerned about the lettuce. I'm burdened with plans for the magpie, and I long to pilot the launch-boat. There's something behind the hill. I can't see it, but I know it's cracking the ceiling, and a phone call will come with terrible news about the factions in which my hopes are invested. I dreamed a glider emerged from a war plane, but it was still inside an even bigger one controlled by the satellite of an unfriendly nation whose trucks line the border. Randall, a day will arrive when I won't remember. On that day, I may forget that I've forgotten to feed the horses or trim the parasitic vines that pine for the guesrhouse, or the lighthouseam I forgetting already? Randall, record what you know from your journey. Bury your receipts.

Did we once live herd Sornetimcs a mother takes us back ro visit. We stun1ble along tire tracks headed into the woods. Ruined corn stalks, a chewed up pair of red sandals. Did we read abour this place?

Remember how the dogs trapped an old possom in the cistern, how the terrified animal starved in there? We swept that kitchen floor, buried the week's garbage. How we cried when the cat's mouth held blue feathers.

Did someone tell us about this place? Have some of us taken our mothers there?

In the spring crabapple blossoms litter gravestones and sun falls through poplars like fool's gold. Red autumn rains down in torrents. Each winter a skeletal army of trees inches forward before the fires come.

You buy the jacuzzi because wife seems to like being out of doors. You use the jacuzzi once together but the water never gets hot enough. You use the jazuzzi one more time by yourself, and it works perfectly. For six years nobody uses the jacuzzi. One night a deer decides your jacuzzi is a good place to die. You find the body the next morning, tipped off by the smaller animals that have begun eating it. The smaller animals scatter when you come on the scene. They know you purchased this jacuzzi. You are lord of all that it catches. 66 Harvey & Yang-Thompson

r ve got a cold on for you, hear my husk in the phone piece

I can swim right up your valley when the rains stop and the storms give up their grandparent names and. the whiskey bottle folds its glass knuckles back into the dirt After we are many here among the rust and confused confessions Say my name Say my name when no one is Any pattern can go on for so long it folds back to itself As is nature to the human stain

George Looney OF LIGHT AND SHADOW, WILTING after Walker Evans' Country Store and Gas Station, Alabama, 1936 This wind's the lie that no one Jives here. As if the consequence of not catching the first wayward Greyhound out of this town would be having to man the one gas pump for miles. Waiting is local currency. The sky, blanched, seems to regret even this loose association. To accept the stark nature of light is all that is expected, locals claim. Every scrap of poster stuck to blistered doors or faded shingles is some remnant of a story no one bothers to listen to. Despite everything, this is a place people come to talk and not be alone. Anyone you meet here could be a ghost and you might never know. The familiar woman in the picture, say, fading below Wanted. Or maybe the arabesque legs that Roat, motionless, above the vague dust folks here call a road. Maybe the stiff, snazzy snip of a man at the shadowed edge of the porch, legs disrupted by a light that could be said to be burning. All no doubt ghosts by now, they may have been then, composed only of light and shadow. Which everything's composed of, don't forget.

The promise of ice is a reminder no thing's constant. These ghosts all seem to wilt in what must be intolerable heat, and a camel in the distance with its legs crumpled beneath it wouldn't be out of place. Could be the dapper woman or ghost, chin in her hand, is considering the best way to leave this place or live here.

Joe Fletcher from The Parachutist XI 11. His hunger reaching an end, his jaws slowed and he surrendered,

his hands and knees, to the inner effervescence and will of the j i111son weed. He looked over his shoulder: the rhinoceros too ha<l stopped eating and, head still lowered, was contemplating hin1 in such a way that he knew that he appeared to it not as he appeared to himself, which latter relation was fraying under the pla nt's influence. He turned and sat cross-legged facing the anin1al , a position that wakened a new pain deep in his right hip. A blue. glowing pain. A pain that sharpened his attention on the rhinoceros's face, which began to speak.

"l)o you see a bird perched within reach of your hand?" It asked. Its voice was high and thin, a girl's voice, and its language sumrnoned to activity a lemon-sized organ in his head. He looklÂˇd to his side and saw, nestled among some jimson weed, between three and seven birds, writhing violently so that he could not be mo re precise. between three and seven birds," he replied, in a voice that sounded to hitn like an infant's babble.

" Is there a hole in your tongue?" the rhinoceros said. His tongue burst frotn his mouth slightly before he asked it to and with his inc_kx finger he felt along its underside until near the tip it found

a hole large enough to fit through, such that retracting his tongue to answer brought his upright finger to his lips, which prevented the full retraction of his tongue, so he looked as if he were both invoking silence upon and mocking his interlocutor. He removed his finger from the hole and nodded. "You emanate an odor of decay and annatto," the rhinoceros declared. "Can you see your skeleton?" He looked at himself and saw his severed harness, his uniform. He pulled back his sleeve from his six-fingered glove to reveal the skin of his underwrist, which color puzzled him. He rubbed it and a second skin appeared beneath it, of a different color. This too he rubbed, and this too gave way to another skin. He began to weep. 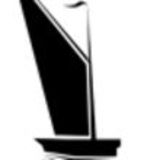 Bateau Press is proud to display: Bateau Lit Mag 8.1. That's right, it's here, it's queer, get used to it being what it wants to be. Take...

Bateau Press is proud to display: Bateau Lit Mag 8.1. That's right, it's here, it's queer, get used to it being what it wants to be. Take...