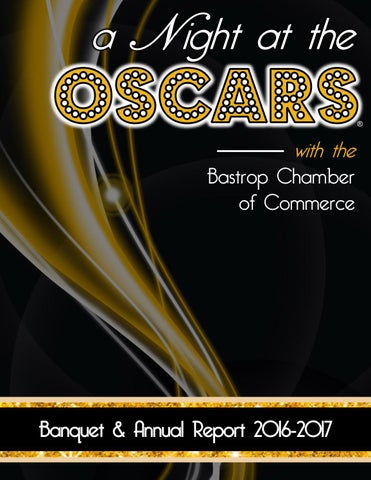 a N ight at the with the

Past Chair The Oaks RV Park

Thank You for Your Dedication to our Chamber &amp; Community!

Bastrop: The SUPERSTAR! The Bastrop Chamber of Commerce has definitely experienced some changes in the last few years. This is an exciting time for Bastrop, Texas. In 2016, over 94 single-family homes were approved for construction along with 15 new commercial projects, setting a five-year high. Studies are predicting this type of growth to continue for the next five to ten years. For 2017, our plan includes: 

Strengthen our partnerships with the City of Bastrop, Bastrop EDC, Main Street Program, Bastrop ISD and Bastrop County to assist in discussions and decisions towards this growth in order to serve the needs of the membership and the community. Improve communication and encourage our members to participate by attending our events, serving on our committees and taking advantage of numerous networking opportunities. Maintain and improve our overall financial health.

The Chamber Board of Directors, the active Committees, and the Chamber staff and you, as our members, are a vital part of keeping the work of the Chamber on the right path. The job belongs to all of us! The Chamber Committees will direct their 2017 Plan of Work with the guidance of the Strategic Plan. With strong Chairs in place, they have a very active role in the journey of the Chamber. I am looking forward to a great journey in 2017. On behalf of your Board of Directors, I encourage you to take this journey with us by joining one of the working Committees. Together, we can make Bastrop the SUPERSTAR in the Central Texas area.

The Bastrop Chamber of Commerce Annual Banquet is always a time to look back at what has been accomplished over the past year. In fact, it is a celebration of many accomplishments going back 95 years. Within the pages of this report you will find past awards winners and past board chairs. These are the men and women who have given of their time and talents to make our Chamber, and our community, the strong and vibrant place that it is today. You will also find a list of current board members and investor businesses who are continuing the good work begun way back in 1922, when the Bastrop Chamber of Commerce was founded. Notwithstanding this proud history, 2016 was a significant year for our Chamber. And you can see the long list of accomplishments within this report which bear witness to this fact.

As 2017 gets started, we see many great things in store for Bastrop. New development is everywhere – from residential to commercial. It is time to really focus on our future and work together. We are in constant communication with our community partners like the Bastrop EDC, Main Street Program, City of Bastrop, Bastrop ISD and Bastrop County to make wise decisions about the growth that is coming. Our Strategic Plan will guide our efforts for the next 2 years because you “Can’t Stop the Feeling” that is Bastrop! People all over Central Texas are seeing it. The visionary board members and talented staff leading our Chamber into the future is one of the best you could hope to assemble. I am tremendously proud to be part of such a dynamic organization. As our community continues to face the challenges of growth in a time when continual change is the new normal, a united voice from our business community in Bastrop is vital to maintaining our economic vitality. The Bastrop Chamber of Commerce is that voice. Your voice.

* We are looking for the names of Past Chairs back to 1922 when the Bastrop Chamber was founded. If you have any of this information, please share with the Chamber staff.

Man of the Year

Citizen of the Year

* - not awarded every year

All numbers on this page reflect January 1 through December 31, 2016 Luncheon Attendance Statistics

 First Annual Report created for distribution to the membership and general public.  Launched the BastropVotes.com initiative to ‘Promote the Vote’ in Bastrop County to educate voters about upcoming elections and candidates running for office.  Held Four (4) Primary Candidate Forums and another Two (2) General Election Forums in partnership with the City of Bastrop and live streamed and produced with the assistance of BISD students.  The Chamber was a driving force in moving Bastrop towards setting up a Designation Marketing Organization (DMO).  Hired a Membership Development Manager to recruit new members, educate them on the value of membership and engage them in the activities of the Chamber.  Adopted amended Chamber Bylaws to reflect updated and current operations of the Chamber of Commerce.  Bastrop Chamber was listed as #7 on the Book of Lists from the Austin Business Journal based on membership and budget size.  The Bastrop Chamber of Commerce topped 700 total memberships.  Initiated a 12@12 Lunch Program as part of our Retention Plan. 12 members are randomly invited to come to the lunch to discuss their business concerns and the needs of the community.  Adopted a restated Certificate of Formation (formerly known as Articles of Incorporation), which had not been updated since their filing on January 14, 1922.  Launched the Past Chairman Annual Luncheon on October 21, 2016 to honor and recognize the past leadership of the Board of Directors and the Bastrop Chamber of Commerce.  Hosted a Disaster Preparedness Workshop with 41 attendees and 8 vendor booths from across 5 counties (Bastrop, Caldwell, Lee, Fayette and Gonzales).  Successful BISD Bus Tour showcasing the programs, teachers and students of BISD to our Business Community.  Conducted training with 8 people in attendance at the Office of Emergency Management to help in the event of future disasters in the county.  The Governmental Affairs committee finalized work on a Public Policy Guide.  Bastrop Young Professionals group formalized and scheduled kick off in January 2017.  The Chamber has stepped in to facilitate the continuation of the Bastrop County Character Education Program started by Evelyn Weilert. 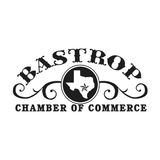 More from Bastrop Chamber of Commerce