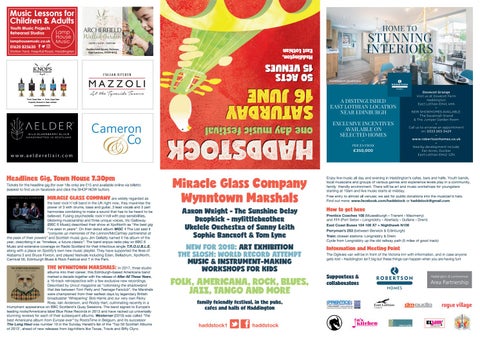 Headliner Gig, Town House 7.30pm Tickets for the headline gig (for over 18s only) are £15 and available online via billetto (easiest to ﬁnd us on facebook and click the SHOP NOW button)

the best rock’n’roll band in the UK right now, they maximise the power of 3 with drums, bass and guitar, 3 lead vocals and 3 part harmonies combining to make a sound that has to be heard to be believed. Fusing psychedelic rock’n’roll with pop sensibilities, blistering musicianship and three unique voices, Vic Galloway (BBC 6 Music) described their show at XpoNorth as “the best gig I’ve seen in years”. On their debut album MGC 1 The List said it “conjures up memories of the Lennon/McCartney partnership at the peak of their powers” and Scottish music guru Jim Gellatly named it his album of the year, describing it as “timeless, a future classic”. The band enjoys radio play on BBC 6 Music and extensive coverage on Radio Scotland for their infectious single T.R.O.U.B.L.E. along with a place on Spotify’s own new music playlist. They have supported the likes of Alabama 3 and Bruce Foxton, and played festivals including Eden, Belladrum, XpoNorth, Carnival 56, Edinburgh Blues &amp; Rock Festival and T in the Park.

THE WYNNTOWN MARSHALS: In 2017, three studio

albums into their career, this Edinburgh-based Americana band marked a decade together with the release of After All These Years, a 16-track retrospective with a few exclusive new recordings. Described by Uncut magazine as “colonising the shadowland that lies between Tom Petty and Teenage Fanclub”, the Marshals were championed from their earliest days by legendary British broadcaster ‘Whispering’ Bob Harris and our very own Ricky Ross, Iain Anderson, and Roddy Hart, culminating recently in a triumphant appearance on BBC Scotland’s Quay Sessions. The band signed to Europe’s leading roots/Americana label Blue Rose Records in 2013 and have racked up universally stunning reviews for each of their subsequent albums. Westerner (2010) was called “the best Americana album from Europe ever” by RootsTime in Belgium, and its successor The Long Haul was number 10 in the Sunday Herald’s list of the ‘Top 50 Scottish Albums of 2013’, ahead of new releases from big-hitters like Texas, Travis and Biffy Clyro.

Enjoy live music all day and evening in Haddington’s cafes, bars and halls. Youth bands, local musicians and groups of various genres and experience levels play in a community, family friendly environment. There will be art and music workshops for youngsters starting at 10am and live music starts at midday. Free entry to almost all venues; we ask for public donations into the musician’s hats. Find out more: www.facebook.com/haddstock or haddstock@gmail.com

Information and Meeting Point The Ogilvies van will be in front of the Victoria Inn with information, and in case anyone gets lost - Haddington isn’t big but these things can happen when you are having fun!

family friendly festival, in the pubs, cafes and halls of Haddington haddstock1

volunteer Musicians . addstock.. to play at H ...and entry to venues is free (apart from the Headliner gig)...

you make a ...so we ask that ts that you donation to the ac r be a hat or guita enjoy. There will . ns tio na do nue for case at every ve

2pm: Jam with The Ukulele Orchestra of Sunny Leith. Bring a uke or borrow one. Tuition given - beginners welcome.

Art Point: Find Your Own Sound of Nature Musical instrument making for under 12s 10am-12pm

*Booking for all workshops is in person (ﬁrst come, ﬁrst served) at the Bridge Centre, from 9.30am 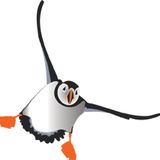