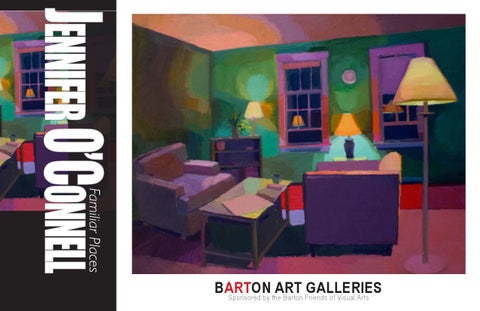 Familiar Places Jennifer O’Connell’s work presents a tranquil harmony in the solidarity of these vibrant domestic interiors.The scenes are of rooms in her colonial home in Hadley, Massachusetts, but rather than depicting these intimate spaces in natural color, the rooms and furnishings are highly saturated – a rich visual symphony where colors are wrought with emotion. Through the color saturation one begins to ponder the emotional state of the artist during the time each painting was executed. This contemplation is reinforced by the sense and evidence of habitation, without actually seeing any people. Despite the vacancy, there is the feeling that the room has been frozen in the midst of action, and the occupants have simply vanished from view. There is a sense of life

and activity, but the scene appears to be a moment in which the artist’s mind may have begun to wander. As rooms are presented repeatedly, one can witness changes in decorating and, therein, the passage of time becomes apparent. Completed over the span of weeks, the compositions reflect natural changes occurring daily. Objects in the paintings appear to have been touched and moved, yet the person responsible is absent. In her working and reworking of the scene, O’Connell’s rooms cease to be mere domestic genre and start to live and breathe of their own accord. In theses paintings, she transforms the images of her unoccupied private spaces into a self-portrait, where not only her life but the act of living is placed on display. Living Room Spector 30” x 50”

Jennifer O’Connell Jennifer O’Connell earned an MFA degree in painting and drawing from the University of New Hampshire and a BFA from SUNY Plattsburgh. Additionally, she studied fine art at the University College Chester in England on a Giltz Family Travel Award.After receiving her MFA, she was invited to show in the “Young Talent” exhibition in Washington Depot, CT. Since then, she has been the recipient of numerous awards including an Elizabeth Greenshields Foundation Fellowship, a Vermont Studio Center Artist Residency Grant and Massachusetts Cultural Council Artist Grant through the Northampton Arts Council. She has led public lectures and participated in panel discussions around the Northeast. Her exhibition record includes national and international shows at Fraser Gallery in Washington, DC and the Bowery Gallery in New York. In 2008, she was selected by juror Cynthia Reeves for the New England / New Talent Exhibition at the Fitchburg Art Museum in Fitchburg, MA. Galleries that represent her work include Adam Cave Fine Art in Raleigh, NC, Left Bank Gallery in Wellfleet, MA and Oxbow Gallery in Northampton, MA.

BARTON ART GALLERIES Box 5000, Wilson, NC 27893 252.399.6477 The Barton Art Galleries are located in the Case Art Building, near the intersection of Whitehead Avenue and Gold Street, on the campus of Barton College. 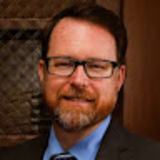