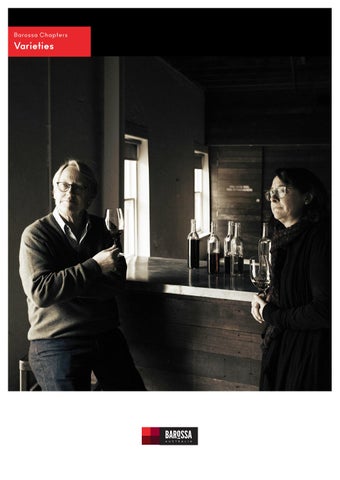 Barossa owes much to Europe. Its name, cultural instincts, languages, food, viticultural and winemaking heritage, are all transportations that have been moulded and honed by 175 years of Australian innovation.

Barossa One could be forgiven for thinking Barossa was settled by the Spanish. Its name can certainly be traced back to the windswept Barrosa Ridge in the Spanish region of Andalusia where in March 1811 Lieutenant General Thomas Graham of the British Army defeated the French Marshal Victor, during the Napoleonic Peninsular Wars. Graham received a peerage and was named Lord Lynedoch but it was his young aide-de-camp Lieutenant William Light who was to remember the name. When he was appointed Surveyor General of the new colony of South Australia in 1836 and discovered a verdant valley he named it Barrosa – and a slip of the pen by a public administrator gave the region its unique name, Barossa. However it was not Spanish but English and Silesian settlers who pioneered the region. The English, including the colony’s founder George Fife Angas, took over pastoral sheep and cattle runs in Eden Valley, east of Angaston; and the Silesian settlers – mainly peasant farmers and artisans fleeing Prussian religious persecution – settled the Valley floor at Bethany, Langmeil, Tanunda and Nuriootpa. After experimenting with a range of crops, from flax to tobacco, the Silesians found the Mediterranean climate suited wine grapes.

Entrepreneurs with big visions built stone wineries and started making fortified “ports” and “sherries” as well as fine table wines called “claret” and “hermitage” and “burgundy”, paying homage to European tradition. Barossa became the largest wine-producing region in Australia by the turn of the century, sustaining a community of grapegrowers, winemakers, cellar hands and coopers and earning significant export income for the state of South Australia. Through the 20th century Barossa had its booms and busts – Imperial demand crashed during both wars and in the post-war 1960s and 1970s customers wanted sweet sparkling wines such as Barossa Pearl and Cold Duck. Finally Barossa settled on what its soils and climate do best – ripening red wine grapes – and from the 1980s onwards its fame grew for its full bodied Shiraz and Cabernet, Grenache and Mataro. In the late 1990s during an international boom in demand for Australian wine, the Australian Wine and Brandy Corporation decided to define Australia’s regions along similar (but less restrictive) lines to Europe’s appellation system. The Barossa’s winemaking geographic indication zone was formalised in 1997, comprising two regions: the warmer Barossa Valley “floor” specialising in red wine and the cooler, higher altitude Eden Valley, which focussed on fine

white wines such as Riesling and Chardonnay as well as medium body reds such as Shiraz and Cabernet. Now Barossa is the most recognised name in Australian winemaking, due to its forgiving viticultural environment, its treasure-trove of century old pre-phylloxera vines and its six generations of grapegrowing and winemaking heritage. But it has also evolved over 175 years into much more than a wine region. Old Silesian cultural food traditions continue to be celebrated, such as the fermentation of meats into sausage and wursts; salting and smoking hams and bacon; the preservation of fruits and vegetables such as pickled onions and dill cucumbers and the maintenance of age old baking traditions: sour dough breads, pretzels and streuselkuchen. There are also European music traditions still maintained such as brass bands and men’s and women’s choirs and Barossa continues to be the epicentre Lutheran faith in Australia with more than a dozen steepled churches dotted across the valleys. This colourful culture has attracted thousands of new settlers over subsequent generations, continuing the immigration that started in the 1840s, making Barossa a vibrant, diverse and exciting contemporary Australian community.

Barossa Varieties Barossa’s uniqueness is its diverse palette of varieties and flavours and textures – certainly Shiraz but also dry grown Grenache and blackcurrant Cabernet, high country Chardonnay and old vine Semillon. It is a testament to its survival and longevity as a global region.

Barossa is more than Shiraz. Even though half of the region’s vineyards are planted to this popular variety that seems to grow well in just about every creek and crevice across the region… there is more. Take Grenache – the old workhorse variety that partnered Shiraz in so many fortified “ports” and “sherries” during the 20s, 30s and 40s that is now finding a lively new life for itself as a varietal table wine. Like all Barossa wines there is a spectrum of Grenache styles depending on soils and climate – from deep, rich old vine reds that compete with Shiraz in complexity right through to pink and salmon coloured rosés that are made for uncomplicated summer sipping. But the greatest re-imagining of this trusted variety is the fresh, young medium-bodied Grenache styles that are appearing on many Barossa cellar door shelves and restaurant lists – succulent and juicy with a potpourri of spices and herbs on the nose and palate they meet today’s demand from consumers for lower alcohol and food friendliness. Classic Cabernet is also finding a new Barossa personality, again as winemakers and grape-growers learn more about the influence of place on wine style and flavour.

Barossa Cabernet is not a recent phenomenon – few wine lovers would know that Penfolds Block 42, planted in 1888 is one of the oldest surviving Cabernet vineyards in Australia and even fewer would know that it comes from Kalimna in northern Barossa Valley. But for much of the last century Cabernet was blended with Shiraz to make “claret” style wines – medium to full-bodied, long living wines with richness and palate length. Now growers are rediscovering the variety, seeking out richer soils with greater clay content, often in higher altitude locations, that maximise the cool climate varietal flavours that are distinctive to the region: blackcurrant, plums and cherries. It is also these cooler aspects that produce the best known of the Barossa’s white varieties – Eden Valley Riesling. An internationally recognised style that has a unique purity and minerality, Eden Valley Riesling is distinguished by its lime-lemon bouquet and a remarkable palate softness, that offsets its considerable acidity and length. Clinging to the traditional Eden Valley “rubbish over rock” – granite outcrops with schist subsoils – the vines work hard to give forth wines that, protected under screwcap, will age into “toast and marmalade” treasures after 20 –

“When I think about Barossa I reflect on Peter Lehmann who always liked to lecture me that the Barossa uniqueness was its diversity – he’d say where else can you drive 15 kilometres one way and find the finest Riesling in the word then drive five kilometres the other way and discover the best Shiraz in the world. This region is not a one trick pony and we should celebrate its diversity under the trust mark of the Barossa.” Robert Hill-Smith Yalumba

30 years. These steep windswept rises and rocky gullies are also home to an exciting new breed of Chardonnay. The variety found its Barossa feet in the 1960s and 1970s at Heggies and Mountadam, up in the High Eden ranges, but were unfashionable until the early years of this century. Now new Burgundian clones are putting their roots down in small plantings based on soil type and mesoclimates with spectacular varietal success – complex, yet fresh and zesty Eden Valley Chardonnay will be the next big thing in Barossa. The next re-invention will be Barossa Semillon. The other trusted workhorse of the fortified era it has played second fiddle to many other white varieties over the last 20 years giving richness and balance to multi-purpose blends. True believers such as The Willows Vineyard and Peter Lehmann Wines (Barossa’s most famous Semillon is named after Margaret Lehmann) continue to keep the true varietal style alive – crisp freshness, great palate weight and extraordinary ageability – while young guns such as Marco Cirillo are defying fashion with a lemon and honey masterpiece from some of the oldest Semillon vines in the world. Learn more and watch videos at barossa.com/wine/barossa-chapters.

Barossa Varieties There are more than 40 grape varieties planted in Barossa, with the top ten varieties comprising 93% of total. In 2017, there was a total of 13,872 hectares of vineyards, with Shiraz vineyards being 56% of this total. (See Barossa Chapters â&amp;#x20AC;&amp;#x201C; Shiraz for more information). However, as well as Shiraz, there are some key varieties planted and made, with Cabernet Sauvignon, Grenache, Merlot and Mataro (as locals call MourvĂ¨dre) being the next top four red varieties planted. The top five white varieties are Riesling, Chardonnay, Semillon, Sauvignon Blanc and Viognier.

Each of these varieties is finding their natural place in Barossa with different flavours and expressions depending up on the mesoclimate, soil, the grower and the winemaker.

Key Facts of the Barossa Varieties

Riesling is the most important white variety in Barossa, thriving in Eden Valley and cooler sites in Barossa Valley. In 2017, there were 726 hectares of Riesling vineyards which is 5.2% of the total Barossa vineyards. Riesling was first planted in Eden Valley by Joseph Gilbert in 1847.

Chardonnay is the second most important white variety in Barossa, growing equally well in Barossa Valley and Eden Valley. In 2017, there were 592 hectares of Chardonnay vineyards which is 4.3% of the total Barossa vineyards.

Typically produced in a dry style, characterised by flavours of lime, lemon, floral perfume, minerality and zesty acids in its youth evolving to toast, honey and marmalade as it ages. One of the finest, most age-worthy and best value white wines in Australia.

Australia’s first cool climate Chardonnay vineyard was planted in High Eden in 1972, where it continues to grow today. Eden Valley Chardonnay tends to be more elegant and mineral than Barossa Valley Chardonnay, which generally has riper melon and stone fruit flavours.

Semillon is the third most planted white variety in Barossa, with the majority of vineyards planted in Barossa Valley. In 2017, there were 377 hectares of Semillon vineyards which is 2.7% of the total Barossa vineyards.

Grenache is the third most planted red variety in Barossa, with the majority planted in Barossa Valley, including what are thought to be the oldest continuously producing Grenache vineyards in the world. In 2017, there were 690 hectares of Grenache vineyards which is 5% of the total Barossa vineyards.

Barossa Valley is home to a unique pink-skinned clone that is distinctive from Semillon found in Bordeaux or Hunter Valley. Some of the oldest continuously producing Semillon vineyards are in Barossa.

Barossa Grenache ranges in flavours from raspberry, cherry and white pepper through to being rich, spicy and earthy, depending upon the vineyard site, the grower and the winemaker.

Young Barossa Semillon is dry with citrus and green apple flavours. Aged Barossa Semillon has buttered toast and honey characteristics on the nose with complex flavours and a long finish and soft acid.

When blended with Shiraz and Mataro, it becomes the signature Barossa GSM blend.

Mataro (also known as Mourvèdre or Monastrell) is the fifth most planted red variety in Barossa, mainly planted in Barossa Valley, which is home to some of the world’s oldest continuously producing Mataro vines. In 2017, there were 273 hectares of Mataro vineyards which is 2% of the total Barossa vineyards.

Barossa Cabernet Sauvignon is known for its richness, generosity and mouth filling flavours of dark fruits underpinned by savoury, earthy tones and soft tannins. In Barossa, Cabernet Sauvignon and Shiraz are quite often blended together and as a blend are referred to as the “Great Australian Red”. Shiraz softens Cabernet’s tannins and Cabernet provides structural definition to the generous mid-palate of Shiraz.

Varietal wines are well-structured with intense flavours of sweet plums, roasted game and hints of tobacco. Mataro has an affinity with Grenache, giving it colour, weight and structure and is generally used in GSM blends in Barossa.

The Barossa Chapters are the foundations of the Barossa regional story. They are not the story in itself, but rather the skeleton or structure that gives our story its shape. The Chapters offer focus and direction, and provide an easy point of entry, depending on your own personal interest or preferred line of enquiry – be it historical, gastronomic or purely vinous. 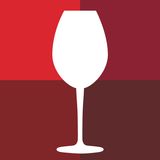