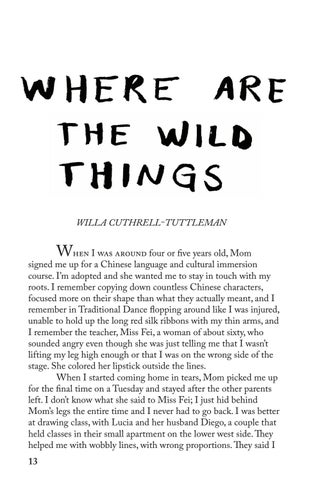 hen I was around four or five years old, Mom signed me up for a Chinese language and cultural immersion course. I’m adopted and she wanted me to stay in touch with my roots. I remember copying down countless Chinese characters, focused more on their shape than what they actually meant, and I remember in Traditional Dance flopping around like I was injured, unable to hold up the long red silk ribbons with my thin arms, and I remember the teacher, Miss Fei, a woman of about sixty, who sounded angry even though she was just telling me that I wasn’t lifting my leg high enough or that I was on the wrong side of the stage. She colored her lipstick outside the lines. When I started coming home in tears, Mom picked me up for the final time on a Tuesday and stayed after the other parents left. I don’t know what she said to Miss Fei; I just hid behind Mom’s legs the entire time and I never had to go back. I was better at drawing class, with Lucia and her husband Diego, a couple that held classes in their small apartment on the lower west side. They helped me with wobbly lines, with wrong proportions. They said I 13 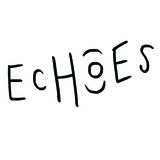