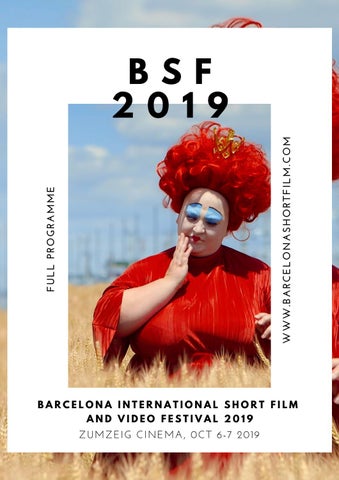 (tw) = trigger warning. All films not in English have English subtitles.

A body doesn't tell any lies. A body simply is. To find ourselves we need to find our bodies, anytime, any day, perhaps On Monday, at midday, with a hot sun that burns the skin and lets us discover our "physical souls". It's a duel. A necessary duel. www.corpinarranti.it facebook: @CorpiNarrantiDanza

A high-school senior is forced to take a long-term care of her younger sister, which leads to both funny and dramatic consequences. A chain of events starts to overwhelm the protagonist, who loses control over her perfectly maintained word: school, workouts and friends. An upbeat story about dealing with responsibility, dreams, sisterhood and everyday problems that turn into real challenges.

Two young women in their bathrooms: one of them misses her period, the other one struggles with it. worth is an honest, bleeding and intimate search for the individual and social value of the period. alejandrajenni.comÂ insta: @wert_shortfilm

Annachiara lives in the suburbs of Palermo with her family. She wants to win back her ex boyfriend. Her grandma suggests that she uses an ancient rite that could save the destiny of her lost love.

When no one shows up at her birthday party, young Agnès makes all the wrong choices. "Pink Pool" is a tragedy that tells a story of one naïve girl obsessed with self-image and social media. Everything is literally a matter of life and death for this youngster, but perhaps it’s not her fault. “Pink Pool” is a story about the two demons that shadow youth - anxiety and loneliness - and one 18-year-old’s struggle to fight them in an extreme fashion. www.pilimilifilms.com insta: @pilimilifilms @missmildute

A golden summer dress in XXL, the ice-lolly drips slowly onto the hot ground. RIOT NOT DIET creates a queer feminist utopia far away from BMI norms and male gaze. The fat women and queers in this movie are not ashamed of their expansive body dimensions, but confidently claim space for themselves. They use their bodies to blow up patriarchal structures and enjoy their corporeality beyond the neoliberal logic of exploitation. In times of self-optimization, your belly is a statement! > First-time filmmaker < www.juliafuhrmann.com/portfolio_page/riotnotdiet/ instagram & facebook: @riotnotdietfilm

Natalia is a boyish and impulsive girl in her mid-teens living in a rough part of Gdansk, Poland. Her crush on a boy from her neighbourhood becomes an obsession and she is prepared to do anything to get close to him. But when she finally reaches her goal, everything suddenly changes... Trigger Warning: Sexual Assault

Filmed in Cape Town's notorious Lavender Hill, Waves explores the perspective of three young girls growing up in one of South Africa's most violence communities. Trigger Warning: refferences to sexual/violence

Lucia is a rebellious eleven-year-old girl who feels stifled by the patriarchal world she lives in. Her father is physically abusive, while her mother remains helpless against his violence. One day before Luciaâ&#x20AC;&#x2122;s First Communion, her father gives his daughter a severe beating. In the morning, Lucia puts on her white dress. Yet, instead of going to church, she climbs the sea cliff and throws herself into the sea. Trigger Warning: physical abuse.

A chance encounter with the seemingly unconfined Juliรกn guides Dominic, a sheltered mid-twenties millennial, on a path to start evaluating his life and choices, while opening him up to a connection that, through the course of one night, transcends beyond the expected. >FIrst-time filmmaker< www.michaelneulinger.com insta: @misht0

These Are My Hands is a short documentary film-poem written and performed by the radical British playwright Jo Clifford. It is a deeply moving, personal account of transgender embodiment in a lifetime, speaking of wounds, challenges, victories and the journey towards self empowerment. The poet's voice is embraced by a lyrical, mesmerising soundtrack and together with the graceful and intimate visuals compose a profoundly tender piece. insta: @evi.tsiligaridou

She has a story to tell, with the chicken as witness.Â Using black humor, a sharp monologue and displaced feminine cliches, THE CHICKEN AND HER dives deeply into the difficult issues such as sexual abuse and violence against women. Trigger warning: refferences to sexual assault

Matyas is a piece which tells the story of an extremely tired firsttime mother who struggles with satisfying the needs of her newborn baby. Her baby is quite unusual as he never sleeps and he eats a lot - all the time! The exhausted mother grows increasingly desperate, until she finally finds a way to fulfil her babyâ&#x20AC;&#x2122;s needs. www.palcik.com

A silent surrealist experimental film about the discourse that women must mother. This discourse is explored by one woman mothering a Bladder. The film is up for interpretation. insta: @oliviaestella

Charlotte Keates is an artist based in London. Her up-coming show, titled ’The Kennedy Trip’ was scrawled on the first box of 100 Kodachrome slides Keates received in the post from Florida. These slides from the 50s and 60s with a focus on Palm Springs and the Racquet Club, formed the source material and inspiration for her latest body of work, to be shown at PULSE Miami Beach with Arusha Gallery this December. The reading is a rumoured poem written by Marilyn Monroe for JFK on his birthday. www.charlottekeates.com insta: @ian_froome @charlottekeates @arushagallery

Experimental documentary that explores the reality and challenges that one young woman faced growing up as an undocumented immigrant in Virginia's Shenandoah Valley.

Mary Sea (2017) explores an aesthetic of colour, time and sound by shooting with super8 film and digital technology and with still and moving image. This film poem offers immersion and contemplation as the water at Devil's Point contains and transports.

With a practice that is grounded in film and performance, Sara Tirelli has created an artwork that is a dystopian vision of the city of Venice. Shot in 16 mm, the video uses the aesthetics of “found footage” to blur the perception of time, evoking the idea of Venice as a city of future past, in which the present contains both traces of the past and visions for the future. www.saratirelli.com/Cassandra

Olive is an animated short that takes the viewer on an adventure into the delightful inner world of Olive. After she finds a photo postcard depicts her younger self, Olive travels back in time mail the postcard, accompanied by a friendly, whimsical monster. With elegantly designed and finely rendered detail, Olive illuminates the loss of innocence of urban youth, while exploring the courage to live as an adult. > First-time filmmaker < www.doudouliu.me/olive insta: @wamblekyou

Pavel learns English on audio cassettes every day when he gets up. Today it is his 78th session. But has he really made progress? facebook: @Session No. 78

The newest collaboration between writer Nada Alic and visual artist Andrea Nakhla "The Trick" is a subversive short film about self-help. "Full of wit and humour, The Trick guides the viewer on a journey through modern manners. Think of it as a playful, animated, and knowing chat with the most hippy-dippy friend of yours, and you’ll be halfway there. > First-time filmmaker < thisisfutureyou.com instagram: @future__you

In June 2018 46% of the population was looking at Russia. Meanwhile, another World Cup was happening.

A young boy gets lost in a busy shopping mall, foreshadowing the story of his falling as a soldier in the Israel-Lebanon War of 1982. www.studiodov.com insta: @dovabramsonstudio

In the middle of a historic blizzard a woman is compelled to play a game of chess with the most surreal of stakes; one that threatens to unravel her very existence. Facebook, twitter and insta: @ChessAndLaundry

"Where the Truth Lies" is a found footage collage poem for absurd times. Disparate images, sounds and text collide in a world of trickery and deception. www.dianenerwen.com

A brief, poetic 16mm film on a simple sculptural action. What becomes apparent is the humor possible in material interactions and the tender and sometimes melodramatic symbolism of cut flowers. What begins as a reverence for natural beauty ends up pointing towards the abstract expressionism and color field work of high modernism which, in many cases eschewed the banality of such â&#x20AC;&#x2DC;naturalâ&#x20AC;&#x2122; beauty. The collaged soundtrack suggests weightier concerns, gently insistent behind the flatness of the utilitarian sounds of ripping tape. www.stephaniebarber.com insta: @stephanie_m_barber

Combining a philosophical framework of Walter Benjamin with her present day production of political ephemera, the filmmaker/artist examines a circular nature of history and her identity as it evolves within the context of contemporary politics. A collage of internet imagery and personal reflection, Post-Election Works becomes a dialogue between the online, digital archive, activism and the narrator's subjective experience.

Ten year afters the discovery of a remote planetary system likely to sustain the early stages of a civilization, we wait for the results of a worldwide referendum to answer the question: Should we meet this civilization? www.yohanfaure.net insta & twitter: @yohanfaure facebook: @orageparcielclair

In Thierry's living room, several people have gathered. None of them know each other but they are all there to try and fulfil the same dream. They want to find a job... and quickly. But we're in Brussels, so nothing goes quite as planned. www.eklektik.be/ 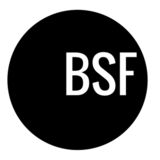