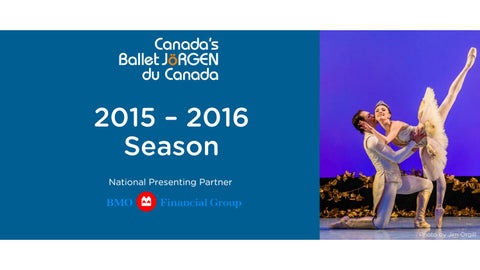 The Nutcracker, A Canadian Tradition Trailer

“... thank you for giving Veronica the opportunity to be part of a wonderful, exciting and inspiring performance. We as parents enjoyed the professional standard of the company as well as watching our daughter perform to her highest standards.” - Trisha, parent of Kitchener cast member from Kitchener

performances with live music by the Kitchener-Waterloo Symphony

20%↑ in revenue from performance fees and ticket sales

â&amp;#x20AC;&amp;#x153;My daughters and our family truly enjoyed the production of Sleeping Beauty here in Saskatoon. So much so, that my husband and I traveled to Weyburn to see it again a few weeks later.â&amp;#x20AC;? - Nancy, audience member, Saskatoon and Weyburn

Debut performance attended by 1,600+ audience members. Our 2016-2017 season will include Saskatoon and Regina.

“Ballet Jörgen is the ONLY ballet company that makes its way to our island. …[the] ballets are entertaining and of a strong technical standard, and the company demonstrates FANTASTIC outreach endeavours that expose so many people to this art form. This is vital, as for many people in our province, ...this is their only exposure to professional ballet.” - Marie Steffen, Dance Representative for the Newfoundland and Labrador Arts Council

Our performance attracted 860+ audience members. In

In 2015-2016 season, Canada’s Ballet Jörgen premiered a brand new full length production, Sleeping Beauty, which was performed in 9 different provinces. Learn more about our travels this season with this report. 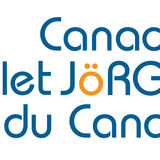