Peak Private Equity? Time for Patient Caution at a Crossroads for Private Capital 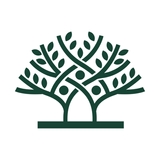 from 2020 Capital Markets Forecast
by Balentine

An estimated $1.4 trillion of committed private equity is uninvested. To put that number in perspective, many suggested we had reached “peak” hedge fund when invested hedge fund assets reached $1 trillion. As we approach the thirteenth anniversary of the largest buyout in history, there is talk of peak private equity. While flows into the asset class are unlikely to recede or stop, they may slow as investors become less satisfied with the asset class.

There is a concern that the $1.4 trillion of uninvested capital has caused private multiples to be bid up to a point at which future returns may be more meager. Additionally, and perhaps more concerning, the traditional spread between private equity and public equity continues to narrow as large institutions are increasingly willing to discount the illiquidity premium the asset class has historically provided. Due to the long-dated nature of private equity, it is both difficult and dangerous to make pronouncements based on short-term data. However, private equity’s historical 300–600 basis points of outperformance over public equity has narrowed in recent years to only a few basis points.

This phenomenon is a result of unprecedented flows into the asset class and the fact that an increasingly substantial portion of the economy remains private as companies delay or forgo going public. In the 13 years since KKR’s buyout of TXU marked the previous top for private equity, there are now 1,000 fewer public companies—a reduction of nearly 20%.

Despite these challenges, we remain constructive on elements of private equity. We continue to believe that private markets provide a clear and sustainable advantage over public markets, with unique and diverse ways to add value. Our philosophy on private equity is to focus on finding managers in niche areas that benefit from market inefficiencies, which is an important distinction to simply investing with the bigger players such as Blackstone, KKR, Carlyle, and TPG. Our managers play an active role in creating value for the underlying investments, which we believe is a repeatable process as opposed to the mere financial engineering in which some private equity managers engage. As such, we continue to find sector-specific managers with track records and approaches that present the possibility of outperforming their benchmarks, even as bigger players in the industry dominate the headlines with limited outperformance.

As a result, we continue to encourage investors to have meaningful exposure to private capital in a diversified manner, encompassing the gamut of funds engaging in venture capital, leverage buyouts, real estate, infrastructure, and natural resources. In this low-return environment, investors who have the requisite illiquidity tolerance should allocate up to 20% of their investable assets in private capital vehicles. However, the overhang of excess cash in funds’ pockets (commonly known in private equity parlance as “dry powder”) combined with diminishing illiquidity premiums mean investors need to be cautious when imitating the endowment model of overweighting private equity. As many well remember, disregarding a portfolio’s liquidity needs was painful during the Great Financial Crisis, even for the industry’s investment behemoths.

Nearly three millennia before the TXU buyout, the Greek poet Hesiod articulated his well-known philosophy of moderation in all things. Today, as we approach peak private equity, we would do well to remember his adage of discernment and finding the right sandboxes in which to play.

This story is from:
2020 Capital Markets Forecast
by Balentine