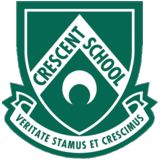 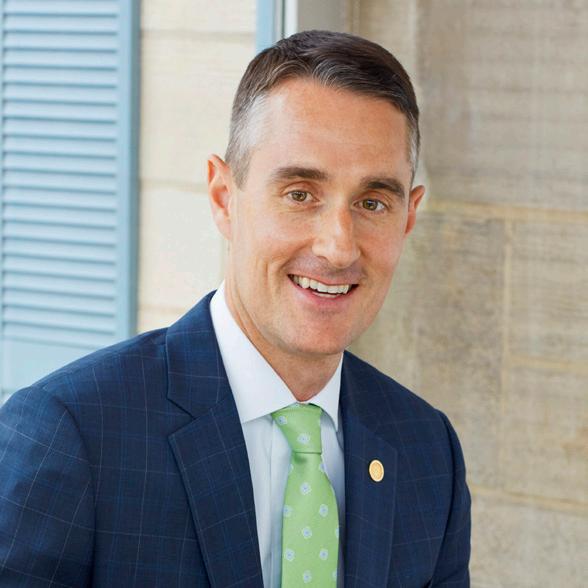 Five alumni reflect on what drives their success

In an industry where HR departments use terms like “culture fit” to disqualify potential hires and Black founders lack access to venture capital, Jordan Grant ’14, Founder of mobile e-commerce business Staats, has defied the odds. After a flurry of internships helped cement his love of emerging and disruptive technologies, Grant developed Staats while still a student at the University of Waterloo.

“I led a project that got me ‘2015 Co-op Student of the Year’ and proved that I could make an impact on the world,” said Grant, whose desire to be a changemaker in technology led him to develop Staats, which topped $100,000 in sales over the 2020 holiday season and is an early player in the NFT (non-fungible token) space.

“I think the lack of an organic network in the tech space or not having a culture within the Black community that would lead a decent handful of kids down this path is a challenge,” Grant said. “Socioeconomic factors might also be a barrier because a $2,000 MacBook might exclude some kids from the ability to dabble with software development, which is a barrier that I never had.”

That said, Grant recognizes the privilege provided by attending Crescent. “Being nurtured through those formative years helped me identify what I loved and allowed me to try different things, which set me on a path to further success,” offered Grant, noting that being the son of robotics teacher David Grant may have shielded him from overt racism at school. “I don’t want to discount common issues Black students face because I know they do, but overall, I had a great experience.”

Grant says mentorship is an important way to balance some of the inequities for Black folks in tech. “I was fortunate to receive mentorship and support from Andrew Lindsay ’97, Andre Charoo ’99, Kevin Murai P’10, ’12, ’15, Nick Haughton ’14, my Dad, and Dr. Chris Macgowan from the Crescent community,” Grant said. He also had the opportunity to network with Black people in the industry through the Black Is Tech Conference and the DMZ Black Innovation Fellowship. He pays it forward by volunteering his time at Crescent student events and the Toronto Black Youth Conference. “When I think of everything significant in my life that I’ve tried, there’s always been people around me who have either encouraged or helped me, so I find it important to mentor others on their journey,” says Grant.

Dr. Toye Ojo ’09 is an Associate Consultant at consulting and professional services firm ZS. He works closely with clients in the pharmaceutical industry to design tailored solutions to their challenging business problems.

He says the lack of diversity among client teams has contrasted starkly with the much more diverse and multicultural settings he experiences in other areas of his life. “Sometimes it’s easy to start questioning if you belong and getting a sense of ‘imposter syndrome’,” Ojo says, noting that this adds to his stress.

It would be easy to ascribe that constant need to always be at your best as typical of any high achiever. However, with the extra pressure placed on Black professionals to be twice as good as their White counterparts, it’s no wonder anyone in Ojo’s position could feel that way.

Ojo mentors within Black organizations like the National Society of Black Engineers and Leadership By Design: Inspiring Youth To Lead. “To see the tangible impact that I’ve had by helping mentees go on to achieve their own success is something I’m pretty proud of,” Ojo said of sharing his experience and knowledge with Black youth.

Another source of pride was attaining his PhD in pharmaceutical sciences (drug formulation) in 2020, a significant undertaking of research and coursework. Ojo acknowledges the academic rigour and close relationships acquired at Crescent, along with the support of his parents and mentorship by Black leaders in his chosen field, were integral to his future success.

“Opportunities to lead and take on responsibilities through things like the robotics program in my last year, while working with a diverse set of students, were helpful in terms of navigating the world we’re in today,” Ojo explained. “I built strong relationships and saw firsthand the power of mentorship and connections.”

“Opportunities to lead and take on responsibilities through things like the robotics program in my last year, while working with a diverse set of students, were helpful in terms of navigating the world we’re in today. I built strong relationships and saw firsthand the power of mentorship and connections.”

Andrew Lindsay ’97 is based in San Francisco as Senior VP of Corporate & Business Development for HubSpot.

Lindsay had experience in a variety of industries before joining the tech sector and cites the importance of having impeccable credentials as contributing to his success. “I started my career on Wall Street, then went to Harvard Law School and Harvard Business School before joining McKinsey, then landed in tech,” Lindsay explains. “So I’ve had experience in several fields with transferable attributes but on day one of any room I’ve walked into, I’ve needed to overcome biases and prove myself, no matter how senior I am.”

Lindsay’s awareness of inequities baked into the system is apparent from the initiatives he supports. He formed a partnership between Howard University, a historically Black university in Washington D.C. and HubSpot to open a new Center for Digital Business to develop the next generation of Black business leaders. He was also appointed by San Francisco’s mayor to chair TechSF, an initiative providing education and employment assistance to residents interested in tech sector employment.

“That sense of mentorship and service was important in Crescent School and I’ve had mentors in basically every job I’ve had. I’ve also taken the opportunity to mentor and offer sponsorships to others to ensure that other people who look like me have an easier path than I’ve had.”

Michael Williams ’85 is the Chief Risk Officer, General Counsel at Richardson Wealth. Though Williams is the son of Trinidadian and Grenadian immigrants, his great-grandfather changed the family name from Quarcoo to “Williams” to reflect a more colonial sensibility perceived to be required to advance in life.

“As I’ve moved through my career, I’ve recognized that when recruiters saw my anglophone name on my resume, it may have helped me to get in the door.” This feeds into the systemic racial and cultural bias that needs to be overcome to advance in your career as a person of colour. Even if you did get in the door, Williams feels there were still formidable barriers to overcome of ingrained bias, unconscious or otherwise, to successfully land the job.

Williams spent his early career as an Assistant Crown Attorney for the Toronto Region as it was an easier path as a Black lawyer to succeed in government than to navigate the racial barriers at Bay Street law firms. He entered the financial district through the Toronto Stock Exchange. He led market investigations and prosecutions, eventually working his way into senior and executive roles in wealth management and global banking and markets at leading financial institutions.

Williams currently sits on four charitable and industry boards and is a founder of the Black Opportunity Fund (BOF), established in 2020. The BOF’s mission is to combat the impact of anti-Black racism in Canada by broadly prioritizing initiatives around education, healthcare, youth, women, social justice, immigration, technology, entrepreneurship, and politics that impact the quality of life in the Black community. “I believe that it is critical to do your best to have a positive and holistic impact, which is more important than the corporate bottom line. With this in mind, being fully involved in the community as a mentor, cheerleader and supporter are table stakes.”

Williams is grateful for his nine years at Crescent, giving a shout-out to Headmasters Chris Gordon, John Tansey and Geoff Roberts who welcomed him, his two brothers and their whole family in a way that other private schools at the time may not have. The support of the small school community enabled him to navigate the realities of racial prejudice and were of great benefit as he moved into the subsequent phases of his life.

Jason Melbourne ’90, Managing Director, Global Head of Distribution at Canaccord Genuity, is also a Black executive on Bay Street who con- curs with much of what Williams has to say.

“I’ve found I’ve had to work harder than the Caucasian individual to stand out,” said Melbourne, adding, “though if you can help people make money, I haven’t found that race or gender comes into the equation.”

At Crescent, Melbourne was Head Boy for 1989-1990, the first Black student elected to that position. “This was a tremendous honour, defined by the school’s great confidence in my ability to lead with respect, responsibility, honesty, and compassion,” Melbourne says. “These traits define my character to this day and have been the foundation of my continued professional success.”

Like Williams, Melbourne took a roundabout route to Bay Street. “I have a BSc in biology from Western University and then got into business school with no experience after undergrad because I wanted to ensure that, if I did pursue a career in medicine, I could manage my money,” Melbourne explains. He loved it so much he never looked back, pivoting from medicine to finance.

“The challenges that exist with being Black in any industry will always exist, but I’ve found that by never quitting, continuing to work hard, treating people with respect, holding yourself accountable, and acting with integrity, I’ve been able to push through to where I am today,” Melbourne said. “These are little details that build character, and though these qualities may not be immediately obvious to the people you want it to be, if your work ethic is consistent you will eventually be recognized.”

He also serves on the board of Lay-Up, providing mentorship in this free program that uses basketball to develop the skills kids need on and off the court. “I spend a week in different priority neighbourhoods meeting with the kids to tell my story, to let them know that these opportunities are available and that working down on Bay Street isn’t necessarily meant to be a White man’s world.”

When Melbourne speaks to his profes- sional and personal trajectory, he is adamant in his praise for Crescent. “There is only one academic institution I give back to every year, and it’s Crescent because they gave me the tools to succeed, the discipline to work hard, and gave me a community of my peers I’m still in touch with today.”

Ironically, what predominantly White institutions like Crescent School may have to offer Black, Indigenous and other students of colour, are tools to help navigate traditionally White spaces. By developing early relationships, confidence, and the coded language necessary to navigate real- world systems not built with them in mind, the Black experience as expressed by these five men is not one solely of trauma and insurmountable obstacles. It is one of hope, change, and actively giving back to their communities.