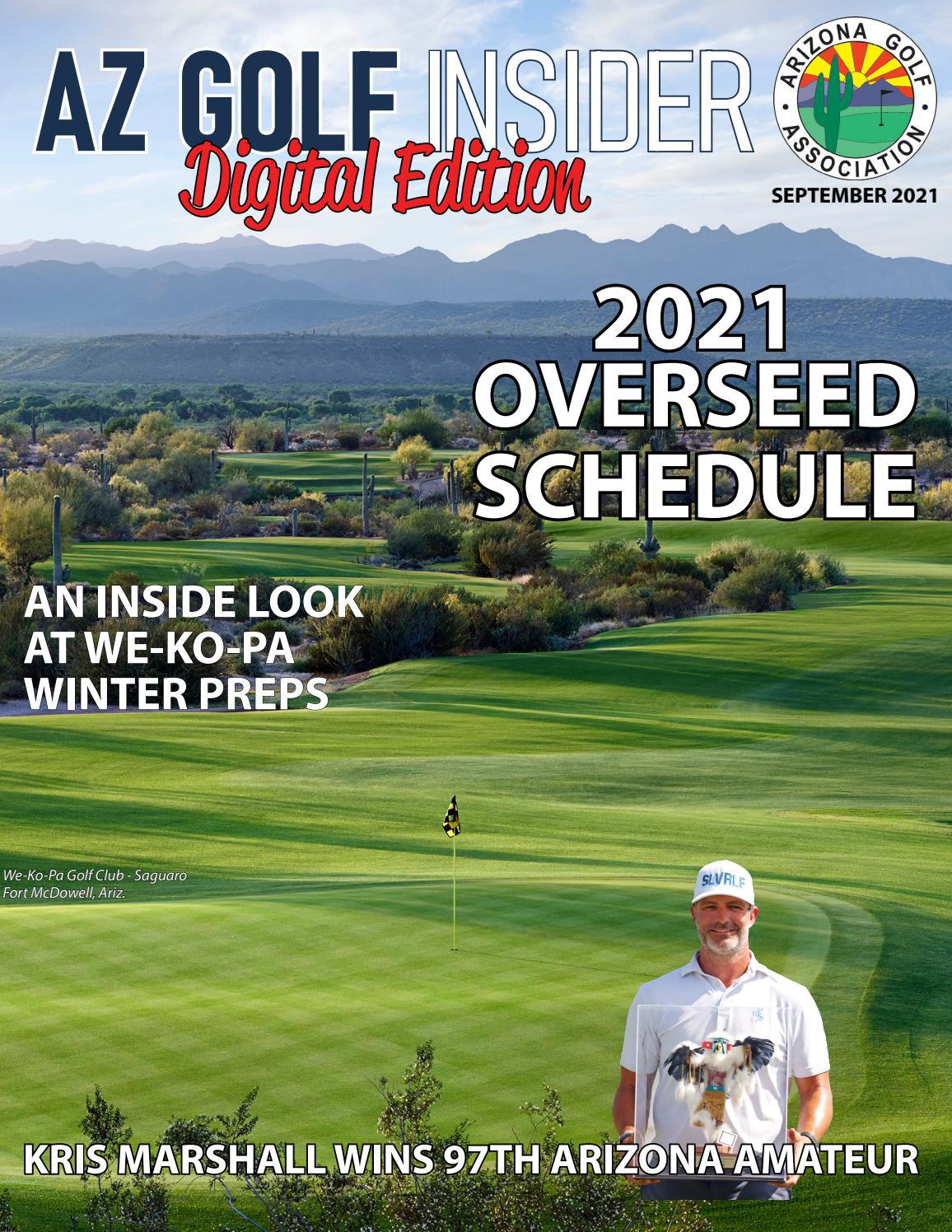 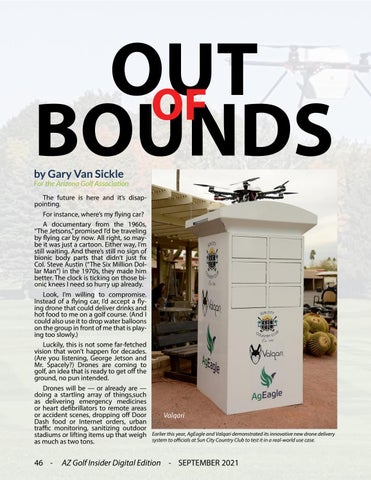 OUT OF BOUNDS by Gary Van Sickle

For the Arizona Golf Association The future is here and it’s disappointing. For instance, where’s my flying car? A documentary from the 1960s, “The Jetsons,” promised I’d be traveling by flying car by now. All right, so maybe it was just a cartoon. Either way, I’m still waiting. And there’s still no sign of bionic body parts that didn’t just fix Col. Steve Austin (“The Six Million Dollar Man”) in the 1970s, they made him better. The clock is ticking on those bionic knees I need so hurry up already. Look, I’m willing to compromise. Instead of a flying car, I’d accept a flying drone that could deliver drinks and hot food to me on a golf course. (And I could also use it to drop water balloons on the group in front of me that is playing too slowly.) Luckily, this is not some far-fetched vision that won’t happen for decades. (Are you listening, George Jetson and Mr. Spacely?) Drones are coming to golf, an idea that is ready to get off the ground, no pun intended. Drones will be — or already are — doing a startling array of things,such as delivering emergency medicines or heart defibrillators to remote areas or accident scenes, dropping off Door Dash food or Internet orders, urban traffic monitoring, sanitizing outdoor stadiums or lifting items up that weigh as much as two tons.

Valqari Earlier this year, AgEagle and Valqari demonstrated its innovative new drone delivery system to officials at Sun City Country Club to test it in a real-world use case. 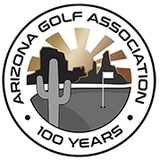