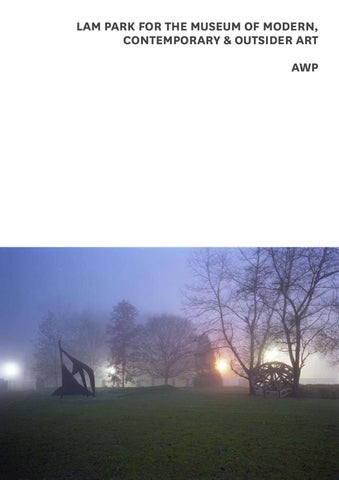 Lille Métropole Communauté Urbaine has commissioned AWP to redesign of the park for LaM, museum of modern, contemporary and outsider art of Lille Métropole, Villeneuve d’Ascq, France, opening its doors the 25th September 2010. The Lille Métropole Museum of Modern Art was built a quarter of a century ago in a verdant surroundings by architect Roland Simounet. Manuelle Gautrand has now designed an extension to the existing building to host the outsider art collection. In accordance with the wishes of donors Geneviève and Jean Masurel, the museum has from the outset been designed as a harmonious union of works of art, architecture and a magnificent sculpture park (Alexandre Calder, Pablo Picasso, Eugène Dodeigne and others). With its two architectural units set in the sculpture park – which constantly attracts many visitors from all the Metropolitan Area, the LaM naturally encourages people to wander back and forth, indoors and outdoors, and allows the works of art to be viewed at eye level, thus fostering intimacy between visitors and exhibits.

LANDSCAPE CONCEPT: This project is based on a reflection on topography and its geometry: a complete redesign of the park through a series of angular terraces and slopes connecting the Museum to a newly designed water promenade. The design springs from the desire to clarify, liberate and enhance the legibility of outdoor spaces, strengthening their relation to architecture and sculptures. The landscape is built up through a series of views framing specific scenes and sculptures and through the articulation of different natures, to foreground the perception of a unique environment. Roland Simounet’s legacy and vision are reinterpreted in a sensitive and contemporary perspective. The park is an extension of the buildings, a special place for temporary installations, ideas, objects and encounters. KEY POINTS: The design focuses on four major interventions. 1/ To create a threshold / piazza connecting Museum, Park and City; 2/ To design an artificial topography: reinterpreting the existing landscape, framing views; 3/ To discover a new relation to water through the design of a river promenade; 4/ To propose three small gardens: nature – elsewhere monochromatic and neutral - is intensified where Simounet’s building meets the new extension.

AWP office for territorial reconfiguration PRACTICE PROFILE AWP (Marc Armengaud, Matthias Armengaud, Alessandra Cianchetta) AWP is an award winning interdisciplinary office for territorial reconfiguration and design. It is based in Paris and Basel (AWP-HHF) and develops projects internationally working on a wide variety of programmes : architecture, landscape design, strategic planning, urbanism ranging from major large scale public projects to temporary installations both in France and internationally. The practice was awarded the French Ministry of Culture’s Prize for Best Young Architects in 2006, and the French Ministry of Transport, Housing and Ecology’s PJU urban planning award 2010. AWP is currently working on the strategic masterplan plan for the development of urban space in the La Défense business district, and designing an iconic 800m long public space just below the Grande Arche de la Défense, as well a series of follies and buildings (culture & leisure). Relevant projects include the Lantern pavilion in Sandnes, Norway, nominated for the Mies van der Rohe Award in 2009, the masterplanning of public spaces and mobility for the 230ha Praille-Acacias-Vernets area, Geneva, the construction of the Evry wastewater treatment plant, France, the sculpture park for the LAM - Museum of Modern, Contemporary and Outsider Art of Lille Metropole, France, the public realm redesign of Capodichino airport and the Ferro-Gomma Hub multimodal park in Naples, Italy (with RSH-P) and a number of international high profile competitions. Our portfolio of clients includes several European cities, metropolitan and regeneration authorities, cultural institutions and developers. AWP also curates and designs exhibitions for major cultural institutions and write regularly books and essays. The three partners have exhibited their work, thaught and lectured at many architectural venues in Paris, London, Milan, Rome, Barcelona, Beijing, Toronto, Belgrade, Tianjin, Winnipeg, Geneva, Copenhagen, Oslo, Trondheim, Tirana, Lausanne, Montréal, New York and many other places.

PARTNERS PROFILE ALESSANDRA CIANCHETTA Alessandra is a partner at AWP and the Director of AWP-UK. Her portfolio of award-winning designs ranges from major large scale public projects to temporary installations mostly focusing on public realm and cultural equipments. Among her latest ongoing projects are the design of a 800 m long iconic public space and follies project for the Jardins de l’Arche, below the Grande Arche de la Défense and around the new Arena 92, the masterplan for the development of all urban spaces in the La Défense CBD, Paris and a series of cultural & leisure small buildings and follies in a Park in Poissy (Fr). Other relevant projects include The Lantern pavilion in Sandnes, No, nominated for the Mies van der Rohe Award in 2009, the sculpture park for the LAM, Museum of Modern, Contemporary and Outsider Art of Lille Métropole, Fr, the public realm redesign of Capodichino airport, the FerroGomma Hub multimodal park, both in Naples, It (with Rogers Stirk Harbour & partners) and a public square for the high speed station in Florence (with Foster & partners). She has also curated and designed exhibitions for major cultural institutions (such as the GAMC, City of Architecture and Heritage and Pavillon de l’Arsenal, Paris, Fondazione Adriano Olivetti, Rome, COAC, Barcelona, among others) written books and essays (Park Guell, Gustavo Gili, 2002, Alvaro Siza_: Private Houses 1954_–_2004, Skira 2004 and Nightscapes, nocturnal landscapes, Gustavo Gili, 2009) and lectured and exhibited her work worldwide. Invited Professor at Columbia University GSAPP The Shape of Two Cities / New York-Paris Special Programme since 2012, Visiting Professor at the Master «Extraordinary Landscapes», Naba, Milan, It, at the Azrieli Visiting Critic at the School of Architecture and Urbanism, Carleton University, Ottawa, Ca, for which she currently directs a theory & design DSA, Alessandra is also a member of the Newham Design review panel in London since 2007. Awarded with the French Ministry of Culture Prize for Best Young Architects in 2006 and with the French Ministry of Ecology, Sustainability, Transport and Housing PJU urban planning award 2010, she graduated from the“La Sapienza” Rome, Etsa Madrid and Etsa Barcelona, she later attended advanced studies on criticism and landscape theory at UPC, Barcelona and Ehess, Paris and worked with José Antonio Martinez Lapeña - Elias Torres in Barcelona and with Franco Zagari in Rome, before founding AWP in Paris in 2003.

MARC ARMENGAUD Founding member of AWP, Marc is responsible for the research and experimental projects at the office, being in charge of curatorial work for exhibitions, publications, lectures and strategic studies. He has directed various interdisciplinary studies focusing on new forms of public spaces, temporary communities and nighttime mobility, for the French Ministry of Culture and Communication and for the City on the Move Institute, PSA foundation. He is currently directing a prospective strategic study about water networks and territorial policies, “le grand Paris de l’eau”, for the group Suez Environnement aiming to establish a relation between public spaces and “inhabitable” infrastructures. He is also curator for an exhibition night in the metropolis for Paris’ Urban Center, Pavillon de l’Arsenal. Marc regularly writes for the architecture magazine D’Architectures and is the author of several books and essays about architecture and perception issues in urbanism: among others, Nightscapes (GG Barcelona, 2009), L’Estuaire est une région bien intéressante (in Revue 3030, Estuaire Biennale catalogue, 2009), Corps à corps de la perception et du territoire (ENSAPM, 2009), Espaces invisibles (publiques) (Voies Publiques catalogue, Pavillon de l’Arsenal, 2006), Drawing movements in the dark (in : Nat Chard, drawing indeterminate architecture, Springer, 2005). Associate Professor at the Paris Malaquais School of Architecture since 2009, Marc directs project studios and regularly organizes workshops and international seminars. In addition he is often invited to lecture and teach at architecture universities worldwide. Awarded the French Ministry of Ecology, Sustainability, Transport and Housing’s PJU Urban Planning award in 2010, Marc studied philosophy at Paris Sorbonne University (DEA) and is working on a PhD in Architecture (University of Paris – Est).

MATTHIAS ARMENGAUD Founding member and director of AWP, Matthias is in charge, since 2003, of the practice’s architectural, landscape and urban projects both in France and internationally (Scandinavia, Italy, Switzerland, China, etc), focusing on public spaces, cultural facilities, infrastructures and large-scale masterplanning. He is currently working on a several-year mission for Defacto to develop the masterplan for the development of all urban spaces in the La Défense CBD, and another mission for the state of Geneva concerning the masterplanning of all public spaces and mobility for the 230ha Praille-Acacias-Vernets area, in the south of Geneva, as well as for the construction of the Evry wastewater treatment plant and that of cultural facilities in Bois le Roi, France. He collaborates regularly with Dominique Perrault (retail towers, harbours, museum projects) and with ADPI (the architecture deparment of the Paris Airport company), both in France and internationally. Founder of the “Troll” label and responsible for several strategic studies about nighttime mobility for the City on the Move Institute and the municipalities of Rome, Copenhagen, Malmö, Paris, Brussels, Barcelona, Helsinki, Rome, Toronto and Belgrade, he is also founding director of MTMA, and urban trends forecasting agency, and a consultant for future cities for several institutions. Currently associate professor at ENSA Versailles (Fr) and visiting professor (expert) at Fribourg (Switzerland) Engineering and Architecture school, Matthias has been invited to lecture and chair juries at several architecture universities (the EPFL in Lausanne, 2009, the ENSA Versailles, 2008, the “Extraordinary Landscapes” master’s program at Politecnico de Milano, 2006-08, Elisava Barcelona, 2005, Marne-la-Vallée Architecture School, 2003-05, among others). He won first place at the Forum des jeunes architects in 2000; the Tony Garnier urban planning prize organized by the French Academy of Architecture in 2001; the French Ministry of Culture prize for Best Young Architects in 2006, and the French Ministry of Ecology, Sustainability, Transport and Housing, PJU urban planning award in 2010, Matthias is a graduate from the Versailles School of Archtiecture, and founded AWP in Paris in 2003. 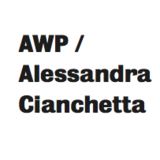 LaM Park for the museum of modern, contemporary and outsider art of Lille Metropole

LaM Park for the museum of modern, contemporary and outsider art of Lille Metropole