Art San Diego to return to Balboa Park By Gina McGalliard Art San Diego, which has the distinction of being our city’s only show specializing in contemporar y fine art, is anticipating record crowds for this year’s event in Balboa Park. The art show was launched in 2009 at the Grand Del Mar hotel and later moved to Balboa Park, where it has been held for the last four years. Ann Berchtold, who founded the show with a partner, wasn’t sure her fledging exhibition would be able to attract the exhibitors or collectors needed to sustain a show that sometimes sells pieces in the six-figure range. However, Art San Diego has steadily increased in scope over the years. “It’s grown probably about 20 percent each year in attendance and exhibitors,” said Berchtold, who has since sold the show to Redwood Media Group, which runs several art shows, among them the well-known Spectrum in Miami and Decor Expo New York. However, she still remains highly involved. Today, Art San Diego attracts galleries from not only North America, but Asia, Latin America and Europe. This year will feature the theme of “meta.morphosis,” which focuses on the changing landscapes of San Diego. “The metamorphosis theme kind of came about informed by the 2015 centennial that’s taking place in Balboa Park and thinking about this kind of ever-evolving art scene in San Diego,” Berchtold said. She is also betting that the Balboa Park centennial will help attract more out-of-town attendees, as the park has seen an uptick in attendance due to centennial-related activities. The LaunchPad artist for this year is Brittany Segal, who was raised in downtown San Diego and was inspired by her artist grandmother and architect father. Segal, who studied fine art sculpture at The Academy of Art in San Francisco, describes her work as “abstract emotional.” San Diegans can see her work at Holsem Coffee in North Park, where some of her pieces are on display. “I don’t know if I fit into a categor y yet,” said Segal, who works with diverse mediums such

Art San Diego Balboa Park Activity Center November 5 – 8 art-sandiego.com as painting, drawing, sculpture, resin, even bronze casting and concrete. For Segal, the distinction of being chosen as the LaunchPad artist represents being recognized in her hometown. “It’s definitely an amazing thing,” Segal said. “I’ve had recognition in different cities, and this is the first time that my work is going to be actually a focus in San Diego. So it’s a pretty big honor . . . It’s a really good feeling, it’s nice to have so much support in the city that you’re from.” Art San Diego will also feature a special exhibition called “The Timeline Project,” a wall installation built of recycled materials that is 120 feet long and 8 feet high. The piece was designed by students from the Media Design School of Digital Art at NewSchool of Architecture & Design. Another program is called “Art Labs,” which involves site-specific installations by local art partners, such as Mesa College and San Diego Art Institute. The program is a way to incorporate local artists into the show and give them experience, Berchtold said. This year’s Spotlight Artist program is called “Arte Cuba,” and will feature an emerging group of young Cuban artists, who will be attending and participating in panel discussions. Given how the show has grown so far, Berchtold is confident that the show she started seven years ago will continue to expand, along with the art collector community in San Diego. “It’s been a really exciting evolution for me to kind of nurture this child from a baby to a child to a teenager, to see it develop into a nationally known show,” she said. —Gina McGalliard is a freelance writer who blogs at ginamcgalliard.com/mcgalliard-matters. Email her at ginamcgalliard@ gmail.com.u 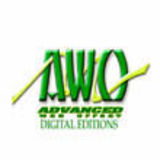