LOVE IN A VOID

UNDER THE ROCKS AND STONES

EXTERN, ARCHITECTUREFIRM Over a ten day intensive externship, produced five axonometric diagrams and two highly detailed renders for an extensive interior renovation of an academic study space at Virginia Commonwealth University. Drawings were ultimately used in both design proposal meetings and for the firm’s RFP for the expansion of the University of Virginia School of Architecture.

RESEARCH ASSISTANT, Somatic Collaborative Assisted in the and production of five models showcasing urban development patterns of resource extraction settlements in South America. The models were slated for exhibition in the 2019 Chicago Architecture Biennial. Also produced over a dozen images for Collective Living and the Architectural Imaginary, a catalogue of 60 seminal housing projects built and unbuilt.

EXTERN, EYP Architecture and Engineering Developed a series of construction documents and visualizations using Revit and Enscape respectively as part of a 5000 square foot university laboratory renovation. Assisted in the organization of project data as art of the firm’s AIA 2030 annual report.

ASSISTANT, University of Virginia Fine Arts Library Manages the circulation of the university’s continually growing fine arts and architecture collection. Supports both university students and local patrons with their research and work.

SELECTIONS CHAIR, Raven Society Head of a four person committee in charge of soliciting and reviewing over thirty applications and nominations as part of a rigorous selections process for potential members.

STUDY ABROAD, CHINA, HONG KONG In one month, visited six global trade hubs investigating and documenting the burgeoning African and Middle Eastern diasporas in order to understand their effect on the urban and social development of an ever expanding China. The research culminated in a month long exhibition of the work at the University of Virginia Elmaleh Gallery.

Co-taught a class of ten second-year students in a class dedicated to the creation of speculative fictions on architecture’s most important precedents. Strongly encouraged a hybrid between diagrams and written text as a way to generate new forms and ideas.

Dance Love in a Void seeks to capitalize on the immense potential found at the corner of 7th and 2nd Avenue in New Yorkâ&#x20AC;&#x2122;s Lower East Side. Not only does there exist a thriving community of art students and professors, the site also expects a sudden influx of new visitors as the 2nd avenue subway expansion burrows its way down the island of Manhattan. The program is an artist run gallery, specializing in dance, music, and interactive exhibitions. These three forms of art are both highly social and highly active, which sustains the energy and movement created by the new subway line. By tapping directly into it with a series of void tubes, the project leads guests through a complex section of programs, transforming a normal subway stop into an experience interjected with short bursts of culture, sound and movement.

CIRCULATE Weave between spaces of creation and observation

VOID This project extends the typical subway entrance into an urban experience centered around light and sound. It offers a connection from the underground to the sky, connecting the two disparate moments of New York life.

Housing This Project began in the footprint of an existing five story apartment building in need of renovation. Sprouting from it are two macro-units composed of four separate smaller units of varying size. This scheme accomplishes two goals. First, the creation of a singular macro unit allows one to implement the project on a wide variety of scales, utilizing different aggregation techniques. Second, the scheme, through a careful choice of exterior connecting stairs, helps foster a sectional relationship between each other, creating void spaces of varying privacy in the hopes of fostering a strong bond between the tenants of this space.

Infill The scheme introduces density while maintaining the slender dimensions of the row houses, allowing systematized housing scheme that can both aggregate and activate interior spaces of the block. Each macro-unit tries to balance the extremely public nature of the stairs with a more secluded garden limited to one family. The close coupling of public and private spaces hopefully creates a sense of community and trust amongst residents.

Library At its simplest level, the library is a space to accumulate and disseminate knowledge, but that deceivingly simple proposal carries significant weight. To receive and give knowledge is in essence the way we construct the world. This notion is taken to its extreme in Borgeâ&#x20AC;&#x2122;s Library of Babel wherein space takes the form of a proto-internet form of knowledge, boundless volumes of information whose order is disorder. This project investigates the relationship between constructed space and knowledge. Through the logic of a spiral, which takes a singular line and creates a field out of it, this project tries to counteract the endless unorganized nature of Borgeâ&#x20AC;&#x2122;s library in favor of a library organized but open to chance encounters.

Theatre The site lies against an ambitious high line type project within central Philadelphia. The exterior landscape responds to one notion of nature in the city (elevated, separated), by creating an exterior landscape that captures the block it sits on. The library then becomes a blur of privacy and publicity. This blur generates a sort of theater around knowledge. This phenomenon is seen both in the cult like performances within Borgeâ&#x20AC;&#x2122;s library and in the communal passing of books in Boulleeâ&#x20AC;&#x2122;s National Bibliothek. This project uses the recursive spiral to create balconies and niches that serve this unintended aspect of the typology.

Democracy This proposed addition to the University of Virginia supplements the Miller Center and its Democracy Initiative which pushes for an interdisciplinary study of the multifaceted nature of democracy i.e. its theory, implementation, and evolution. To understand how the architecture accomplishes this goal, it is first important to realize that this democracy center is not the center of democracy. It is not where world leaders, make, and execute decisions. It is, rather, a place for those who write, theorize, and implement democracy at both the official and civilian level to learn, debate, and challenge their practices in the hopes of finding a better way forward.

UNDER TH ROCKS AN STONE

This proposed University of Virginia pus addition supplements the Miller Cente its Democracy Initiative which pushes an disciplinary study of democracy, its theor plementation, and evolution. To understan the architecture accomplishes this goal, it important to realize that this democracy is not the center of democracy. It is not whe democratic leaders of the world meet, mak execute decisions. It is a refuge for those c ters and their supporting cast- a place for to contemplate their past a future decisio a place for those who write, theorize, and ment democracy on a civilian level to lear bate, and challenge their practices in the of finding a better way forward.

With this idea of retreat and dialogu spaces are organized around two main ples- light, the former inspired by the cong ing effect of the Pantheon’s (and the Rotu oculus and the later inspired by the ancie man bath houses as important social and ical spaces. A series of exaggerated roofs light to enter into the underground level, pu ating the main meeting spaces which woul act as beacons in the shadow cast nature underground level. These roofs are clad wi ginia slate, and their forms mimic both th nacular roofs of the pavilions and, from t terior read as these enigmatic figures em from the earth, which takes inspiration fro abandoned slate quarries in Wales.

The primary structural system reli thickened shear walls constructed of ram concrete, a traditional buidling method u buildings such as the Bruder Klaus Chapel ter Zumthor. The intention is to create a w resistant building envelop with the layered t of rammed earth. The roof is constructed wood. The light that shines through the ro ulus is focused by wood siding that sheat timber trussing that supports the roof. T terior of the roof is clad with slate panels inforce its connection to the vernacular ro UVA.

Bathhouse The project returns the site to a flooded plain. Drawing from Memorial Gymâ&#x20AC;&#x2122;s ice skating pond, along with Manningâ&#x20AC;&#x2122;s 1919 plan, the project respects the ecological and infrastructural forces that run beneath it. The abundance of water makes the bathhouse a natural typology to draw inspiration from. Similar to those ancient precedents, this space is one of both retreat and discourse. 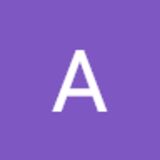