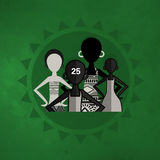 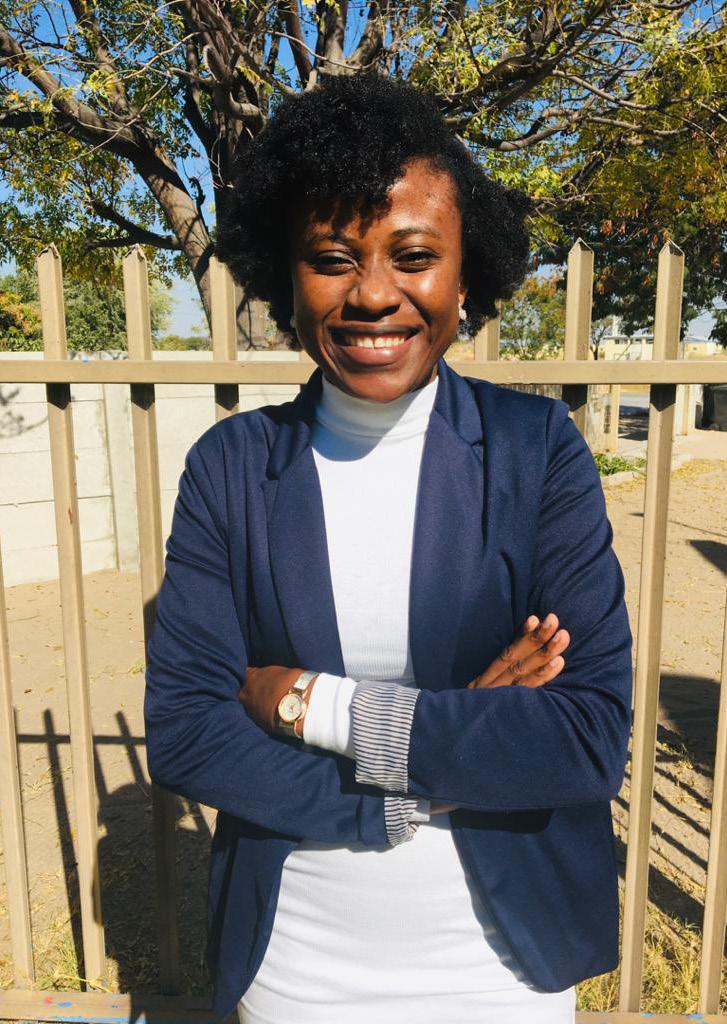 is a Kenyan writer. She holds a degree in education, english and literature from Pwani University. She is published on the Kalahari Review with a satirical political essay entitled “How to become a president in Africa”. Ruth is a wife and mother of two. She is an open-minded feminist, a great cook and a dancer.

Mama Mary met Debbie for the first time in her village church one Sunday afternoon after the service. She was visiting during the earlier stage of the unveiling of the COVID-19 pandemic after being away for a very long time. She never intended to interact with her but something about the way she was dressed attracted her attention.

Who on earth would clad in a long sleeve sweater with a long skirt that ended at the ankles on a sunny day in Mombasa, a city known for its extreme heat? Her face wore an exaggerated makeup and the eyes were hidden in sunglasses.

Mama Mary walked up to where Debbie and her companions stood. - Praise Jesus brethren - Amen, they answered in unison. - I don’t think if we have officially met, said Mama Mary to Debbie. - Oh, yeah. I am Mrs Karisa, the new pastor’s wife. But you can call me Debbie. - Do you have a moment to talk? - Okay.

The two secluded themselves from the rest.

- I am sorry for bugging into your business, but I thought I should tell you that I know what you are going through. - What do you mean? - Cut the pretence, Debbie. We both know that you are having trouble with someone at home. Getting a closer look, I see the purple marks on your neck and busted lips. These are clear signs of physical abuse. From my experience, this is definitely not a one-day occurrence from your two-year-old son. My guess is that it is from your husband. There was an awkward moment of silence.

- It is not what you think. Karisa, my husband, is a preacher and can’t physically abuse me, Debbie said. - That is what you tell yourself. Debbie, physical abuse can happen to anyone no matter your social status. Please speak out and get help.

Suddenly, pastor Karisa showed up and took away his wife.

Mama Mary was named Mary years ago. But the volunteer work she did for women all over Kenya had earned her the title of “Mama” meaning mother in english. She had rescued women of all ages who were suffering from domestic violence. To many men, she was a bad influence on their women and they hated her with passion.

That Sunday, she saw herself through the eyes of Debbie. Twenty years ago, she was just like her. Naive, loyal and in love with her abuser who happened to be her husband. Unlike Debbie, she was married to a tycoon who would pour out his frustration on her body all in the name of having a bad day. Sometimes, he would drink too much and exhibit a bad temper on her through kicks and blows.

This left her with black eyes or bruises all over her body.

Each time that he beats Mary up, he would later show up with expensive gifts to calm her down and buy her silence.

Just like Debbie, she would cover up his mess with makeup and smiles and behave like how a proper African woman is expected to behave by society. Mama Mary saw the same dilemma in Debbie who was choosing between life or the societal expectations of her.

- What was that filthy woman feeding you? Pastor Karisa asked his wife in a harsh tone as they drove home. - Nothing. We were just having a normal fashion conversation. - Better be true. I hate to see you around such a negative influence. That woman has gone haywire and she is running a club of mad women claiming to want equality in status, power, resources and liberation from gender injustices. Such blasphemy! The Bible says in Ephesians 5:22-23 and I quote: “Wives, submit yourselves unto your own husbands, as unto the Lord. For the husband is the head of the wife.” So why is she persistent in living in sin as she prefers to be her own head? Debbie kept quiet the entire time.

When Mama Mary next heard of Debbie, it was during the time the government had restricted citizen’s movements. She heard of her through a conversation with a church member who mentioned that she had been hospitalized. Immediately after the talk, she headed to the hospital oto meet her. She had a sprained wrist and a few broken ribs. According to the nurse’s report, she claimed to have slipped and fallen from the stairs while mopping her tiled floor. But Mama Mary was too brilliant to know that it was just another cover-up.

- You really are persistent Mama Mary, Debbie said the moment she caught sight of her approaching her despite the swollen reddish eyes. - I love what I do with passion. - What is it that you really do? Running a club of mad women? - Oh, so that is what you hear? Anyway, do I look insane to you?

They all laughed. Then a ten minutes moment of silence followed.

- Since the awakening of the COVID-19 pandemic, he has increased the number of times he beats me. He gets offended by everything I do. Since the church services were halted, offerings and tithes stopped coming so I guess that he would undergo intensified financial pressures and burden. The fact that movement is limited, he is forced to spend more time at home unlike in the past and this has made the violence frequent. In short, I am experiencing a double pandemic. - Let me help you stop the emotional, psychological and physical abuse you have been subjected to Debbie. - But he loves me. - Love is not expressed through kicks and blows. So come on honey, you deserve better than this.

Mama Mary helped her dress up, picked her belonging and they left.

As Debbie stepped out of the hospital, she felt relieved. For the first time, she is breathing the fresh air of freedom from a domestic pandemic.