Vertical takeoff and landing (VTOL) capability is intrinsic to current and coming UAS designs. The emerging air taxi market implicitly assumes VTOLcapable aircraft too. In the future, everything from package delivery to people delivery will potentially rise and descend vertically. But there’s a price to pay for VTOL. From drones to air taxis to helicopters and tiltrotors, VTOL aircraft are less efficient in forward flight than fixedwing airplanes. A small Delaware-based startup called Blainjett Aviation is proposing a literal twist on rotor/propeller design to improve the efficiency of VTOL aircraft in forward flight. Blainjett calls its idea dynamic variable pitch, or DVP. The concept is the fruit of theoretical work and small-scale testing done by Blainjett President Cary Zachary. A self-described inventor with innovation experience in the medical device and hydrogen fuel cell fields, Zachary has patented a method of actuating DVP in existing VTOL rotor/ propeller designs Coaxial rotors, tiltrotors and slowedrotor/compound configurations are contemporary variations on traditional rotor/propeller designs aimed at 50

increasing efficiency and top speed in forward flight. You can see them respectively in Sikorsky’s S-97 Raider, Bell’s V-280 and Carter Aviation’s CarterCopter. The aerodynamic principles they’re based on translate to the small UAS we’re familiar with, as well as the air taxi concepts we may see realized. A VTOL aircraft with dynamic variable pitch would rely less on such varied configurations. Imagine a quadcopter SUAS. For stability, the rotor pairs on either side rotate toward the main body (clockwise/counterclockwise). To fly forward, the UAS tilts up at the rear, down at the front. In a similar way, helicopter and tiltrotor designs essentially tilt the rotor disc to transition from vertical climb to forward flight. But changing the angle of attack of the entire rotor assembly induces drag, limiting efficiency and top speed. The dynamic variable pitch idea forgoes the traditional method of changing the rotor angle of attack. With DVP, this transition is accomplished by changing the pitch of the rotor blades through one half of the rotor arc. In a quadcopter DVP scenario, the blades begin to pitch at the top of the rotor arc (zero degrees to the direction of flight). Assuming a clockwise rotation, as they pass through 90 degrees, they’ve pitched up to 15 degrees or more. The pitch decreases as the blades pass through the bottom of the arc and at 270 degrees they’re in the conventional flat, or zero-pitch position. The process is reversed with counter-clockwise rotation. The positive pitch and zero pitch position is held for an extended portion of the rotation. The blades in positive pitch achieve a paddle-like effect, producing thrust for forward flight. The blades in zero pitch continue to provide lift as they travel through the other half of the arc

without producing thrust. This, in turn, gives the outside pitched blades a useful vectored thrust quality. This asymmetric pitch is realized via a cam and flexible plate mechanism which you can see in the accompanying illustration. The effect, Zachary says, is analogous to avian flight. “An airplane uses its wing like a bird does when soaring. A rotary-wing aircraft uses its rotors like a bird does when soaring. But a bird does more than just soar through the air. It flaps. We’ve found a way to use propeller or rotor blades the way a bird uses its wings.” Without the need to tilt an entire rotor assembly (or fuselage) for effective forward flight, a VTOL UAS or manned aircraft is theoretically simplified. Complex and heavy conventional swash plates and tiltrotor assemblies could be replaced or augmented by Zachary’s cam/flex plate design. “The goal is to prove that we’re more efficient overall than any other VTOL aircraft and offer higher top speed with our system,” Zachary says. Along with his two partners in Blainjett, both engineers, Zachary is looking to further develop the DVP concept and cam/flex plate actuator with multiple research and commercial organizations. Zachary says the group has already received informal feedback from aerospace industry engineers and is completing an initial cooperative research and development agreement with Nevada-based Praxis Aerospace Concepts. The company plans to evaluate Blainjett’s innovation on its Quokka UAS before potentially integrating it into its next-model Sandstorm UAS. To accelerate development, Blainjett aims to non-exclusively license the technology. “I want different groups to pass on whatever IP they develop,” Zachary says. “If they develop a twist that improves the concept, they’ll have to share it.”

The May 2019 issue of Unmanned Systems magazine, published by the Association for Unmanned Vehicle Systems International (AUVSI), the world's oldest and largest association dedicated to advancing the unmanned systems and robotics industries. 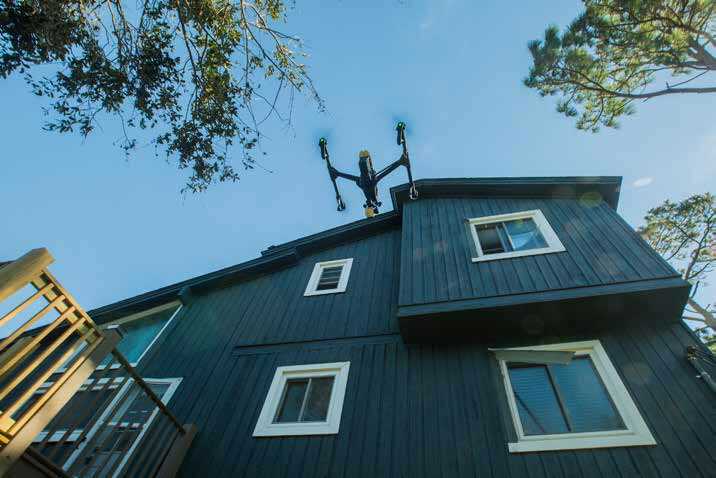 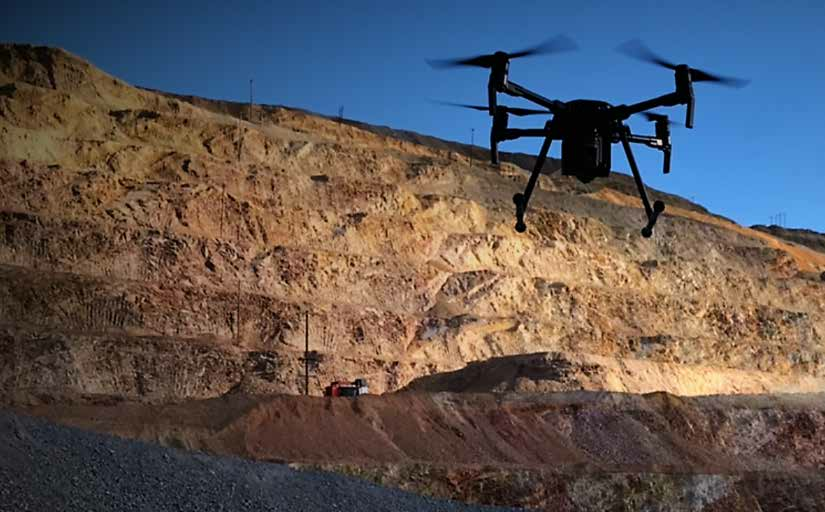 Use of drones brings unprecedented savings to construction, mining industries

The construction and mining industries are finding that using drones can help increase safety and lower costs. 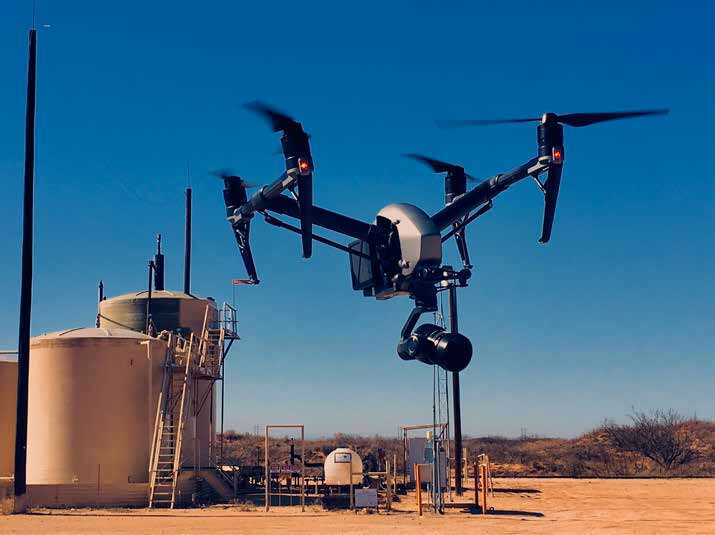 Unmanned systems and robots are revolutionizing the operations and maintenance corner of the energy sector. drone inspections of pipe lines, power lines, wind and solar farms save time and money, and the use of robot crawlers and swimmers is being studied to see if they can do the same.