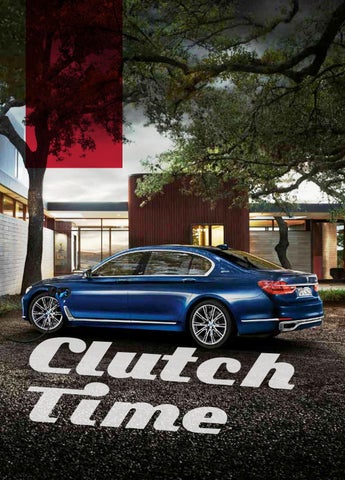 In recent years, the automobile industry has worked hard to develop the technology required to progress autonomous vehicles and has worked even harder to get customers on board with the idea of a car that can drive itself. As the technology behind and the acceptance for driverless cars continues to advance, the one factor that remains up in the air is the infrastructure developments that will be necessary to accommodate driverless cars, and this is perhaps the most crucial element for autonomous vehicles to be ready for the real world. From the local municipalities to the state and federal governments, the key piece missing from the autonomous vehicle puzzle is what upgrades need to be made to the infrastructure including physical upgrades in addition to legislative changes. Just like the infrastructure that was required — and in some cases still is required — for the mainstream use of electric vehicles, there is plenty of work yet to be done for cars to be able to drive without any human intervention. Today’s widespread driver assistance technology allows some functions of autonomous capability, but it looks like we are still years away from seeing a car take us from Point A to Point B all by itself. To get to that point, the first step is an upgraded infrastructure with improved roadways and technology. In-car cameras play a big part of the driverless systems currently in development, so if lane markings, traffic lights and road signage aren’t improved, cars can have a hard time driving. That is, until more in-depth resources such as vehicle-to-vehicle and vehicle-to-infrastructure communications become available.

DOT approved a self-parking feature on the 2016 BMW 7 Series. The driver must be standing within six feet of the vehicle for it to work.

Shreholders have speculated that Tesla’s Model X, with automated doors that sense when a passenger approaches, will one day be used as driverless taxis.

And President Barack Obama recently paved the way for just that thanks to a budget proposal for fiscal year 2017 that would provide nearly $4 billion over 10 years to help bring autonomous vehicles to market faster by setting set up autonomous vehicle pilot programs. Aside from convenience and the added efficiency, the most important aspect of driverless cars is improved safety, since upwards of 32,000 people die on the roadways each year with an estimated 94 percent of those fatalities resulting from an accident that was caused by human error. Separate from this, the U.S. Department of Transportation has its own Smart City Challenge, which will pledge $40 million to the winning

city — due to be announced in June, after press time — to become the country’s first to incorporate autonomous cars and connected technology into their infrastructure. The Smart City finalists were Pittsburgh, Columbus, Ohio, Austin, Texas, Denver, San Francisco, Portland, and Kansas City, Missouri. The winning city will be announced by Transportation Secretary Anthony Foxx. “The level of excitement and energy the Smart City Challenge has created around the country far exceeded our expectations. After an overwhelming response — 78 applications total — we chose to select seven finalists instead of five because of their outstanding potential to transform the future of urban transportation,” says Foxx. uuu

On a smaller scale, there are other examples of infrastructure improvements being researched

such as MCity, created by the University of Michigan Mobility Transformation Center. MCity is a 32-acre facility in Ann Arbor, Michigan, that opened July 20, 2015, to provide a closedcourse environment for private and public autonomous vehicle experiments to be held. The facility includes everything from a 1,000-foot straightaway to more challenging urban landscapes, including a roundabout, roads up to four lanes wide and even fake buildings. Ford Motor Co. is a main sponsor of MCity, and it was the first automaker to test an autonomous vehicle on the course. “MCity is unique in that it’s compact and set up to do experiments that you prefer to do on a private test track instead of on a public roadway, such as a person not paying attention and running a red light,” says Jim McBride, Ford’s technical leader for the autonomous vehicle program. “This ability to create scenarios that are infrequent and dangerous is one of the biggest advantages of MCity.” And what will happen to the current landscape of cities once autonomous vehicles hit the road?

The Illinois Institute of Technology won a prize that aims to find out. According to IIT, “the Nayar Prize is a $1 million-plus prize package established to encourage and challenge Illinois Tech faculty, staff and students to develop breakthrough, innovative projects that will, within three years, produce meaningful results with a societal impact.” The team behind the Driverless City Project is made up of architects, engineers and designers to explore “social scenarios, technical solutions, infrastructural prototypes and model urban codes for the coevolution of human and nonhuman transportation systems.” uuu

Even if the elements to create a functioning infrastructure were in place today, the next problem then becomes how the government can regulate the use of the technology for safety. One such regulation that has been applied to autonomous vehicles recently is in California, where the state said that a licensed driver must still be behind the wheel of an autonomous car during operation. Not only does this mean the day of a steering wheel-free

automobile is still a ways off, it also ruffled some feathers among companies currently testing the technology. Tech giant Google, which is building its own fleet of autonomous vehicles, released this statement last year following California’s ruling: “In de-

veloping vehicles that can take anyone from A to B at the push of a button, we’re hoping to transform mobility for millions of people, whether by reducing the 94 percent of accidents caused by human error or bringing everyday destinations within reach of those

If thIs Is busIness as usual, then you must work wIth people you

TrusT We’re proud to provide the precise positioning technology many UAV manufacturers use to successfully execute dangerous and repetitive tasks without fear or fatigue, on each and every flight. The world’s leading companies trust us to find innovative, collaborative and effective global positioning and navigation solutions to achieve their goals. How can we help you?

who might otherwise be excluded by their inability to drive a car. Safety is our highest priority and primary motivator as we do this. We’re gravely disappointed that California is already writing a ceiling on the potential for fully self-driving cars to help all of us who live here.” Just as the University of Michigan is helping companies develop autonomous technologies by using MCity, the university is also seeing how acceptant people are to this technology, and so far, the results are mixed. A recent study from the University of Michigan’s Transportation Research Institute showed that most people aren’t ready for a fully autonomous vehicle yet, but they still want some sort of partial self-driving ability. This could be a result of the current level of technology that is available today. While the industry waits for the infrastructure and its consumers to catch up, there continue to be major advancements in terms of autonomous vehicle technology and how consumers are reacting to such technologies. Perhaps one of the most pivotal organizations helping to bring more acceptance to autonomous vehicle technology is the Insurance Institute for Highway Safety, or IIHS. The IIHS is an independent, nonprofit organization acting as a privatesector version of the government’s National Highway Traffic Safety Administration, and it now requires vehicles be able to stop themselves in order to receive the highest levels of crash ratings — the IIHS Top Safety Pick+. This highly coveted crash rating is essentially forcing automakers to add the technology on all vehicles including smaller, lower-priced cars, which is a segment of cars that historically force customers to choose between affordability and content. Another technology that is making autonomous technology a reality is

the growing trend toward a selfparking feature. Major automakers such as Nissan and Audi have been developing this technology in recent years, but it is California-based Tesla Motors that has brought this technology to current vehicles. The “summons” feature is available on the Tesla Model S, Tesla Model X and will be available on the upcoming Tesla Model 3, and it allows users to park their car remotely using a smartphone. This technology is, of course, in addition to the self-driving Autopilot mode that Tesla already has on the road. The DOT recently approved BMW to activate the self-parking feature on the 2016 BMW 7 Series sedan. This technology requires the vehicle to be placed in park and turned off with the driver standing within six feet of the vehicle, and then it is able to park itself using the various sensors and cameras. Developing new technologies in-house is both expensive and time consuming, so many automakers are partnering up with tech companies to get self-driving cars to market faster and easier. The relationship between the automotive and tech world has gotten much closer in recent years as the modern automobile operates more like a smartphone, but one of the most recent examples of this partnership is the recent announcement that Fiat Chrysler Automobiles will be working with Google to develop a small fleet of self-driving minivans. Google has been building autonomous vehicles for test purposes since 2009, but this marks the first time the company has worked directly with a major automaker, which in this case is 100 2017 Chrysler Pacifica Hybrid minivans. There is still no official timeline — be it from the government or individual companies — as to when

self-driving cars will start making their way onto U.S. roadways with consumers behind the wheel rather than test engineers, but a handful of automakers are expecting to have something on the road by 2020. As of right now, all of the key components

(technology, consumer acceptance, regulations and infrastructure) seem to be heading in the right direction, so now they just need to get on the same page to make driverless cars a technology of today rather than a technology of tomorrow. 

The threats are real. And increasing every day. if you are responsible for mission-critical PNT applications, let us help you evaluate your risk to jamming, spoofing, or any other threat. Our GPs/GNss simulation platform is the best way to harden GPs-based systems. Put us to the test.

Information on changing technology and infrastructure related to driverless cars.

Information on changing technology and infrastructure related to driverless cars.