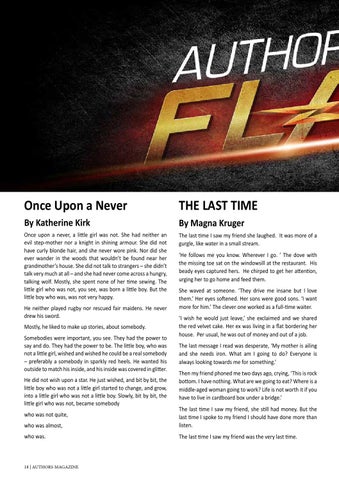 Once Upon a Never

Once upon a never, a little girl was not. She had neither an evil step-mother nor a knight in shining armour. She did not have curly blonde hair, and she never wore pink. Nor did she ever wander in the woods that wouldn’t be found near her grandmother’s house. She did not talk to strangers – she didn’t talk very much at all – and she had never come across a hungry, talking wolf. Mostly, she spent none of her time sewing. The little girl who was not, you see, was born a little boy. But the little boy who was, was not very happy.

The last time I saw my friend she laughed. It was more of a gurgle, like water in a small stream.

‘He follows me you know. Wherever I go. ’ The dove with the missing toe sat on the windowsill at the restaurant. His beady eyes captured hers. He chirped to get her attention, urging her to go home and feed them. She waved at someone. ‘They drive me insane but I love them.’ Her eyes softened. Her sons were good sons. ‘I want more for him.’ The clever one worked as a full-time waiter. ’I wish he would just leave,’ she exclaimed and we shared the red velvet cake. Her ex was living in a flat bordering her house. Per usual, he was out of money and out of a job. The last message I read was desperate, ‘My mother is ailing and she needs iron. What am I going to do? Everyone is always looking towards me for something.’ Then my friend phoned me two days ago, crying, ‘This is rock bottom. I have nothing. What are we going to eat? Where is a middle-aged woman going to work? Life is not worth it if you have to live in cardboard box under a bridge.’

The last time I saw my friend was the very last time.

who was not quite, 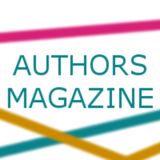