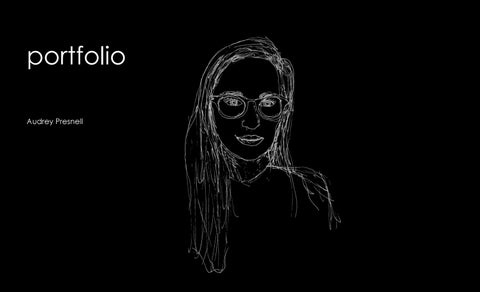 PERSONAL STATEMENT Architectural Engineering Technology student with a passion for thoughtful and symbolic design and the desire to use design to be more inclusive. I enjoy studying interaction between the design and the user, hands-on work, and understanding the perfect blend between art and science.

Mobile Street in the city of Hattiesburg was once a lively street, bustling with activity and businesses. After it was plagued with two tornado hits and a flood, the once bustling street is now mostly barren and forgotten. This project is meant to kick start the revitalization project of Mobile Street.

Offset middle building to create a separate space between the buildings.

Large window walls to create a sense of transparency between the building and the user.

This facade with built in seating encourages the users to interact with the building.

The undulation wall morphs into a bench.

Studio 3 was the task to take an existing famous building of choice and adapt to a certain site, I chose the Robie House by Frank Lloyd Wright. At first, it felt blasphemous to take this famous building and change it on my terms, but the quote by Wright, "the house doesn't determine the site, the site determines the house," helped me to justify my design. With limited space to put the Robie House on this site, I carved into it and created a cantilevered balcony that the driveway runs under. Half of the building is contemporary, which was done to represent how architecture is always evolving. When Frank Lloyd Wright designed his buildings, they were considered extremely modern for that time. Now, we are able to push that mindset even further than anyone of that time could have fathomed. It is a testimony to how architecture is always evolving.

Since this design is a contemporary take on the very modern style of Frank Lloyd Wright, I took his famous red square tile and made it into a mural wall for pictures. This is the new present-day way for free advertisment through social media and another way to educate the public on who Wright was.

This two part project was to design an interactive sculpture that related to my previous project, “Robie Reconstructed,” which was a museum dedicated to Frank Lloyd Wright buildings in the surrounding Mississippi area. This design is inspired by the official logo for the city of Hattiesburg. The interactive part of this sculpture is inspired from the “Bimini Ring Toss” game. A person can stand on an arrow and will be able to toss a string with a ring attached to the end to the center pole, which will have a hook for the ring to hook on to. There are six places to throw the ring, and each of the places will be a plaque on the ground with Frank Lloyd Wright facts.

Sculpture Floor Plan The first part of this project was creating the design. My design was a modern pergola with horizontal slats that turn into built-in seating. The horizontality alludes to Frank Lloyd Wrights â&#x20AC;&#x153;prairie style.â&#x20AC;? Concept sketches

â&#x20AC;&#x153;Hub Cityâ&#x20AC;? Logo The location of the cities of Jackson, Meridian, Mobile, Gulfport, New Orleans, and Natchez surround Hattiesburg, which make it the "Hub City."

This second part for this project was taking the original design and adjusting it to be built within a $2,000 budget. The basic knee brace framing was the solution to be under budget while not compromising the concept and still offering the future possbility to build the modern pergola over top.

The object of this project was to find a solution for unattractive parking lots. We designed for a law firm on a particular site in Hattiesburg, MS. It is a large law office which required a large parking lot. Putting the parking lot on the first floor and making it into a single story parking garage, instead of hiding the parking behind the building, gave the oppurtunity for more green space on the site. Because the first floor parking garage is meant to be hidden, theoretically, only the employees will know to park there. There will be limited parking right off the street for just the clients so they can see a clear entrance and feel invited.

MASSING DIAGRAM The first floor office area is for the clients to meet with lawyers. Parking for clients is available and visible from the street and close to the front entrance. The employees will park in the first floor parking garage, have a seperate entrance into the building and work on the second floor to ensure the clientsâ&#x20AC;&#x2122; privacy.

Designing a mosque for the Islamic Center of Hattiesburg on North 25th Avenue, I went for contemporary rustic feel while still keeping the traditional mosque architectural requirements (minaret, dome, prayer hall, mihrab, minbar, ablution area, and shoe shelf). This design is meant to evoke a sense of protection from the outside with its fort-like wall, while still being inviting with the materials.

The minaret acts as the sun dial

Sun Dial Site To honor the origin of Islam, this site is a working sun dial. Before there were clocks, Muslims relied on sun dials to determine when prayer time was. Although sundials are not used as much today, this sun dial site is a reminder of how long the Islamic religion has prospered. The sun dial site is meant to serve as a homage to the faith.

The ablution area is

The shoe shelf area is usually the last thing thought about in the design of a mosque, so it was important to make this area look like it belongs and to save maximum space while still having an appealing look.

Additions to Pensacola Catholic High School (under construction) 3D model was made with Revit, rendered with SketchUp, and edited with Photoshop.

A day in the life at Quina Grundhoefer consists of red line corrections on DataCad, sitting in on client meetings, making finished scaled models, or creating finished renderings for presentations.

I constructed this model during my first summer internship with Quina Grundhoefer Architects in 2018. When I wasnâ&#x20AC;&#x2122;t making this model I was helping with red line corrections and sitting in on client meetings.

Shalimar United Methodist Scale = 1:20 Made during my second internship with Quina Grundhoefer Architects during the Christmas break of 2018-2019, this model was literally made with my blood, sweat, and tears after an unfortunate incident with sweaty hands and an X-acto knife to the calf. 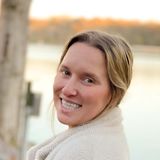