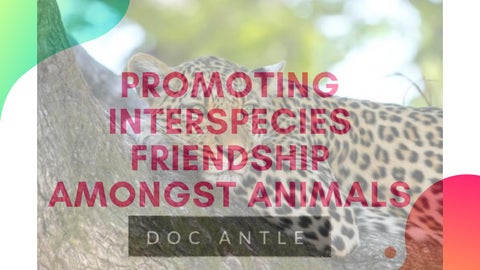 INTRODUCTION Researchers strongly believe that each animal on the planet has distinct tastes and preferences. Therefore, according to them, an Orangutan cannot become friends with an elephant, because they are two distinctly different creatures. The work performed by Doc Bhagavan Antle may just prove those animal experts wrong.

About Doctor Bhagavan Antle Doc Antle is the founder and director of The Institute for Greatly Endangered and Rare Species, or in short, T.I.G.E.R.S. Founded in 1983, T.I.G.E.R.S. is a wildlife education centre dedicated to the welfare and reintroduction of endangered species. Doc Antle was a specialist trainer for big cats before opening this centre more than three decades ago. Today, the centre operates in two separate locations, namely Myrtle Beach Safari and Preservation Station.

Doc Bhagavan AntleÂ has accumulated endangered animals from all over the globe to give them a chance at survival. The main philosophy that makes his institute different from the countless other zoos in the world is that here the animals are kept in their natural habitat and not inside cages.

SPECIAL CREATURES YOU CAN FIND AT T.I.G.E.R.S. mongst the several uncommon animals to see at the centre, here is a look at some of the most popular ones.

ELEPHANT Antle and his team rescued several South African elephants during the early 1980s. However, most perished and only one baby elephant managed to survive their ordeal. She was named Bubbles and is a present-day resident at this institute. Even though she is in her 30s today, her charm makes her one of the favourites in the zoo. Interesting fact â&#x20AC;&#x201C; Bubbles weighs around 9000 pounds.

LIGER While most people are unaware of Ligers, this zoo houses one of these rare animals. A liger is an offspring that results from the mating between a male lion and a female tiger. However, the liger at this location, named Hercules, is no ordinary Liger. He is the largest cat known to mankind, which has resulted in him earning a spot in the Guinness Book of World Records, thrice. Interesting fact â&#x20AC;&#x201C; Hercules is 11 ft tall and weighs over 900 pounds.

CHEETAH Have you ever wondered how fast a cheetah runs? If you have, head to T.I.G.E.R.S. to see the action unfold in front of your eyes. The resident cheetah here, named Ramses, can move at 60 mph. Another animal of South African origin, Doc Bhagavan Antle was crucial in saving and raising Ramses. Cheetahs are dangerously endangered today and may face extinction within a few years. Interesting fact â&#x20AC;&#x201C; Cheetahs need half an hour after a full-fledged chase to catch their breath.

Many of the animals in the zoo have been seen in famous Hollywood productions, including Ace Ventura and many more. Today, many of these animals owe their life to Antle, who nurtured them and ensured a safe, habitable space for them to grow and prosper. One look at the creatures here can showcase how happy and content every animal is when it comes to their new home. 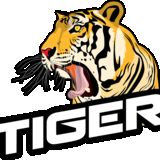 Researchers strongly believe that each animal on the planet has distinct tastes and preferences. Therefore, according to them, an Orangutan...

Researchers strongly believe that each animal on the planet has distinct tastes and preferences. Therefore, according to them, an Orangutan...