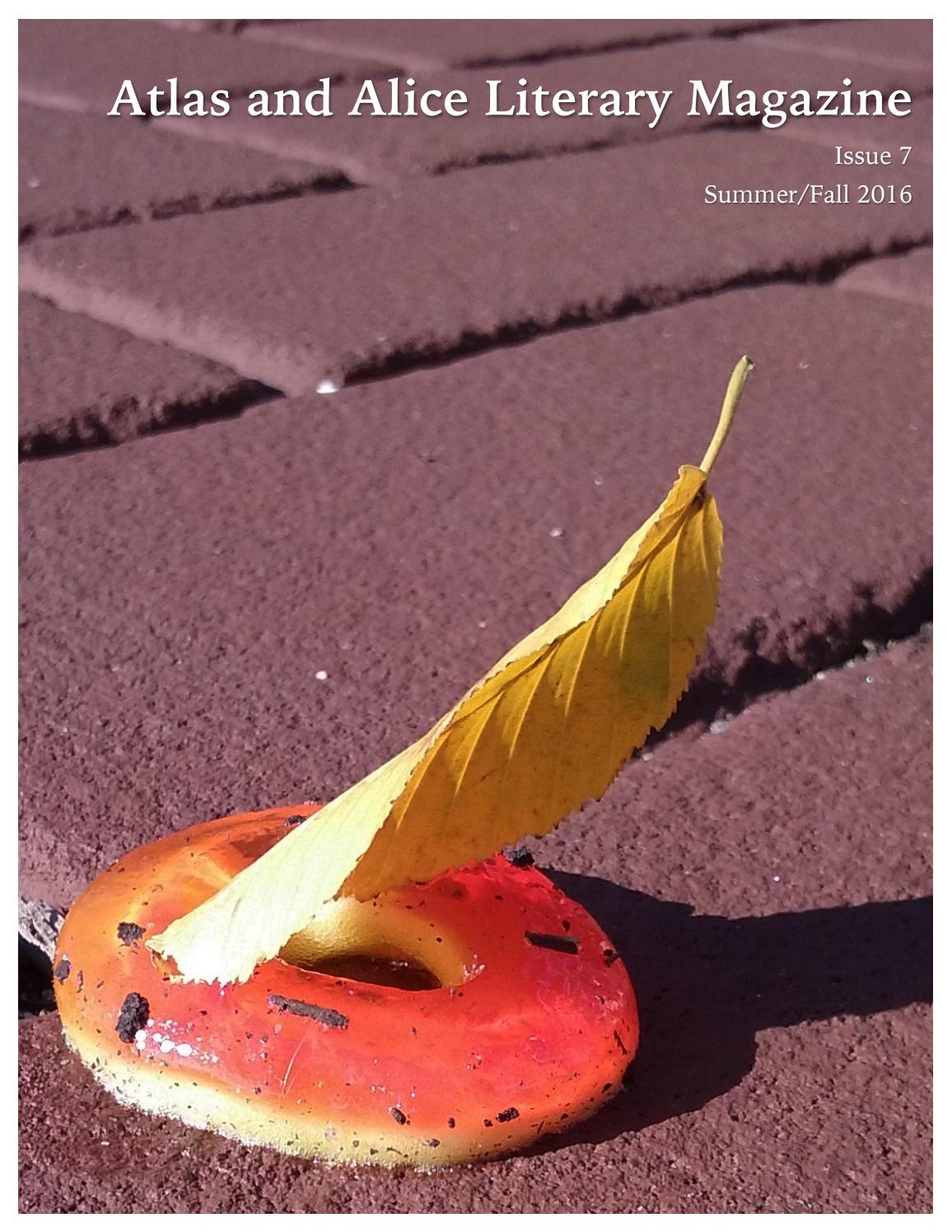 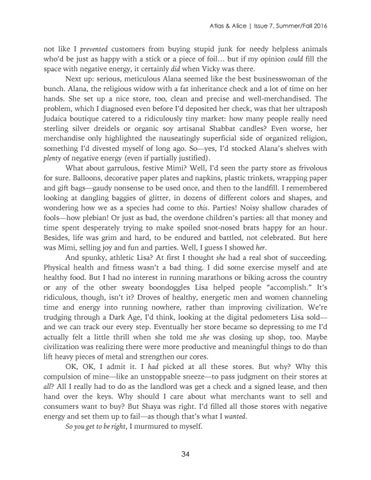 not like I prevented customers from buying stupid junk for needy helpless animals who’d be just as happy with a stick or a piece of foil… but if my opinion could fill the space with negative energy, it certainly did when Vicky was there. Next up: serious, meticulous Alana seemed like the best businesswoman of the bunch. Alana, the religious widow with a fat inheritance check and a lot of time on her hands. She set up a nice store, too, clean and precise and well-merchandised. The problem, which I diagnosed even before I’d deposited her check, was that her ultraposh Judaica boutique catered to a ridiculously tiny market: how many people really need sterling silver dreidels or organic soy artisanal Shabbat candles? Even worse, her merchandise only highlighted the nauseatingly superficial side of organized religion, something I’d divested myself of long ago. So—yes, I’d stocked Alana’s shelves with plenty of negative energy (even if partially justified). What about garrulous, festive Mimi? Well, I’d seen the party store as frivolous for sure. Balloons, decorative paper plates and napkins, plastic trinkets, wrapping paper and gift bags—gaudy nonsense to be used once, and then to the landfill. I remembered looking at dangling baggies of glitter, in dozens of different colors and shapes, and wondering how we as a species had come to this. Parties! Noisy shallow charades of fools—how plebian! Or just as bad, the overdone children’s parties: all that money and time spent desperately trying to make spoiled snot-nosed brats happy for an hour. Besides, life was grim and hard, to be endured and battled, not celebrated. But here was Mimi, selling joy and fun and parties. Well, I guess I showed her. And spunky, athletic Lisa? At first I thought she had a real shot of succeeding. Physical health and fitness wasn’t a bad thing. I did some exercise myself and ate healthy food. But I had no interest in running marathons or biking across the country or any of the other sweaty boondoggles Lisa helped people “accomplish.” It’s ridiculous, though, isn’t it? Droves of healthy, energetic men and women channeling time and energy into running nowhere, rather than improving civilization. We’re trudging through a Dark Age, I’d think, looking at the digital pedometers Lisa sold— and we can track our every step. Eventually her store became so depressing to me I’d actually felt a little thrill when she told me she was closing up shop, too. Maybe civilization was realizing there were more productive and meaningful things to do than lift heavy pieces of metal and strengthen our cores. OK, OK, I admit it. I had picked at all these stores. But why? Why this compulsion of mine—like an unstoppable sneeze—to pass judgment on their stores at all? All I really had to do as the landlord was get a check and a signed lease, and then hand over the keys. Why should I care about what merchants want to sell and consumers want to buy? But Shaya was right. I’d filled all those stores with negative energy and set them up to fail—as though that’s what I wanted. So you get to be right, I murmured to myself.