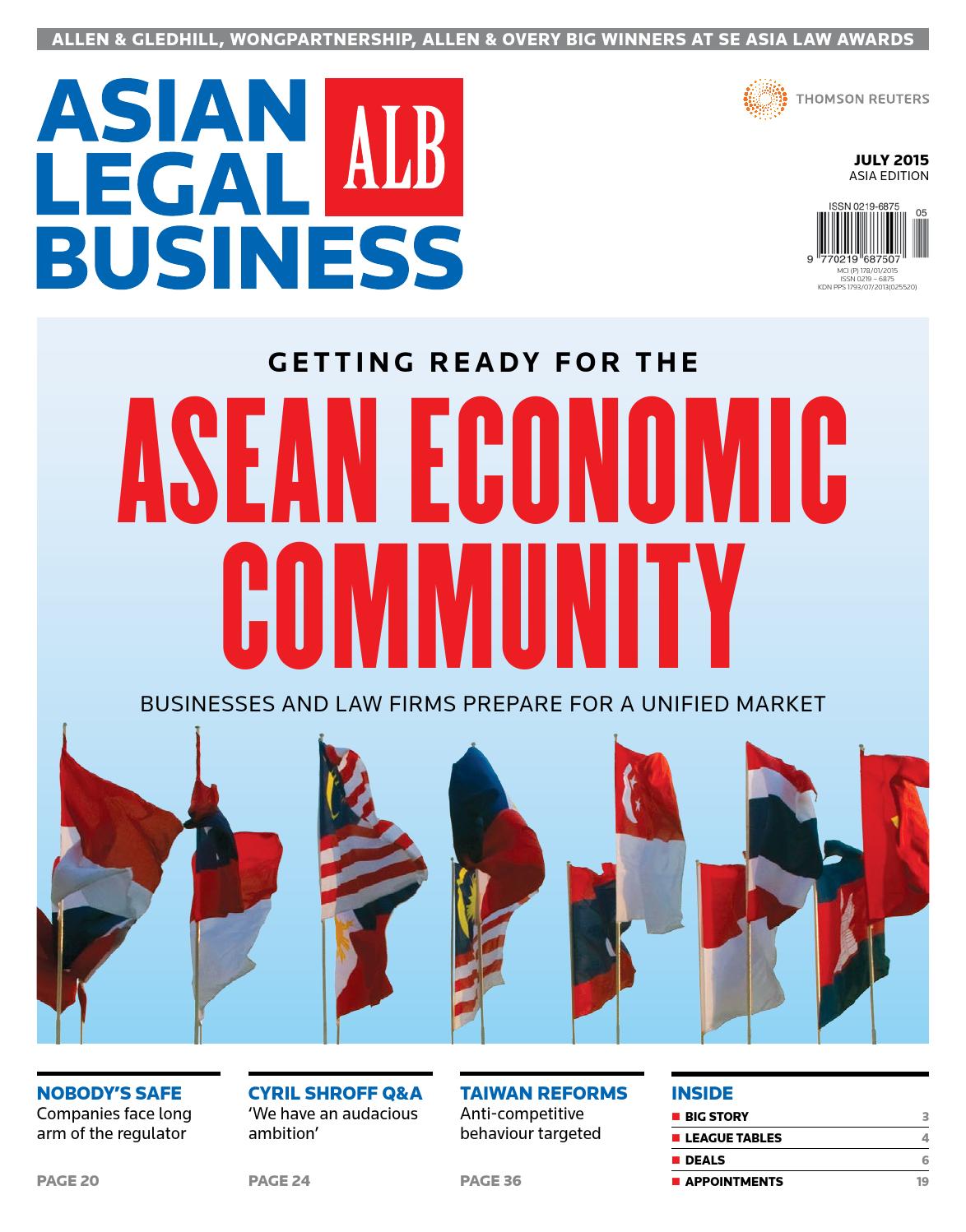 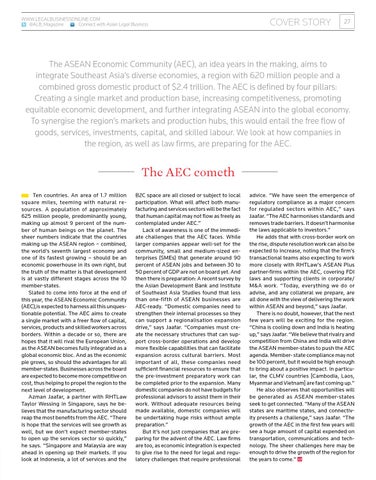 The ASEAN Economic Community (AEC), an idea years in the making, aims to integrate Southeast Asia’s diverse economies, a region with 620 million people and a combined gross domestic product of $2.4 trillion. The AEC is defined by four pillars: Creating a single market and production base, increasing competitiveness, promoting equitable economic development, and further integrating ASEAN into the global economy. To synergise the region’s markets and production hubs, this would entail the free flow of goods, services, investments, capital, and skilled labour. We look at how companies in the region, as well as law firms, are preparing for the AEC.

The AEC cometh Ten countries. An area of 1.7 million square miles, teeming with natural resources. A population of approximately 625 million people, predominantly young, making up almost 9 percent of the number of human beings on the planet. The sheer numbers indicate that the countries making up the ASEAN region – combined, the world’s seventh largest economy and one of its fastest growing – should be an economic powerhouse in its own right, but the truth of the matter is that development is at vastly different stages across the 10 member-states. Slated to come into force at the end of this year, the ASEAN Economic Community (AEC),is expected to harness all this unquestionable potential. The AEC aims to create a single market with a freer flow of capital, services, products and skilled workers across borders. Within a decade or so, there are hopes that it will rival the European Union, as the ASEAN becomes fully integrated as a global economic bloc. And as the economic pie grows, so should the advantages for all member-states. Businesses across the board are expected to become more competitive on cost, thus helping to propel the region to the next level of development. Azman Jaafar, a partner with RHTLaw Taylor Wessing in Singapore, says he believes that the manufacturing sector should reap the most benefits from the AEC. “There is hope that the services will see growth as well, but we don’t expect member-states to open up the services sector so quickly,” he says. “Singapore and Malaysia are way ahead in opening up their markets. If you look at Indonesia, a lot of services and the

B2C space are all closed or subject to local participation. What will affect both manufacturing and services sectors will be the fact that human capital may not flow as freely as contemplated under AEC.” Lack of awareness is one of the immediate challenges that the AEC faces. While larger companies appear well-set for the community, small and medium-sized enterprises (SMEs) that generate around 90 percent of ASEAN jobs and between 30 to 50 percent of GDP are not on board yet. And then there is preparation: A recent survey by the Asian Development Bank and Institute of Southeast Asia Studies found that less than one-fifth of ASEAN businesses are AEC-ready. “Domestic companies need to strengthen their internal processes so they can support a regionalisation expansion drive,” says Jaafar. “Companies must create the necessary structures that can support cross-border operations and develop more flexible capabilities that can facilitate expansion across cultural barriers. Most important of all, these companies need sufficient financial resources to ensure that the pre-investment preparatory work can be completed prior to the expansion. Many domestic companies do not have budgets for professional advisors to assist them in their work. Without adequate resources being made available, domestic companies will be undertaking huge risks without ample preparation.” But it’s not just companies that are preparing for the advent of the AEC. Law firms are too, as economic integration is expected to give rise to the need for legal and regulatory challenges that require professional

advice. “We have seen the emergence of regulatory compliance as a major concern for regulated sectors within AEC,” says Jaafar. “The AEC harmonises standards and removes trade barriers. It doesn’t harmonise the laws applicable to investors.” He adds that with cross-border work on the rise, dispute resolution work can also be expected to increase, noting that the firm’s transactional teams also expecting to work more closely with RHTLaw’s ASEAN Plus partner-firms within the AEC, covering FDI laws and supporting clients in corporate/ M&amp;A work. “Today, everything we do or advise, and any collateral we prepare, are all done with the view of delivering the work within ASEAN and beyond,” says Jaafar. There is no doubt, however, that the next few years will be exciting for the region. “China is cooling down and India is heating up,” says Jaafar. “We believe that rivalry and competition from China and India will drive the ASEAN member-states to push the AEC agenda. Member- state compliance may not be 100 percent, but it would be high enough to bring about a positive impact. In particular, the CLMV countries [Cambodia, Laos, Myanmar and Vietnam] are fast coming up.” He also observes that opportunities will be generated as ASEAN member-states seek to get connected. “Many of the ASEAN states are maritime states, and connectivity presents a challenge,” says Jaafar. “The growth of the AEC in the first few years will see a huge amount of capital expended on transportation, communications and technology. The sheer challenges here may be enough to drive the growth of the region for the years to come.” 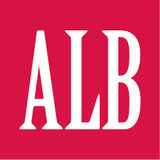 The July 2015 issue of Asian Legal Business magazine (ALB), Asia's leading publication catering to the legal industry, features: Our cover story on the advent of the Asean Economic Community (AEC), and how businesses and law firms across the region are preparing for it; Our in-house section, which talks about how companies are complying with various regulatory requirements; A Q&A with Cyril Shroff, the founder and managing partner of Cyril Amarchand; A report on Taiwan, in Taiwan, where a recent amendment to its Fair Trade Act have laid out a new path for key areas of competition law; The full list of winners of ALB’s Southeast Asia Law Awards 2015; Deals and appointments of the month; And much more