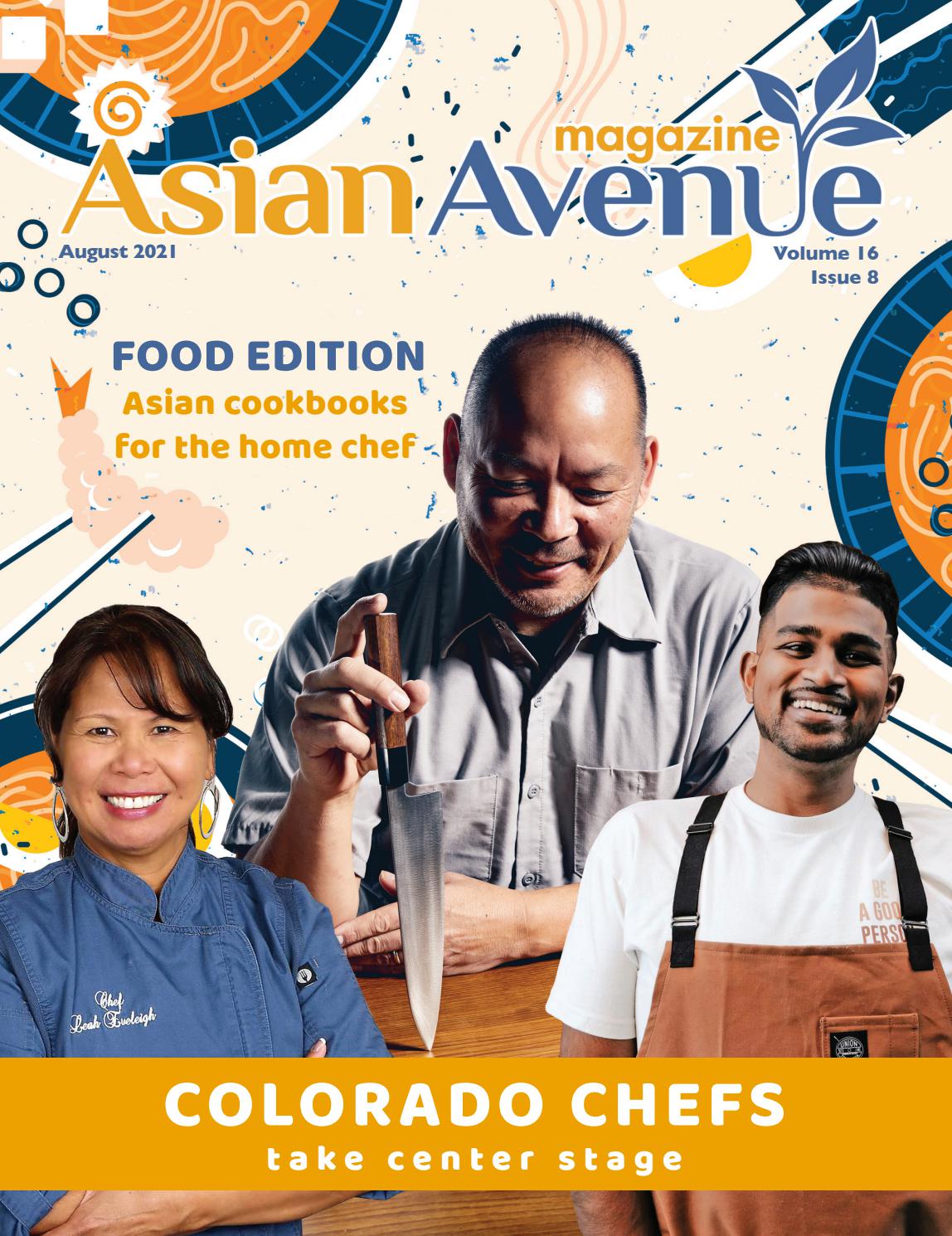 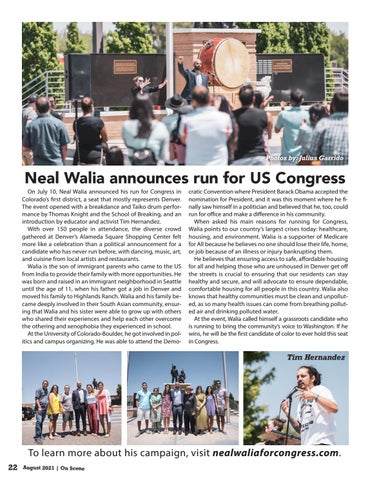 On July 10, Neal Walia announced his run for Congress in Colorado’s first district, a seat that mostly represents Denver. The event opened with a breakdance and Taiko drum performance by Thomas Knight and the School of Breaking, and an introduction by educator and activist Tim Hernandez. With over 150 people in attendance, the diverse crowd gathered at Denver’s Alameda Square Shopping Center felt more like a celebration than a political announcement for a candidate who has never run before, with dancing, music, art, and cuisine from local artists and restaurants. Walia is the son of immigrant parents who came to the US from India to provide their family with more opportunities. He was born and raised in an immigrant neighborhood in Seattle until the age of 11, when his father got a job in Denver and moved his family to Highlands Ranch. Walia and his family became deeply involved in their South Asian community, ensuring that Walia and his sister were able to grow up with others who shared their experiences and help each other overcome the othering and xenophobia they experienced in school. At the University of Colorado-Boulder, he got involved in politics and campus organizing. He was able to attend the Demo-

cratic Convention where President Barack Obama accepted the nomination for President, and it was this moment where he finally saw himself in a politician and believed that he, too, could run for office and make a difference in his community. When asked his main reasons for running for Congress, Walia points to our country’s largest crises today: healthcare, housing, and environment. Walia is a supporter of Medicare for All because he believes no one should lose their life, home, or job because of an illness or injury bankrupting them. He believes that ensuring access to safe, affordable housing for all and helping those who are unhoused in Denver get off the streets is crucial to ensuring that our residents can stay healthy and secure, and will advocate to ensure dependable, comfortable housing for all people in this country. Walia also knows that healthy communities must be clean and unpolluted, as so many health issues can come from breathing polluted air and drinking polluted water. At the event, Walia called himself a grassroots candidate who is running to bring the community’s voice to Washington. If he wins, he will be the first candidate of color to ever hold this seat in Congress.

To learn more about his campaign, visit nealwaliaforcongress.com. 22 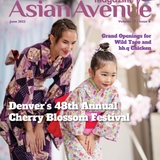