MUSEUM OF THE WESTERN WORLD.

Museum of the Western World.

A GUIDE To The

With 213 photographs and illustrations in the text.

PREFACE THIS guide contains descriptions of the monuments contained within the Suburban Galleries, which are exhibited on the third (3rd) floor of the Museum of the Western World, dedicated to the famed Late Capitalist era. The arrangement is, as far as possible, random. Within the museum at large, the monuments of Late Capitalism are placed chiefly in the Grand Vestibule, a round, open, and centrally located space1 — yet their influence can be felt throughout. In the surrounding galleries, monuments have been arranged however we damn well feel like. For convenience of reference, the monuments have been renumbered randomly with identifiers indicated in Sharpie or perhaps even nowhere at all. We have ceased to care. E.A. PRIMROSE STALWORTH, Professor

Designed as such by architect Phineas Onion to represent the complete and utter moral emptiness of the era.

The exact purpose of this plate and lid long eluded scholars, with many schools of ceramic- and floral-related thought weighing in over the years. Early thinkers suggested the floral motif indicated a reverence for the natural world, with this plate and lid a trove for the storing of sacred plants. However, they were sorely mistaken. (over)

No. 359. Ceremonial platter for worship of Bovine Deity. Soft-paste porcelain, with floral-patterned underglaze and overglaze gild.

The results of close particle analysis on the plate surprised scholars when tests confirmed positive match for milk solids. Decades of theory were thrown into the bin and then swiftly retrieved and revised. Unbeknownst to ceramic and floral enthusiasts, other contemporaneous thought had struggled to provide an explanation for the sheer number of cows in the Late Capitalist era. The Milk Solids discovery provided a clear answer. The Bovine Deity theory — or “Holy Cow” — was the revelatory result. Now widely accepted across all scholarship, the Bovine Deity theory now explains many artifacts in our collection, all of which clearly performed ritualistic functions for the people of the Western World.

Shortly after the emergence of the Bovine Deity Theory, scholars first suggested the escalating sizes of these figurines represented the cycle of death and rebirth commonly associated with Western Worlder deities. However, recent scholarship posits that the varying sizes of these figurines reflect the many challenges afflicting Western Worlders throughout the Late Capitalist era — from the destructive nature of methane gas (the larger figurine) to the well-done steak served with ketchup (the smallest figurine). B 17

While it is not known who the legendary iPod was, scholars can ascertain that he travelled far and wide across the Western World, as many artifacts bearing his name have been excavated from sites dating throughout the Late Capitalist era. It has been suggested (most profusely by Professor Dorcas Whitelock) that this iPod was likely a cleric devoted to the goddess of beauty, as the slightly reflective surface on the reverse of his objects appears to function as a rudimentary mirror. Thus, iPod’s rudimentary mirrors would have functioned in a ritualistic sense, allowing iPod himself to convene directly with the goddess.

No. 869. Rudimentary Mirror of iPod. A ​ luminum, stainless steel and plastic composite.

It is famously known that Western Worlders worshipped cats. Figurines and motifs have been found at countless sites and ancient texts celebrate the feline form. Cats were believed to be not only gods that walked amongst mere mortals, but were protective household deities, as many— if not most— households kept a cat. Figurines and statues such as this would have been kept in much the same fashion— to ward off evil spirits. Perhaps they would also have been used in a ritual, as the free-thinking live cats would surely have been uncooperative for any ritual purposes.

No. 103. Statuettes of Feline Deity. W ​ ood with acrylic paint.

Such a tool as this provided assistance in the preparation of sacred beverages for use in rituals of motherhood. As is known from the myths and legends of the Late Capitalist era, wine was imbibed in a ceremonial fashion, wherein only elite females participated. Many additional artifacts attest to this cult of motherhood and its intrinsic connection to the iconography of wine. This object was of paramount importance in the lives of women, specifically those belonging to the “Wine Mom” cults. No. 752. Sacred Beverage Revealer. Aluminium and steel composite.

Speaking of fun-time deities, ancient Western Worlder oral traditions confirm that the Coccinellidae (“lady bug”) was a deity of luck. Not only did Western Worlders situate themselves in close proximity to the brightly coloured beetle in order to evoke good fortune, but young children often dressed as “ladybugs” during the October festival of death. It has been suggested that this was to ward them against ill omen on such a dangerous and deadly night. This token in particular likely provided a ritualistic function to generate good fortune for the household.

(look up. look waaaaaaaaay up.) A primitive form of transportation, motor vehicles2 were commonplace in the Late Capitalist era (and some scholars argue also hastened its end). As the subject of much myth and lore, it is unlikely that their sole use was as transportation. Rather, the ubiquitousness of motor vehicles indicate the presence of a prolific death cult across all of the Western World. Miniature motor vehicles are also found at many sites in association with children, suggesting indoctrination into the Death Cult began at an early age. Such a diminutive figurine as No. 226 must then have functioned as a symbol of transportation to the afterlife, likely for a funerary ritual. 2

Large enough to carry passengers, these deadly contraptions were powered by inefficient fuel sources, as Western Worlders proved unwilling to harness even the most basic clean energy sources that we use today.

(this one shouldn’t be so hard for you)

Gas-fueled lanterns such as this persisted well into the Late Capitalist era, even while technology to support electricity proliferated. The conclusion that multiple scholars have thus drawn is that lanterns such as this must have been used in ritual. While various scholars have debated w ​ hich r​ ituals the gas lanterns were used in, it is certainly possible that they were used in a variety of rituals, possessing, then, a p ​ an-ritual p ​ urpose. B 191

The proliferation of similar salt-based altars across the Western World during the Late Capitalist era underscores the sacred value placed upon the mineral. Ancient texts believed to have been manuals for potions do indicate a very high level of salt content within foods. It is thus only a minor logical leap to assume that salt figured significantly in their belief systems. By placing a source of light within the altar of salt, the Western Worlders would likely then have uttered a prayer to the Salt God, asking that their soup remain flavourful and sodium levels high. This, like, f​ or sure h ​ ad ritualistic purposes.

The markings inscripted upon this particular artifact have long been a mystery to scholars. “700 MB” is generally believed to be the price of the artifact, with “MB” surely one of the many so-called “crypto-currencies” that proliferated all across the Late Capitalist era. The market value of 700 MB, however, remains unknown.

(oh, shit. now it’s above. what is this nonsense?)

While the prevailing theory places “SONY CD-R” as code that years of study have been unable to even suggest a meaning for, the mystery of the words “XMAS” are of intense, at times heated debate. Professor Theodosia Growden has recently suggested a cult connection, with the “XMAS” possibly invoking the god of the winter season (well-known to be the most highly regarded of gods in the Western World). Perhaps this round object thus carried with it ceremonial value, perhaps even the intent of summoning a god. Otherwise, we have no fucking clue what the hell it is. But it’s definitely ritualistic. B 224

At once both enigmatic and entrancing, No. 456 has been studied perhaps more than any other artifact in the collection and to this day its purpose remains unclear. While adherents to the O ​ ctopus School believe the presentation of this artifact reflects a belief in a many-limbed god, recent scholarship has posited the idea that this is not a many-limbed god, but rather a belief system at once both polytheistic and monotheistic; just as many tendrils flail outwards, all comes from one root. It is certainly possible that one of these tendrils may represent the rumoured “Holy Ghost.” Regardless, this must surely have been considered a form sacred to the people of the Western World. So, if it wasn’t used in a ritual, then what the fuck was it for?

AMY RAJALA Amy Rajala has recently been acredicated as a television and video production graduate from British Columbia&#39;s Institute of Technology. She spends most days thinking about finding an industry related job. Find her on Instagram @amyrajala

Ashleigh Rajala has lived previous incarnations as bookseller, filmmaker, zinester and wayward traveller. She is currently an award-winning writer living in Surrey, BC, Canada with a very fluffy cat and not-so-fluffy husband. Find her online at ​ashleighrajala.com​.

A parody zine of souvenir museum guides, containing descriptions of the monuments contained within the "Suburban Galleries," of the Museum of the Western World, dedicated to the famed Late Capitalist era. Leave reason at the coat check. 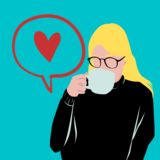 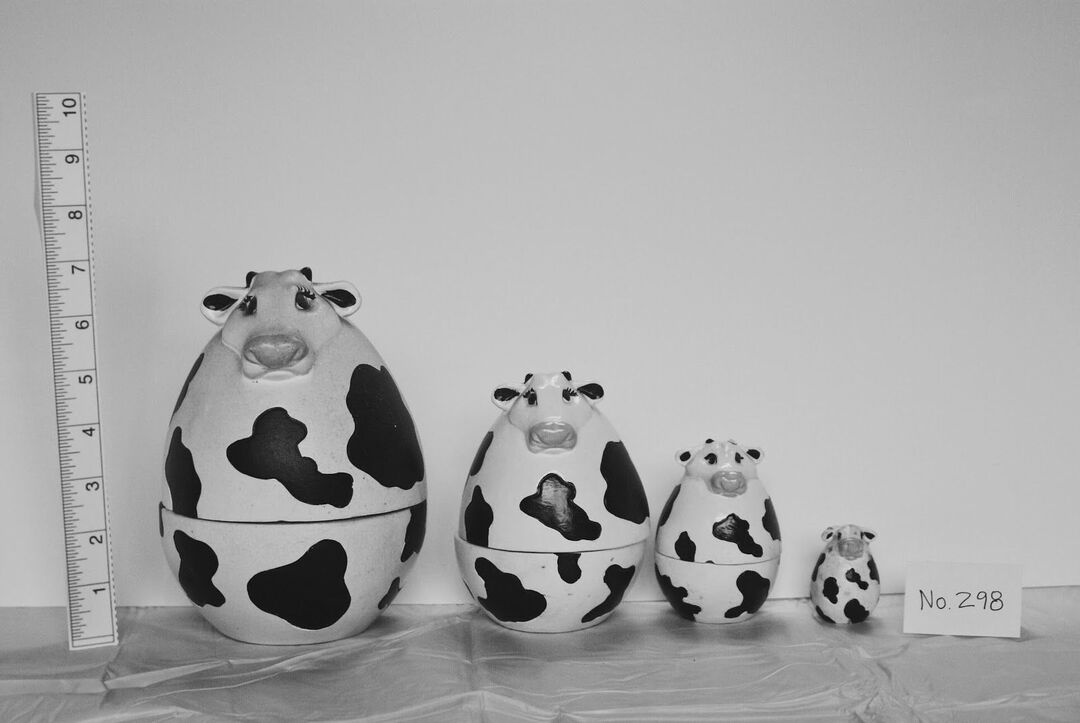