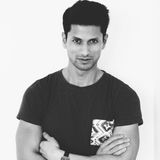 The infamous ‘spring classics’ hold a special place in many a cyclist’s heart. These are tough one-day races like the Tour of Flanders, Liege-Bastogne-Liege and Paris-Roubaix that typically include horrible roads and a lashing from the elements. The ridiculous terrain and bad weather certainly contribute to their masochistic allure, but the major attraction for me is the stories surrounding these fabled rides.

The stories from a hundred years ago when the idea for such races first emerged (usually to promote a local newspaper), the stories of blizzards (like the one that harried San Remo-Milan in 1910) why the start points and routes keep changing (to avoid landslides, or to include a particularly hazardous cobbled descent), and the ones explaining why they didn’t just use normal roads and make it easier (where’s the fun in that?). Cycling is a series of amazing stories written over and over again, and yet we still read and enjoy them. It’s a sport that makes me feel like I know everything and nothing about it at the same time. I see professional cyclists on a TV screen and I can easily imagine being there; everything seems so familiar and natural, but the reality is very different. It’s all planned out: a theatrical drama to benefit the sponsors, a moving billboard orchestra peopled by superhumans.

But like any other orchestra it has to be tuned just right; in order for it to work everyone has to know their place. It’s a constant search for perfection, and if I had to choose one word to describe cycling, it would definitely be ‘perfection’.

The classic races are a true test of this perfection, as teams work hard all year round to ensure they have the best equipment, but it can all go to hell with one unforeseen fault. The riders train all winter only to face the possibility of getting scattered across the cobbles in the first mile, which could ruin a whole year for them. But if it all goes right and the equipment works like it has to, and luck is on the riders’ side, they get to punch the air above the finish line, stagger to the podium and become immortal alongside Merckx, Coppi, Boonen… a dream that any professional rider is willing to risk their life for. I love watching these races because I would like to take part in them one day, too. But I know it’s too late for me to do that on a professional level. So I’ve devised my own way of tasting the grim-faced glory of the spring rides: The Classics Experience.

It’s a project we’ve been organizing for the past few years; through it we try to bring road racing closer to people who started cycling too late to get into it professionally, or the ones who have never been interested in the racing part of cycling at all. Basically, people like me. On the day of a given Classic race, such as Paris-Roubaix, we do a tribute ride. We happen to live near the capital of Slovenia, so that’s where we usually stage them – but the geographical location isn’t want matters.

The start, finish and most of the segments of the ride are thematically and technically similar to the original race. Participants are divided into groups and every group takes care of its riders just like they do in the pro peloton. In this way the participants get to experience the thrill of racing and the intense camaraderie that unites the pro tour teams. It’s not a race but it definitely isn’t a tourist ride either.

This project has brought unexpected moments of selfknowledge and vastly deepened my understanding of bike racing, but most importantly, I’ve gained new friends that I know I can rely on when I don’t want to ride alone. For as long as I can remember, cycling has given me a satisfaction unlike anything else, and the fact that I can share that with other people is what gives me the energy to work on projects like the Classics Experience.

If you feel a sense of longing when you realise you’ll never battle the lethal cobbles of the Tour of Flanders or suffer on the inclines of La Doyenne, then stage a Classics Experience of your own. I can’t recommend it highly enough.

Things change and things don’t change. We’ve worked with NewOrleans historian and cyclist Lacar Musgrove across several issuesof Boneshaker, and a while back she shared with us a scrapbook created by members of the Louisiana Cycling Club towards the end of the nineteenth century. Wecouldn’t resist reproducing a few excerpts from this fascinating, crumbling old collection of thoughtful asides, playful poems, caricatures and cameraderie that shows that in more than a century of riding somuch has changed – the machines, the clothing, theroads – but the heart of ‘cycledom’ remains reassuringly the same.