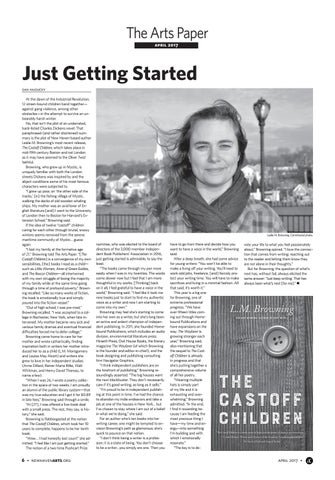 Just Getting Started dan hajducky At the dawn of the Industrial Revolution, 12 street-bound children band together— against gang violence, among other obstacles—in the attempt to survive an unbearably harsh winter. No, that isn’t the plot of an underrated, back-listed Charles Dickens novel. That paraphrased (and rather shortened) summary is the plot of New Haven-based author Leslie M. Browning’s most recent release, The Castoff Children, which takes place in mid-19th century Boston and not London as it may have seemed to the Oliver Twist faithful. Browning, who grew up in Mystic, is uniquely familiar with both the London streets Dickens was inspired by and the abject conditions some of his most famous characters were subjected to. “I grew up poor, on ‘the other side of the tracks,’ [in] the fishing village of Mystic, walking the decks of old wooden whaling ships. My mother was an avid lover of English literature [and] I went to the University of London then to Boston for Harvard’s Extension School,” Browning said. If the idea of twelve “castoff” children caring for each other through brutal, snowy winters seems removed from the serene maritime community of Mystic… guess again. “I lost my family at the formative age of 21,” Browning told The Arts Paper. “[The Castoff Children] is a convergence of my own sensibilities, [the] books I read as a child— such as Little Women, Anne of Green Gables, and The Boxcar Children—all intertwined with my own struggle of losing the majority of my family while at the same time going through a time of profound poverty,” Browning recalled. “Like so many works of fiction, the book is emotionally true and simply poured into the fiction vessel.” “Out of high school, I was pre-med,” Browning recalled. “I was accepted to a college in Rochester, New York, when fate intervened: My mother became very sick and various family dramas and eventual financial difficulties forced me to defer college.” Browning came home to care for her mother and wrote cathartically, finding inspiration both in writers her mother introduced her to as a child (L.M. Montgomery and Louisa May Alcott) and writers she grew to love in her independent studies (Anne Dillard, Rainer Maria Rilke, Walt Whitman, and Henry David Thoreau, to name a few). “When I was 26, I wrote a poetry collection in the space of two weeks. I am proudly an alumni of the public library system—that was my true education and I got it for $0.89 in late fees,” Browning said through a smile. “At [27], I was offered a five-book deal with a small press. The rest, they say, is history,” she said. Browning is flabbergasted at the notion that The Castoff Children, which took her 10 years to complete, happens to be her tenth book. “Wow… I had honestly lost count” she admitted. “I feel like I am just getting started.” The notion of a two-time Pushcart Prize

nominee, who was elected to the board of directors of the 3,000-member Independent Book Publishers’ Association in 2016, just getting started is admirable, to say the least. “The books came through my pen more easily when I was in my twenties. The words come slower now but I feel that I am more thoughtful in my works. [Thinking] back on it all, I feel grateful to have a voice in the world,” Browning said. “I feel like it took me nine books just to start to find my authentic voice as a writer and now I am starting to come into my own.” Browning may feel she’s starting to come into her own as a writer, but she’s long been an active and ardent champion of independent publishing. In 2011, she founded Homebound Publications, which includes an audio division, environmental literature press Hiraeth Press, Owl House Books, the literary magazine The Wayfarer (of which Browning is the founder and editor-in-chief), and the book designing and publishing consulting firm Navigator Graphics. “I think independent publishers are on the forefront of publishing,” Browning resoundingly asserted. “The big houses want the next blockbuster. They don’t necessarily care if it’s good writing, as long as it sells.” “I’m proud to be in independent publishing at this point in time. I’ve had the chance to abandon my indie endeavors and take a job at one of the houses in New York… but I’ve chosen to stay where I am out of a belief in what we’re doing,” she said. For an author who’s ten books into her writing career, one might be tempted to envision Browning’s path as glamorous; she’s quick to pounce on that notion. “I don’t think being a writer is a profession; it is a state of being. You don’t choose to be a writer…you simply are one. Then you

have to go from there and decide how you want to have a voice in the world,” Browning said. After a deep breath, she had some advice for young writers: “You won’t be able to make a living off your writing. You’ll need to work odd jobs, freelance, [and] fiercely protect your writing time. You will have to make sacrifices and living in a minimal fashion. All that said, it’s worth it.” This year is a big one for Browning, one of extreme professional progress. “We have over fifteen titles coming out through Homebound Publications and have expansions on the way. The Wayfarer is growing stronger each year,” Browning said, also mentioning that the sequel to The Castoff Children is already in progress and that she’s putting together a comprehensive volume of all her poetry. “Wearing multiple hats is simply part of my life and it is exhausting and overwhelming,” Browning admitted. “In the end, I find it rewarding because I am feeding the most precious thing I have—my time and energy—into something I’m building and with which I emotionally resonate.” “The key is to de-

vote your life to what you feel passionately about,” Browning opined. “I love the connection that comes from writing: reaching out to the reader and letting them know they are not alone in their thoughts.” But for Browning, the question of what’s next has, without fail, always elicited the same answer: “Just keep writing. That has always been what’s next [for me].” n 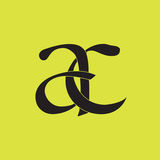