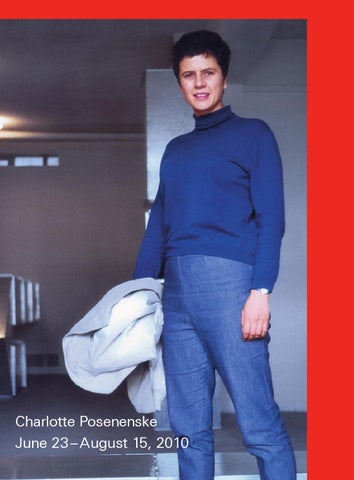 The things I make are variable as simple as possible reproducible. They are components of a space, since they are like building elements, they can always be rearranged into new combinations or positions, thus, they alter the space. I leave this alteration to the consumer who thereby again and anew participates in the creation. The simplicity of basic geometric forms is beautiful and suited to the demonstration of the principles of rationalized modifications. I make series because I do not want to make single pieces for individuals, in order to have elements combinable within a system, in order to make something which is repeatable, objective, and because it is economical. The series can be prototypes for mass production. Series DW (at Fischer’s) is made of corrugated cardboard that is light and cheap: a material for consumption. Often the elements of their combinations are very large in order to alter the spatial environment more thoroughly. They approximate architectural dimensions and for this reason also differ increasingly from the former gallery objects. They are decreasingly recognizable as “artworks.” The objects should have the objective character of industrial products. They are not intended to represent anything other than what they are. The former categorization of the arts no longer exists. The artist of the future would have to work with a team of specialists in a development laboratory. Though art’s formal development has progressed at an increasing tempo, its social function has regressed. Art is a commodity of transient contemporary significance, yet, the market is minute, and prestige and prices rise the less topical the supply is. It is difficult for me to come to terms with the fact that art can contribute nothing to solving urgent social problems. Offenbach, February 11, 1968 Manifesto, Charlotte Posenenske, Art International 12 (May 1968)

As part of Posenenske’s first institutional one person exhibition in the US, every second weekend a different New York based artist will be invited to change the structure of Charlotte Posenenske’s Square Tubes Series D, 1967. A small reception marking each new installation by the invited artists will be held at the gallery from 6-8pm on the following dates:

The Andy Warhol Foundation for the Visual Arts; and with public funds from the New York State Council on the Arts, a State Agency; the New York City Department of Cultural Affairs; and the National Endowment for the Arts. We thank all Members and Friends of Artists Space for supporting our program.

Charlotte Posenenske at the Kleine Galerie in Schwenningen, 1967