It’s one thing to embrace technology. It’s quite another to make it part of you.

PROJECT DESCRIPTION Temporal is a 13-episode dramatic Web series created and written by filmmaker Celia C. Peters. Peters will direct and co-produce the series with Producer, Véronique Duombé. The premise for Temporal’s story was inspired by a February 2010 feature article in The Economist, “The Data Deluge” (2.25.10), which explores how humankind has reached a technological turning point in our ability to create data, thanks to the electronics that are integral to our everyday lives. According to The Economist, “the quantity of information in the world is soaring,” due to humans and their devices producing more and more digital data—e-mails, digitized records and archives, text messages, digital photos, digital video, scanned documents and such. Furthermore, keeping up with and storing the increasingly overwhelming volume is becoming more and more difficult. In 2010, humans are expected to have created 1,200 exabytes of data; one exabyte equals one billion gigabytes.

STORY DESCRIPTION By 2027, our data is on the verge of overtaking us. Whole industries have been spawned from the emergence of “D.O.,” or data overflow. These industries allow society to preserve amounts of data that future generations could never sift through in their lifetimes without the help of computers. Indeed, as people realize just how much the technology they’ve created outpaces them, a kind of malaise has fallen over much of the Western world. Enter Dr. Garrett Harper and his Temporal Chip, which is designed to make the brain work better just when we need it most. The chip is implanted in the region of the brain that governs memory— specifically, the hippocampus, which lies within the temporal lobes. Cyber-technology is evolving full steam ahead and humans must catch up if there’s any hope of remaining dominant over our unbelievably sophisticated devices; the grim alternative is a world where thinking machines have the upper hand.   Garrett’s research is funded by NeuroTek Corporation, a biotech conglomerate that values profit above all. NeuroTek’s powerful but shadowy Board sees everyone and everything it touches as a potential money-maker. NeuroTek has bankrolled research for the Temporal Chip because it wants to be the first to sell the survival of human dominance in the new cyber-era—and the first step is getting under Garrett’s skin. As NeuroTek reveals how truly Machiavellian it is, Garrett realizes that his Temporal Chip may destroy everything he cares about most in the world—not the least of which is his own brilliant mind. In the meantime, Garrett sees his revolutionary invention trigger life-altering changes in everyone around him, and no one is more surprised at where they all end up than Garrett himself.

Celia C. Peters is a filmmaker and artist of the new millennium exploring the horizons of characterdriven work featuring compelling stories and authentically diverse characters. Inspired by influences that include John Cassavetes, Stanley Kubrick, David Cronenberg, Wong Kar-Wai, Ingmar Bergman, Charles Burnett, Maya Deren, Kasi Lemmons, Spike Lee, Steven Soderbergh, Martin Scorsese, Gordon Parks, Michael Hanecke and Catherine Breillat, Peters explores narratives rooted in the emotional complexity of the human experience and strives to create film that challenges expectations while provoking thought and feeling. Her character-driven science fiction script, Godspeed, won the 2011 Screenwriting Award presented by the African American Women in Cinema Film Festival (NYC).  The script was also a selected entry in the 2008 Beverly Hills Film Festival in Los Angeles and the 2008 San Francisco Black Film Festival, in addition to being a quarterfinalist in the 2008 Bluecat Screenplay Competition. In 2003, she was selected for the IFP Project Involve Fellowship (Narrative Group). Her psychologically inspired, character-driven screenplays have been both prize-winning [Roxë15, SFBFF 2004] and recognized in competition otherwise [Ghost, Sundance Writers Lab Finalist, 2003; IFP-Gordon Parks Finalist, 2000].   As a filmmaker, her credits include the short documentary “Rethinking Beauty,” which explores nontraditional modeling as a vehicle for youth empowerment, and the special feature “Editing Uptown,” which Peters produced, directed, shot and wrote in 2010; “Editing Uptown,” is a special feature on the DVD of independent film “Uptown,” which is currently available at major big-box retailers. Her short film “Breakthrough,” which was broadcast on BET’s The Best Shorts series, has screened in film festivals nationally. “Breakthrough” and Peters’ experimental narrative video piece “F*cking Liar,” were featured at the “Patterns, Dreams and Withdrawals” show presented by Kinetic Exhibit in Dallas in 2010, as well as the Cultures Collide Film Festival at the American Theatre of Harlem in March 2009. Her experimental narrative video pieces “Commuters” and “F*cking Liar” were featured in the multimedia exhibit entitled “Flash” at The Prospect Range in Brooklyn in 2009. These two pieces were also shown at the Russell Gallery in Detroit that same year as a video installation. In early 2007, she produced a half-hour documentary, “The State of Hip-Hop” for WHUT/ PBS in Washington, D.C. Peters’ repertoire also includes the conceptual video piece, “Emotional,” which she wrote, directed and produced in 2003. Her short films “319857” and “Commuters,” screened at the 2001 Lower East Side Film Festival in New York. As well, in 2001 she produced an industrial video for the Uniworld Group advertising agency for one of the agency’s premier clients, Burger King. Peters is creator and producer of the dramatic reading series “The Next 15 MinutesTM,” and has directed/produced staged readings at Tribeca Film Center, the National Black Theater of Harlem and South Oxford Space in Brooklyn. Peters is a member of the Writers Guild of America, New York Women in Film and Television and Women in Production. Peters has a wealth of multimedia experience. A seasoned editorial writer, she has been published in print and online. In 2010, she was freelance writer of content for the Empowerment Series of panels at the 2010 Essence Music Festival. She has worked as an editor for America Online, and was a part of the editorial team which launched the BlackVoices web site on the AOL service. Her other editorial credits include The Baltimore Sun, Trace Magazine, Honey Magazine, D.C. Modern Luxury, BET.com, and RevolutionHealth.com among others. Her visual graphic art, photography and video work have shown at galleries in Detroit, New York, and Dallas. In April 2010, she received an Individual Artist Grant for a Harlem-based multimedia photography-based project.   Peters is an honors graduate of University Michigan with a B.A. in French and Political Science, and holds a Master’s degree in Public Policy from the University of Chicago. As well, she has done graduate studies in clinical psychology at New York University. Currently, Peters is in pre-production with her first feature film, an exploratory sci-fi project entitled Godspeed, as well as writing/directing/ producing the illustrated multi-media sci-fi/fantasy Web series Allevon and writing the live-action science fiction Web series Temporal.

Véronique N. Doumbé, is a filmmaker with roots in Cameroon (Central Africa) and Martinique (West Indies). Born in France, she was raised in Cameroon, France and Ivory Coast. Doumbé serves on the Board of New York Women in Film and Television, and she lives and works in New York City. In 2002, Doumbé created Ndolo Films, LLC, a limited liability company for the purpose of producing motion pictures: Narrative, Documentary, Music Video, Television Show. Ndolo Films, LLC has produced award winning documentary and short films.

• “Denis A. Charles: An interrupted conversation,” (also edited by Doumbé), a feature-length documentary, was released in 2002. This documentary received several awards: *Best Video Documentary Production at the XVII Black International Cinema 2002 in Berlin, Germany. *2002 Audience Award/ Best Feature at the First Detroit Docs in Detroit, Michigan. *Ciny Award 2002 / Outstanding Documentary, CinewomenNY Screening Series at the Anthology Film Archives in New York City. • "Luggage," (also written and directed by Doumbé), was released in 2007. This 7-minute film had its World Premiere at the Short Film Corner at the Cannes Film Festival, May 2007 and its US Premiere at the Urban World Vibe Film Festival in New York City, June 2007. The film was awarded: *The Deffie Award for Best Short HDFest 2007 (Runner Up) *Honorable Mention at the Pen and Brush “Hands, Heads, Hearts", a Juried Exhibition for Women of African Descent (2008) • "Water Slide," a music video for the pop artist Scottie Gage has been shown extensively on LOGO, (cable TV) since 2008. • "The Birthday Party," (also directed and edited by Doumbé), is based on a screenplay written by Sherry Mcguinn and won: *The Dikalo Award for Best Fiction Short at the 2009 Pan African Film Festival in Cannes (France). *The Award of Merit in the category Contemporary Issues, Ethics, Religion in the 2009 Accolade Competition. *The Micro Mini Award at the 2009 Reel Sisters of the Diaspora Film Festival.

Theater On the  Levee

Regional Theatre: Up Pig Farm The Overwhelming Of Mice And Men The Shape of Things Much Ado About Nothing The Cripple of Inishmaan Run For Your Wife* 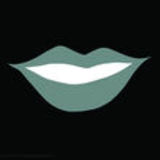