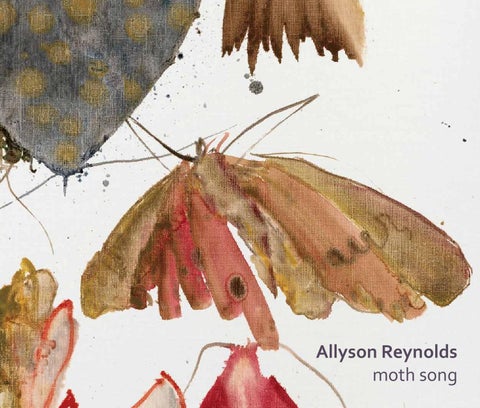 on the occasion of the exhibition Moth Song at Rebecca Hossack Gallery, London in January 2012. Copyright 2011 © artHIVES holdings PTY LTD Text Copyright 2011 © Daniel Mafé Images Copyright 2011 © Allyson Reynolds www.allysonREYNOLDS.com ISBN 978-0-9871970-1-6 Printed in USA All rights reserved. No part of this publication may be reproduced, stored in a retrieval system, or transmitted in any form or by any means, electronic, mechanical, photocopying, recording, or otherwise, without the prior consent of the publisher.

Of repetition and of song by Daniel MafĂŠ 11

Of repetition and of song Daniel Mafé

“There is always sonority in Ariadne’s thread.” Allyson Reynolds, for many years now, has been a keen student of nature. Nature’s forms have always been important to her work, but it would be wrong to see Reynolds as simply transcribing directly from the natural world. For this artist, nature and the natural world represents an elusive invitation and so Reynolds doesn’t so much paint from nature, although resemblance and imitation are clearly evident, as work to render visually and emotionally tangible this invitation. And for a viewer this is no small thing as the invitation is to become attuned and connect with nature as it exists in ourselves, that is to see as nature. Reynolds’ is inviting us as viewers to connect and participate with the nature of nature that is evident in ourselves through the act of perceiving. Reynolds’ work can do this because it is a work born of deep evocation. The sensibility from which it emerges or is transacted is poetic, intensely so, but more than that it works to make of viewing an act of poetry, through a celebration of seeing. Reynolds evocation is born of a deep feeling towards and contemplation of the natural world - it is as though the world lives in her and is now a seamless part of her creative vocabulary. In such personal work there is a profoundly felt and revealed sense of the intimate and like true intimacy it revels in both its dark and quiet, as well as its playful and light, aspects. What is special about Reynolds’ visual poetry is that it able to render this intimacy so accessible. It is an accessibility that is available for the viewer who is able to not only look but also surrender to that looking, accepting and working with the flow of thoughts and associations it occasions.

“But the song itself is already a skip: it jumps from chaos to the beginnings of order in chaos and is in danger of breaking apart at any moment.” As a whole, Moth Song is marked by the mechanism of repetition or refrain. It is through the dynamic of repetition that the works are constituted. The motif of this repetition is the moth. In a way this entire body of work is constituted as a song constructed as a two-part melody, a melody nurtured by an involved and prolonged study of the moth. I will look at this two-part melody one aspect at a time. The first should be understood as a taxonomy of sorts. Each painting functions as a taxonomy not in the way of science but rather as a wunderkammer, a cabinet of curiosities, where homage both real and imagined is paid to the moth as fluttering wonder. The painted elements of these works swarm as though before an unseen light source, engaging in a veritable ecstasy of motion and type, real and imagined. These taxonomies of Reynolds are vibrant meditations - subtly yet luminously and joyously coloured. They are each a liquid reverie of paint that dream moth-entities into being. Up close they are magical. Paint pools, and flows, and blends, all emergent and fulgent. From a distance these paintings appear to radiate their own clean and clear light as they frame, within the white of their ground, a plethora of subtle and vibrant colour contrasts as scintilla. All here is as radiant joy. They revel in what feels like a celebration of the very luminosity attendant in living itself. They bear material witness to the miracle of nature’s proliferation and the sheer overwhelming variety of type and difference in nature’s life-forms and species. “The song is like a rough sketch of a calming and stabilising calm and stable, centre in the heart of chaos.” The second aspect of the two-part melody acts like the first’s shadow. It is a musically complex yet exquisitely subtle drone of imagined sound, scored for our mind’s ear by Reynolds in sombre yet smouldering atmospheric shifts of monochromatic tone. The second part is called Score for Imagined Sound and seems on the surface a very different body of work. Its origins are in a series of works made a number of years ago that detailed investigations of

moths’ wings as seen through a microscope - the scaling observed provided a template for a more directly process orientated approach in making which consisted of covering the canvas with closely drawn parallel marks. Oddly, the process of their making is uncannily similar to the previous work. Paint is laid down of differing consistencies and densities and allowed to find its own way as the amount of medium used is varied. Sometimes the paint will pool and flow almost wildly while at other times it is disciplined and striated, giving rise to the overall striped feel of their construction. These are subtle and complex works, silky smooth and masterful in both their vision and their form. And yet such rigorously constructed work offers a surprisingly broad range of poetic images. On the one hand these richly sombre works seem attuned to or capable of channelling the barely audible basso profundo that emanates from the dark mass of the earth itself. And on the other hand these are paintings of the night, maybe the nocturnal reveries or songs of the moth itself. Repeated, chanted, and intoned are terms that recur for me in looking at these paintings. There are subtle perceptual and conceptual shifts and twists to viewing this work - what one knows to be there is not necessarily the same as what one sees or imagines. The viewer’s seeing is occasioned to both create and dream and in this way seeing becomes generative. Seen in its entirety as a single, long, assembled mural, it presents a terrible but also a wonderful mineral landscape, composed of molten, curtained, crystalline forms ever shifting, a rhythmic field of breathing, inspiring delight, awe and wonder. “One ventures from home on the thread of a tune.” Moth Song is a richly contrasting body of work - a two-part melody. As a whole and in its subtle and evocative way, it sings of joy, life and death, light and dark, abundance, difference and variegation; all is accepted. Moth Song is a song we need to pay attention to and we can only be grateful that Allyson Reynolds has sung it so adeptly and with such feeling.

All quotes are from “Of the refrain”, in A Thousand Plateaus by Deleuze and Guatarri. 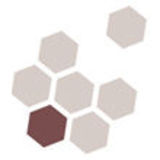 The paintings in this book focus on Allyson Reynolds’ continued exploration of the moth motif. They are presented here in two bodies of w...

The paintings in this book focus on Allyson Reynolds’ continued exploration of the moth motif. They are presented here in two bodies of w...