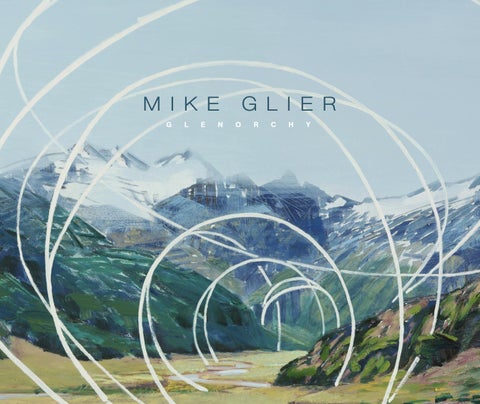 “Marie and I found an artist yesterday over by Phillipa’s.”

scheelite. Glenorchy was once the heart of scheelite mining and much of the world’s fine grade tungsten came out of the mountains sheltering the township, especially

Rosie was driving me home from the airport after a few weeks in the States. It was

during the two world wars. A paved road only arrived to Glenorchy in the last 15

years. It is still very much a place that prides itself on being at the end of the road and beyond it, the wild.

“What was he lurking in the bushes with a paintbrush?” Glenorchy is a town of 250 regular residents, but swells with tourists throughout “No,” Rosie laughed, “he’s come from America to do some kind of artist in

the year, who come for access to the World Heritage protected wildness beyond it.

residence for a few months. He’s an academic from some college in the East you’ll

The wooden signpost at the edge of the village reads, “The Gateway to Paradise”,

know. I’ll have him round for drinks tomorrow and then you and he can talk you

and for over 150 years, the district has been home to those who’ve worked the land

and equally those who’ve dreamed it, as artists, writers, painters, and filmmakers.

“How did he end up here of all places?”

Early into his tenure, as Mike learned the pleasures of village life, where a few extra cucumbers or a bowl of raspberries might appear unexpectedly on his doorstep if

one of the Ferris sisters had been harvesting, we asked if he would give a talk about his work. He agreed and on a perfect summer night, Mike spoke for an hour in

And so was my introduction to Mike Glier, as a day later, sitting in Rosie Ferris’s

the town hall, showing his paintings of the arctic and Amazon. We sat quietly in

sunny front room, Mike, wearing a light blue shirt and a cap to keep his head

the hall, 40 or 50 of us. Later, Mike joked that proportionally this was the biggest

from the promise of a New Zealand sunburn, and me in charge of asking “useful”

night of his professional life, since a fifth of the town had turned-out.

questions. With little plying besides a glass of local pinot graciously poured by Rosie, Mike began to share the story of what had brought him from New

Slowly we began to absorb his colors, the shape of his forms, his intuitive response

York to Glenorchy, from NY to GY as it were. He and I had this in common. I

to the absence of middle ground in the Arctic, the collapse of distance in the

rainforest. Mostly we bathed in his colors. This was, I thought, a man who might,

Mike had come to suffer through that problem and to paint “en plein air.”

as people move in and out of a long conversation on a summer’s night. By the end

of the evening, Mike’s project was bigger. We all felt invested in it. In his having

most unique places in the world. Until 50 years ago, the only way to arrive into the

shared of himself in the hall, he had opened himself up to the deep current of

community was via a 1912 coal steamer ship which docked, like a miniature Titanic,

generosity that lies as the granite beneath this landscape. Everyone wanted to help

even if no one knew how.

tourists, tucker, and trade, and left once again heaving with sheep, timber, and

We were keen to know what Mike was painting and what gems he was discovering. Was he getting the colors right? It was a drought year and things were not as they always were. Would he reflect back to us colors we didn’t know? Who could point him to the places where he might see more? Could he lend a hand on another artist’s project where she was stuck? Would he come round for a dinner? Could we see the paintings or would we have to wait? The truth was, we wanted him to find our specialness. 3

only the enormity and volume of the space, but also the dialogues of base natural

the land. We wanted to see what it is we feel living here but don’t have words to say.

elements, most especially the dialogues between water, plant, and stone.

back to us the elements as they are. The ever-present richness of the sound and

shape of rivers and waterfalls, the hulking shoulders of the mountains that simply

majestic white being moving like a swan across the rippling blue mountain sky.

inhabit one’s unconscious here, the heavy-lightness of glaciers, the long white cloud, fallen beeches carpeted in moss nursing a new generation of future giants, and the

The arcs across the Rees Valley captured in February 15, 2012: Rees Valley, New

tussocks blowing in the wind in the same way one runs fingers through a lover’s hair.

Zealand 2 carry that sonic nature of the valleys. In what might be a static visual

They are all here. Elementally. With no foregrounds or backgrounds in which to get

landscape, Mike draws us into the conversation among the mountains and the

ones shoes stuck in the mud.

wind, the way the light bends, the way the wind shapes. In this he captures not February 17, 2012: Mt. Earnslaw, New Zealand, 70ºF 4 captures the essential nature of a post-glacial landscape where the lake and river waters are colored by rockflour, stone particles so fine that they cannot separate out in the water. They create their own pallet of blue-green that Mike uses here to be both the color of the lake and to capture the cascading waterfalls. Here he paints the power of water set in juxtaposition to the angularity of the landscape, where the weight of glaciers have smoothed whole mountain ranges into flat planes, resting one against the other in cubist simplicity. The sheer golden face rising up from the water mirrors most perfectly the view of one of Mt. Earnslaw’s lower faces known locally as “the Leap.” 1

The great contrast of scale are difficult to capture in this landscape, where one

the clouds to become that summer swan of the sky, when the sounds of the landscape

take the shape of long arcs refracting the summer light, we see not only the landscape

in darkening shadow almost predatorily, such as in January 26, 2012: Routeburn,

in front of us but also the images sprung from it. A place loves nothing better than

to have itself reflected back by someone with a commitment to share his own vision honestly within it. I believe we all saw something new of ourselves, and something

For me, though, it is Mike’s understanding of the region’s blue which resonates so

powerfully. Mountains produce their own colors, of course, and at different times

mountain shadows of the summer of 2012.

of day, the Richardsons and the Humboldts dress in olive and dun green, sometimes tawny with tussock and capped with white snow and shining grey stone. But in the

afternoon, when the sun slides from them, they turn to a rare blue that speaks of constancy, commitment, and permanency. In February 6, 2012: Routeburn, New Zealand, 76ºF 6, it is this blue that stands behind the changing faces of the waterfalls and holds their backs against the great heights from which they tumble. This is the blue Captain Cook saw as he first sailed among the fjords of the west coast. This is the blue that holds quiet promise. And as Mike found when he left New Zealand, this is the blue that gets into one’s soul. Like a glacier. Slowly. Permanently. A few days before Mike left, he climbed the Routeburn Track to Conical Hill. Conical Hill is a misnomer as it is a challenging climb up vertical rock faces and under massive

boulders, to eventually arrive at the pinnacle where one can see not only the landscape recently traversed, but also straight out to the Tasman Sea. When I saw Mike the day after he returned, still rubbing his tired feet, he told me that he felt he was fully in New Zealand as he climbed up Conical, but as he turned to head down again, he knew his feet were now facing New York once more. I believe that trip up the Routeburn stayed with him the most deeply of all of the walks he did here and that what came to him in the walk up through the flats, the falls (January 26, 2012: Routeburn, New Zealand), the Valley of the Trolls, (March 7, 2012: Low Clouds above Routeburn Falls, New Zealand 7) and finally out above tree line into the landscape of sheer element – cloud, wind, water, and stone (March 7, 2012: Lake Harris, New Zealand 8, and March 7, 2012: Mt. Xenicus, New Zealand. 9 ) – has come back to live in the paintings. As someone familiar with the landscape, I can say that what moves me most is that they feel like the land to me. Capturing something as capacious as this place in feel is a remarkable feat indeed. 9

Mike’s painting changed us in that now when we see the afternoon blue silhouettes in the hills, his images are among the ones we see as well. When the wind wraps herself in