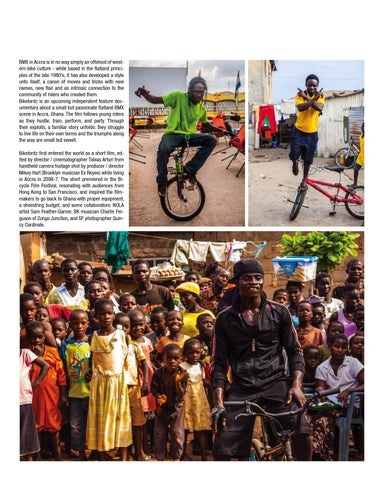 BMX in Accra is in no way simply an offshoot of western bike culture - while based in the flatland principles of the late 1980â&#x20AC;&#x2122;s, it has also developed a style unto itself, a canon of moves and tricks with new names, new flair and an intrinsic connection to the community of riders who created them. Bikelordz is an upcoming independent feature documentary about a small but passionate flatland BMX scene in Accra, Ghana. The film follows young riders as they hustle, train, perform, and party. Through their exploits, a familiar story unfolds: they struggle to live life on their own terms and the triumphs along the way are small but sweet. Bikelordz first entered the world as a short film, edited by director / cinematographer Tobias Arturi from handheld camera footage shot by producer / director Mikey Hart (Brooklyn musician Ex Reyes) while living in Accra in 2006-7. The short premiered in the Bicycle Film Festival, resonating with audiences from Hong Kong to San Francisco, and inspired the filmmakers to go back to Ghana with proper equipment, a shoestring budget, and some collaborators: NOLA artist Sam Feather-Garner, BK musician Charlie Ferguson of Zongo Junction, and SF photographer Quincy Cardinale. 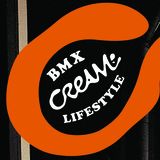