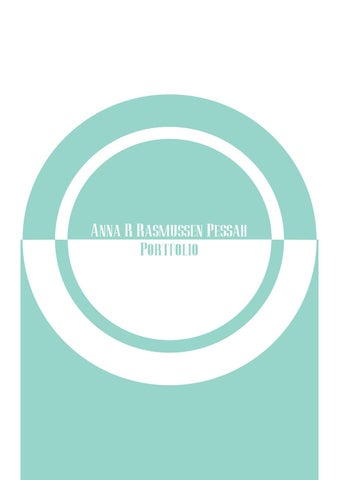 Moved back to Malmö 2011. Worked in retail Concluded her Higher studies of fashion design in June 2011. 2011 lcibarcelona.com Was awarded best Swedish designer in the 19th eddition of Hempel Award China International Young Fashion Designers Contest Got selected to showcase her thesis collection at the FD moda runway Spring 2011 Design internship at Burberry autumn 2009-2010 a.r.r.p. Started her own small scale brand a.r.r.p. in 2007 as a side project to school. Supported herself by working in retail in Copenhagen and Malmö during the summers.

Younger years Started playing violoncello at age 10. Have since then played in several orchestras and sung in various choirs

Letter of recomendation will be provided at interview.

Born into a multicultural and creative family, my life has always been surrounded by the unexpected. I’ve traveld a lot and I’m glad to say that I’ve had the fortune of living in different cultures and been able too mold them into my own. I’m a watcher. I see what’s happening in my surroundings, I analyze it and then adapt it to whatever I’m working on at the moment. And I never stop. When I was really young I dreamt of the glamorous fashion world. I drew wedding dresses an masse and made clothes and staged fashion shoots for my Barbies. As I grew older I thought beeing a designer to be an unpractical career choice so I avoided it, studied other stuff. It wasn’t until I was 19 and started to work in retail that I realized that the dream wasn’t going anywhere, in fact it was getting harder and harder to ignore. So I quit my job and moved to Barcelona to at least try it out. Almost ten years later, my view of the glamorous part have naturally radically changed, but my passion for designing hasn’t. So after I finished my degree in 2011 I moved back home to Malmö and started developing my own brand, a.r.r.p. . Having worked extra in retail every summer for eight years, I found it easy to spot trends and adapt my designs to my clients needs and likes without compromising my own aesthetic values.

Someone once told me “you’are one of those people that sees patterns in everything“ I take great pleasure in making patterns. Most of the times i even find it soothing, as if I was meditating and that this, drawing a pattern, is my mantra. I love the challenge of making something repetitive vibrant, tricking the eye that there’s no repetition at all, creating the perfect pattern for the perfect recipient. I would never say that I have just one style, I think very few people could look at one of my designs and go, ”Ah, that’s a typical Anna Rasmussen” and I’m thrilled about that. I like not being a one trick pony, and I do enjoy surprising people with what comes next.

The reason I love making clothes for children... ...is that there’s no restrictiv limits, you can basically be as creative as you want, the kids will love it any way. During my internship at Burberry childrenswear, I got to create the cutest and most fashion forward toddlerwear I’ll probably ever make. And I liked it, a lot, I mean, who doesn’t like seeing stuff you’ve made in glossy gossip magasines on who wore it best, toddler edition. My only issue there was that I’m a firm beliver in that kids are kids, and that they should have comfortable clothes suitable for play and everyday life, and I felt a bit like I was compromising myself in that area during that time. I’ve made clothes for my friends kids since they where babys and I’ve had the oportunity to see them grow and see how their prefrences and needs have changed. Combining that with closely working with childrens wear designer PollyJo and Moz, I really think that making childrens wear for all ages, beeing it black and graphic t - shirts or pink skirts with bows, is where i se myself most in the fashion industry.

My thesis collection Stroke was made in 2010 and was inspired by the reabilitation process of the human brain after it has sufferd from a stroke. It was selected from 1100 aplicants to participate at the 19th Hempel young designers awards in 2011 in Bejing. I was awarded best Swedish designer.

Photo by Magnus Ă&#x2013;sterhult Makeup by Sandra Haraldsen Stroke by

a.r.r.p. scandinavian design from a colorful perspectiv is a Design Brand based in Malmö, Sweden, that offers a wide range of interdisciplinary, mostly locally and ethically produced, design products, ranging from accessories and fashion to wallpaper and home decor. a.r.r.p. started as an accessory line sideproject in 2007. Over the years the brand grew to home decor, illustrations and surfacepatterns and later into a store. a.r.r.p. has been one of my toughest but most rewarding experiences. I’ve learned what to do and what not to do in everything regarding maintaining a smallscale design brand. I’ve learned to listen to my costumers, to deal with manufactures, to do basic programing and following budgets after sales. But doing everything yourself is not only lonesome, it’s complicated and in the end it compromises the quality in everything you do. Maybe one day I will go back, and start again, but for now i believe it’s time to move on to new exciting experiences.

Strรถva. The idea behind Strรถva is to deconstruct natural symmetries by morphing and dividing photographs, thus creating innovating and intriguing prints. All of our patterns spring to life from our own photographs, and through an intense creative process were we play with the colours, shapes and details, we find new harmonious symmetries and we turn them into prints. Strรถva came to life in 2011. Two dear friends; one with an eye, interest and talent for photography and the other, a freshly baked fashion designer, came to the inevitable conclusion that they had to do a creative project together, and so Stรถva was born.