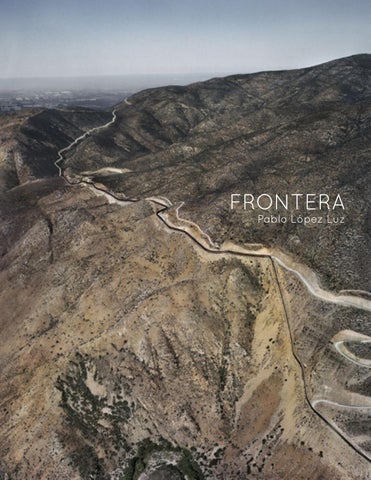 Frontera Throughout the latter part of the 20th Century until today, international borders have become an area of conflict, with issues ranging from ilegal migration, traficking, drug smuggling, consumption of narcotics, violence, prostitution, gambling, economic desparity etc. The social cost as well as the ideological and economic implications of these border regions has resulted in an almost single-themed, monologue-like conversation on the subject. The examples of literature, photographic and artistic material focusing on the subject is close to incalculable. However, there seems to be very little dialogue focusing on the original imposition of demarcating the land to separate two communities, or on the bordering-on-the-absurd goal of building a two sided 3,145 km long concrete wall to keep two land-sharing nations apart. The Frontera project aims to propose a different approach towards a new interpretation of the Mexico â&amp;#x20AC;&amp;#x201C; US territorial border. Its purpose is to generate an alternative visual discourse which will challenge the prolongued conversation about the Mexico-US border and which will pursue to open up a new dialogue closer to an idea of collective self-understanding and farther away from the homogeneous dominating narratives. Frontera is a project about the border, but also about the landscape and itÂ´s relationship with man. It is a photographic project that will reinterpret the notion of the border, stripping it to its bare mĂ­nimum, to the physicality of the landscape itself: a scar in the topography of the region inscribed by man. The series is composed by aerial photographs that follow the border across different states, displaying its fluctuating architecture and its suttle interruption of the apparently homogeneous terrains. The resulting photoraphs will evoke line drawings of surfaces dissected by a single stroke.

Arróniz emerged from a particular interest to work with a new generation of artists from Mexico and Latin America. Our main drive is to support and closely follow the careers of our artists both locally and internationally. A key element to our labor are the multiple exchanges with other galleries from other countries and participation in art fairs around the world.

Our local program is composed by exhibitions of our represented, or invited artists, and a parallel presentation in the projects room where a specific piece or project –created with the space in mind– is showed. This allows us to expand our cultural offer to new audiences while working in collaboration with other artists, curators and institutions.

This publication may not be photocopied, printed or reproduced in any medium or by any method, in whole or in part, without the written permission of the gallery. 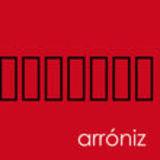