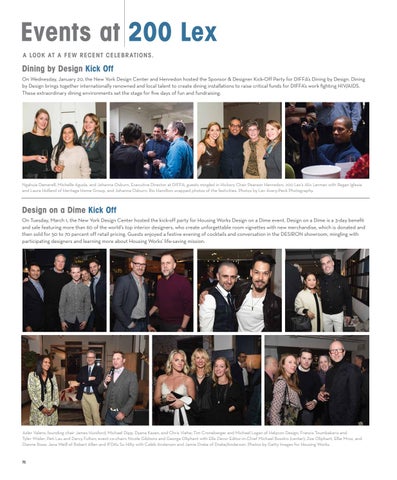 Events at 200 Lex A look at a few recent celebrations.

Design on a Dime Kick Off On Tuesday, March 1, the New York Design Center hosted the kick-off party for Housing Works Design on a Dime event. Design on a Dime is a 3-day benefit and sale featuring more than 60 of the world’s top interior designers, who create unforgettable room vignettes with new merchandise, which is donated and then sold for 50 to 70 percent off retail pricing. Guests enjoyed a festive evening of cocktails and conversation in the DESIRON showroom, mingling with participating designers and learning more about Housing Works’ life-saving mission.