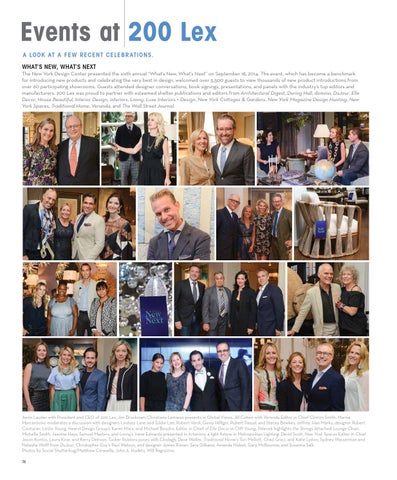 Events at 200 Lex A look at a few recent celebrations. What’s New, What’s Next