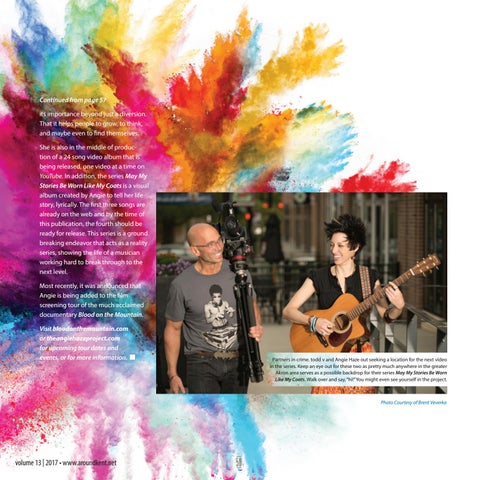 Continued from page 57 its importance beyond just a diversion. That it helps people to grow, to think, and maybe even to find themselves. She is also in the middle of production of a 24 song video album that is being released, one video at a time on YouTube. In addition, the series May My Stories Be Worn Like My Coats is a visual album created by Angie to tell her life story, lyrically. The first three songs are already on the web and by the time of this publication, the fourth should be ready for release. This series is a ground breaking endeavor that acts as a reality series, showing the life of a musician working hard to break through to the next level. Most recently, it was announced that Angie is being added to the film screening tour of the much acclaimed documentary Blood on the Mountain. Visit bloodonthemountain.com or theangiehazeproject.com for upcoming tour dates and events, or for more information.

Partners in crime. todd v and Angie Haze out seeking a location for the next video in the series. Keep an eye out for these two as pretty much anywhere in the greater Akron area serves as a possible backdrop for their series May My Stories Be Worn Like My Coats. Walk over and say, “hi!” You might even see yourself in the project. 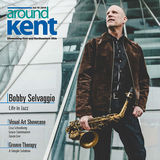