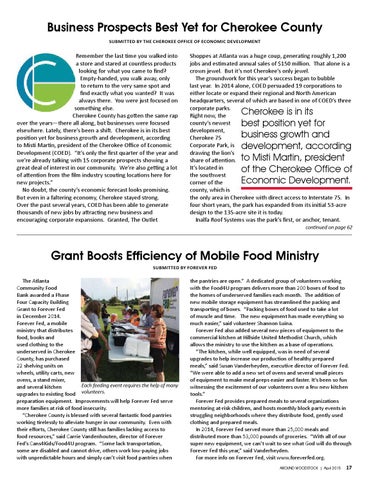 Remember the last time you walked into a store and stared at countless products looking for what you came to find? Empty-handed, you walk away, only to return to the very same spot and find exactly what you wanted? It was always there. You were just focused on something else. Cherokee County has gotten the same rap over the years—there all along, but businesses were focused elsewhere. Lately, there’s been a shift. Cherokee is in its best position yet for business growth and development, according to Misti Martin, president of the Cherokee Office of Economic Development (COED). “It’s only the first quarter of the year and we’re already talking with 15 corporate prospects showing a great deal of interest in our community. We’re also getting a lot of attention from the film industry scouting locations here for new projects.” No doubt, the county’s economic forecast looks promising. But even in a faltering economy, Cherokee stayed strong. Over the past several years, COED has been able to generate thousands of new jobs by attracting new business and encouraging corporate expansions. Granted, The Outlet

Shoppes at Atlanta was a huge coup, generating roughly 1,200 jobs and estimated annual sales of $150 million. That alone is a crown jewel. But it’s not Cherokee’s only jewel. The groundwork for this year’s success began to bubble last year. In 2014 alone, COED persuaded 19 corporations to either locate or expand their regional and North American headquarters, several of which are based in one of COED’s three corporate parks. Right now, the county’s newest development, Cherokee 75 Corporate Park, is drawing the lion’s share of attention. It’s located in the southwest corner of the county, which is the only area in Cherokee with direct access to Interstate 75. In four short years, the park has expanded from its initial 53-acre design to the 135-acre site it is today. Inalfa Roof Systems was the park’s first, or anchor, tenant.

Cherokee is in its best position yet for business growth and development, according to Misti Martin, president of the Cherokee Office of Economic Development.

the pantries are open.” A dedicated group of volunteers working with the Food4U program delivers more than 200 boxes of food to the homes of underserved families each month. The addition of new mobile storage equipment has streamlined the packing and transporting of boxes. “Packing boxes of food used to take a lot of muscle and time. The new equipment has made everything so much easier,” said volunteer Shannon Luina. Forever Fed also added several new pieces of equipment to the commercial kitchen at Hillside United Methodist Church, which allows the ministry to use the kitchen as a base of operations. “The kitchen, while well equipped, was in need of several upgrades to help increase our production of healthy prepared meals,” said Susan Vanderheyden, executive director of Forever Fed. “We were able to add a new set of ovens and several small pieces of equipment to make meal preps easier and faster. It’s been so fun witnessing the excitement of our volunteers over a few new kitchen tools.” Forever Fed provides prepared meals to several organizations mentoring at-risk children, and hosts monthly block party events in struggling neighborhoods where they distribute food, gently used clothing and prepared meals. In 2014, Forever Fed served more than 25,000 meals and distributed more than 53,000 pounds of groceries. “With all of our super new equipment, we can’t wait to see what God will do through Forever Fed this year,” said Vanderheyden. For more info on Forever Fed, visit www.foreverfed.org. AROUND WOODSTOCK | April 2015 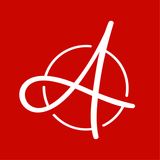