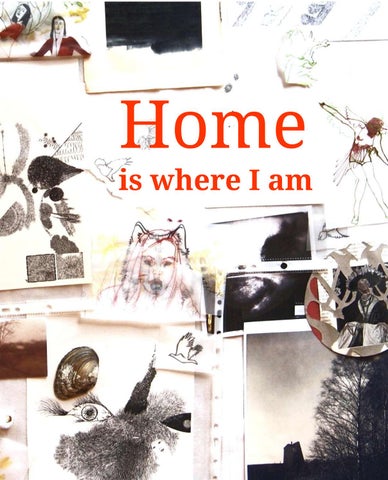 Home is where I am

&#39;Home is where I am&#39; During a two month residency 2016, three artists explored the many different meanings of the word &#39;home&#39; in connection to the area of The Avian Kingdom and the village of Harlösa.

&#39;See – this i where I live&#39; &#39;Home is where I am&#39; and &#39;The spaces between&#39; are both parts of the project &#39;See – this is where I live, developed by ARNA during 2016&#39;. The project &#39;See – this is where I live&#39; use the two residency projects to create an interaction between artists from around the world and children, living in connection to a future UNESCO biosphere area in The Avian Kingdom. The main aim is to create awareness within the children for the wonders of their home area and to care for its future. Art events open for families and adults are also part of the project&#39;s outreach, including Art Talks, Open Studios and exhibitions. The project is developed in cooperation with Eslöv and Sjöbo kommuner and with support from Kultur Skåne.

Nettie Edwards Finding the paths to the inner stories of a landscape Some of the people I met when I first arrived in Harlosa commented that it was a pity I had come in February because they considered the landscape to look lifeless and boring at that time of year. “Better to be here in late Spring” they said “everything is so much prettier then!” Certainly, the countryside surrounding the house where we were staying is not overdramatic and attention seeking. I respected that the Avian kingdom was not going to hand me its poetry on a plate but rather, I would have to seek it out by making journeys into and across the land. So I took daily walks and began to appreciate the landscape’s quiet strength and dignity. My explorations assumed a spiritual dimension when a friend reminded me of the following quote: “One thing: you have to walk, and create the way by your walking; you will not find a readymade path. It is not so cheap, to reach to the ultimate realization of truth. You will have to create the path by walking yourself; the path is not ready-made, lying there and waiting for you. It is just like the sky: the birds fly, but they don&#39;t leave any footprints. You cannot follow them; there are no footprints left behind.” (Osho) There are pathways everywhere across the Avian Kingdom. My eyes constantly sought them out and I was compelled to follow and record them with my camera: footprints disturbing line-raked churchyard gravel, muddy tractor welts through farmland, time-tracks

made by deer, wild boar and cows, ribbons of birds flying across a sky that may have looked grey and empty but of course there is always a lot happening up there! So as I processed my photographs, I pulled the stories from out of the sky. I wanted to express the powerful spiritual and emotional connections that I found between land and sky, the former dominated by man, the latter by birds. Finding stories was often a matter of shifting perspective: moving the horizon line to the extreme top or bottom of a photograph so that an image was dominated either by the land or the sky. Many people who saw my photographs at our exhibition commented that they had never considered their home landscape to be so mystical and dramatic. Others expressed strong emotional responses to my work. Both viewpoints pleased me. When people are imaginatively and emotionally engaged with a landscape, they care about its preservation.

Marianne Pon-Layus Myths for understanding At the beginning of my stay at ARNA, I noticed that people living in Skåne had colorful tapestries in their homes which are, as I learned at the Historical Museum in Lund, both ancestral and specific to the region. The tapestries vernacular design is a mix of realistic natural patterns and fantastic creatures. I was captivated by their motif and structure, so I started to copy and alter them. At some point during this process, a woman appeared in those drawings, as if the human and animal figures intertwined to create some mythological figure. From an animist point of view, this possibility would strengthen their spiritual essence, as they are no longer restrained by their own shape. I also felt that my drawings were describing a mental state, the one you&#39;re in when witnessing a large flock of birds flying together. So, I went outside. The landscape in The Avian Kingdom, flat, without tall buildings and city lights, made me feel different than back home in Montréal. Here I feel on the same level as the creatures living in the valley. I’m in the land, a part of it. My home is not behind a thin wall, erected between me and the field full of crows, my home is also the field full of crows. I’m an animal interacting with animals and together we transform our environment. With this in mind, I created three large paintings. The first one, Rået, Mistress of the Forest, Protectress of the link between the wild and the civilized, is haft fox, half young woman. She seduces, lures and kills men to protect the landform. The second, the Sami

bear goddess, is caring but violent if need be. Those fearless creatures are frightening because they show what we keep in leash, what we hide deep down. The third one seems innocent and naive but she knows her way around these parts. It’s a rite of passage for the girl scout to master the secrets of the land. Once done, I hung them on the wall of our home, the forest. During my stay in Harlösa, the locals where welcoming and very helpful. Through the explanations and stories they told me, I perceived the perennity of the landscape, and the lore it carries for them. Working in The Avian Kingdom on the theme of ”Home is where I am” deepened my understanding of how linked the life of humans and animals are in the environment. Together we leave tracks on the land, and through time the connections are collected to be made visible, as myths to protect the forest, or by inspiring patterns on tapestries.

Ji-ii Choi Finding the Blue Bird Like the other birds coming to The Avian Kingdom I flied too. I came from South Korea to participate in ARNA’s project ‘Home is where I am’. I found that &#39;home&#39; is not just a place, it is also about people, the nature and the atmosphere. As in the Anime story where the figures Tyltyl and Mytyl found their bluebird, not during their journey far away, but when they got back home. They had to depart to see things differently to actually find what they were looking for. Working with the project&#39;s theme I started to adjust myself to feel &#39;here is my real home&#39;. First, I’d tried to make a habitual routine to figure out how or what the differences are. Then I reenacted my little expeditions on paper, sometimes with color crayons, sometimes with black pens and paints. Skåne has a tremendously beautiful horizontal view. One of the most amazing &#39;different&#39; moments was the night view. The incredibly bright moon and the stars in the vast sky stole my mind, made me stand still in the cold night. But also close things, as the dogs Chilly and Yoshi playing on the grass, insects in the earth, the warm and worn texture and repetitive patterns of tapestries, tastes of lakrits and Påskmustsoda. But also lingual details and an uncertainty if really understanding the relationships between people, which were all so different, and so vivid. Communicating with others and nature has been always one of my greatest subjects in art. But since I’ve come to Sweden, this theme become more personal through the differences in language. The struggle to

express myself in English eventually made me leave letters, and also a sense of depressions, into my art pieces. The letters were invented, as those I did during my childhood without knowing how to write. The paintings and drawings I made during my time in The Avian Kingdom are so concerning the relationship between me, my surroundings and interpersonal relations. I have constantly tried to step outside my own little world to meet and express those for me, new and unfamiliar outer spaces. In my art I filled the papers with all the thousands of details that I met and inspired me and I combined them with my own patterns, creatures and colors. In pastels and ink the different artworks describe my wish to express how all our impressions meet inside our minds to be transformed to our personal understanding of the environment we are part of. They are in that sense also describing my own wish to enclose all things I meet in life, also myself, with love and care. During my time in Harlösa, I wasn’t a traveler but a neighbor. That’s what the participation in &#39;Home is where I am&#39; gave me, the great inspiring chance to experience life in &#39;difference&#39; and the open mindset it gave to questions about what &#39;home&#39; is.

Presentation of artworks within 'Home is where I am' 2016 created by Nettie Edwards, Marianne Pon-Layus and Ji-ii Choi. 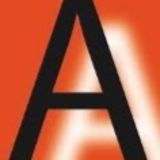