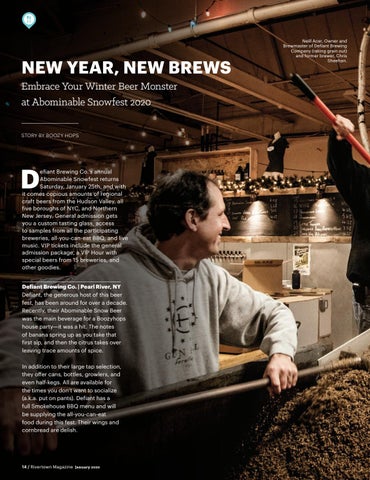 efiant Brewing Co.’s annual Abominable Snowfest returns Saturday, January 25th, and with it comes copious amounts of regional craft beers from the Hudson Valley, all five boroughs of NYC, and Northern New Jersey. General admission gets you a custom tasting glass, access to samples from all the participating breweries, all-you-can-eat BBQ, and live music. VIP tickets include the general admission package, a VIP Hour with special beers from 15 breweries, and other goodies. Defiant Brewing Co. | Pearl River, NY Defiant, the generous host of this beer fest, has been around for over a decade. Recently, their Abominable Snow Beer was the main beverage for a Boozyhops house party—it was a hit. The notes of banana spring up as you take that first sip, and then the citrus takes over leaving trace amounts of spice. In addition to their large tap selection, they offer cans, bottles, growlers, and even half-kegs. All are available for the times you don’t want to socialize (a.k.a. put on pants). Defiant has a full Smokehouse BBQ menu and will be supplying the all-you-can-eat food during this fest. Their wings and cornbread are delish. 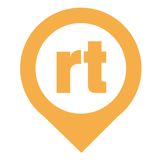 Rivertown Magazine is Rockland County’s #1 local print magazine, published monthly by Moon Media Group, LLC. With a readership of over 100,0...

Rivertown Magazine is Rockland County’s #1 local print magazine, published monthly by Moon Media Group, LLC. With a readership of over 100,0...