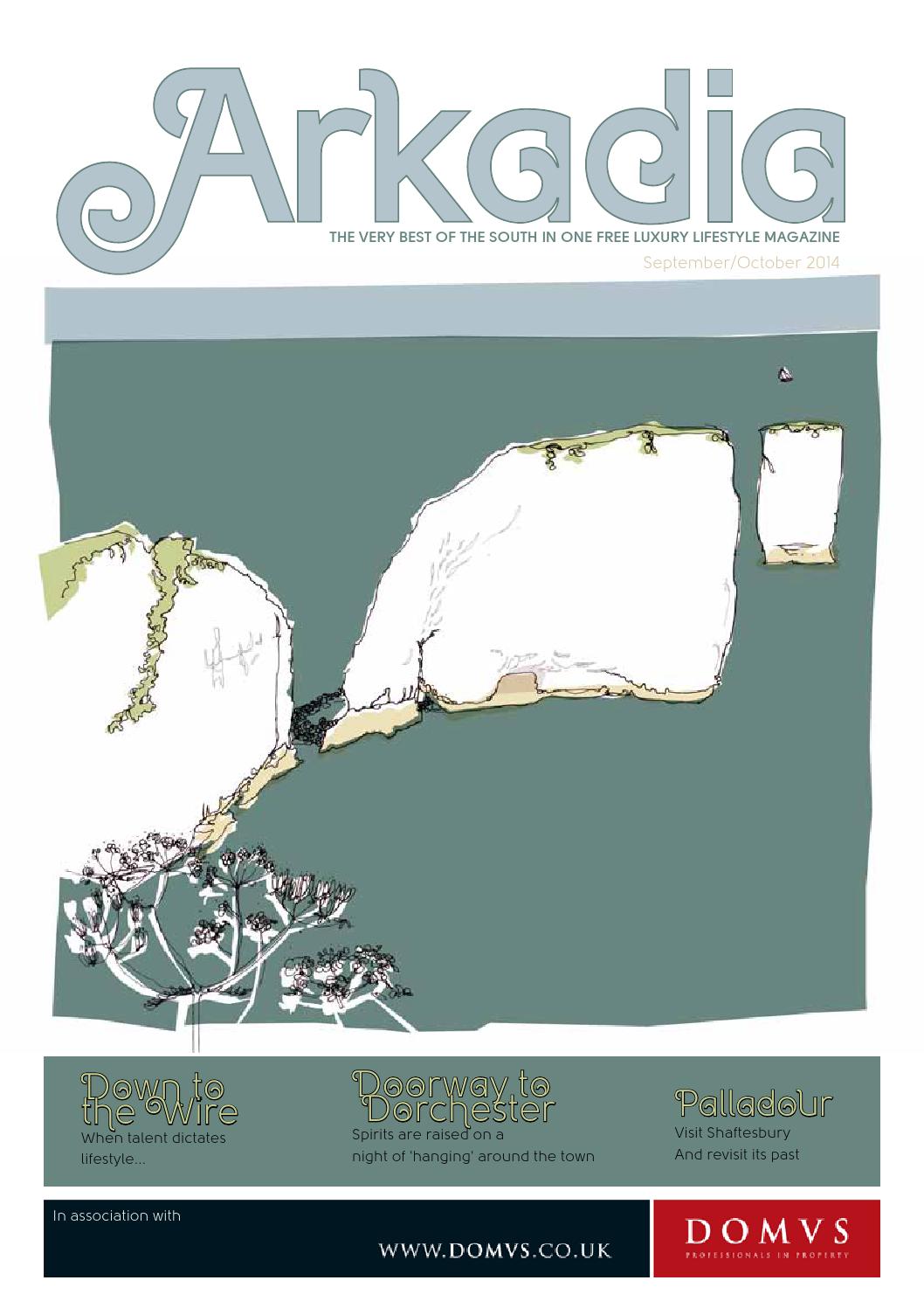 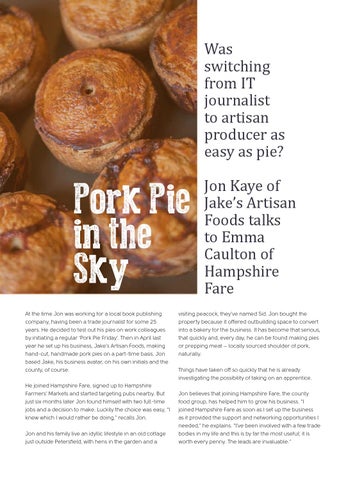 Pork Pie in the Sky At the time Jon was working for a local book publishing company, having been a trade journalist for some 25 years. He decided to test out his pies on work colleagues by initiating a regular ‘Pork Pie Friday’. Then in April last year he set up his business, Jake’s Artisan Foods, making hand-cut, handmade pork pies on a part-time basis. Jon based Jake, his business avatar, on his own initials and the county, of course. He joined Hampshire Fare, signed up to Hampshire Farmers’ Markets and started targeting pubs nearby. But just six months later Jon found himself with two full-time jobs and a decision to make. Luckily the choice was easy, “I knew which I would rather be doing,” recalls Jon. Jon and his family live an idyllic lifestyle in an old cottage just outside Petersfield, with hens in the garden and a

Was switching from IT journalist to artisan producer as easy as pie?

visiting peacock, they’ve named Sid. Jon bought the property because it offered outbuilding space to convert into a bakery for the business. It has become that serious, that quickly and, every day, he can be found making pies or prepping meat – locally sourced shoulder of pork, naturally. Things have taken off so quickly that he is already investigating the possibility of taking on an apprentice. Jon believes that joining Hampshire Fare, the county food group, has helped him to grow his business. “I joined Hampshire Fare as soon as I set up the business as it provided the support and networking opportunities I needed,” he explains. “I’ve been involved with a few trade bodies in my life and this is by far the most useful; it is worth every penny. The leads are invaluable.”

After what seems like two minutes, rather than two months, we’re back with our autumn edition, once again exploring the very best that this part of the world has to offer. I hope you enjoy the work of Susie Brooks We really go to town, heading for the darker side of Dorchester in search of ghosts, and meet a few more as we delve into the history of Shaftesbury, we even encounter two men of steel – one a wire sculptor, the other a hexapod pilot! As is the Arkadian way, we also explore the very best places to eat, drink, sleep and shop, this time placing ourselves firmly in the midst of Shaftesbury town