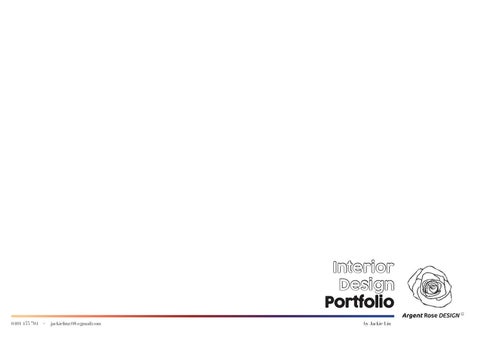 ABOUT ME Pictured on the far left with her graduation cap and orange bouquet is a girl who graduated with Bachelor of Management named Jackie Lin. Originally landed her ﬁrst job as Assistant Account Executive at an International Insurance Broker specialising in Construction Insurance. However this particular lady knew after receiving her ﬁrst full time job, that deep down her passion was actually wanting to get into the interior design industry. Her passion was piqued when she ﬁrst saw the intricate detailing at Royal Arcade in Melbourne. Right after high school her close attempts to entering RMIT’s Bachelor of Interior Design were thwarted with the fact she didn’t have enough knowledge in the ﬁeld. However one judge did suggest that she try obtaining a Diploma of Interior Design. So discovering she could do that while working she studied close to work - CATC college but soon realised it wasn’t enough for her to get into the industry so now she is on her journey to ﬁnish her Bachelor of Design (Interior Architecture) Honours with Swinburne University of Technology. In her spare time she loves going to Open House to explore the nooks and crannies of Melbourne while enjoying delectable treats as well as travelling overseas. When she’s back home she loves to cook for the ones she loves. She also dabbles into photograph, while spending time with her cousin’s son &amp; pomerian (Puka) and playing games. From these hobbies of her’s, she has interest in entering the residential or hospitality interior industry.

Custom made Joinery for Barber shop was produced on Sketchup

REGAL HOTEL Perspective rendered image Client requested custom pattern be designed for soft furnishing, the pattern was then used on the curtains and becomes main focus of the room. Image was developed in Photoshop.

Artiﬁcial light that is used to illuminate the room are ﬂuorescent tube lights. The walls are a light baby blue and the celing is painted close to a vivid white colour, the ﬂoor is covered with light grey cut twist pile nylon carpet. Most furnishes featured in the room are aluminium, wood veneer, polyester/ cotton or leather veneer.

Two concepts were created for couple living in the city with an open plan apartment. They wanted a place where they could escape from their daily busy lives as well as a place where they can invite friends over for dinner and socialise as well: U-topia and Industrial Zen.

Photography of Hanoi’s rich culture Travelling three weeks spent learning about mixture of diﬀerent inﬂuences that make modern Vietnam in the two most popular cities: Hanoi and Saigon. Understanding their culture, architecture and history as well as being able to learn diﬀerent techniques to incorporate in future designs.

Lead pencils ranging from 2H to 6B

Several pictures were taken of RMIT University, Building 80, City Campus. They were then reproduced with the following mediums mention below the drawings

Original image taken at Altona Beach pier, opportunity to play with contrasting colours was given, the above was inspired by beach sunset colours.

Linear study Lead pencils ranging from 2H to 6B as well as 0.2 ﬁneliner

Using &#39;D House&#39; by Lode Architecture which was built in 2012 at Brittany, France as model, request for hand drawings and digital modelling using Revit was produced. The main material elements of the D House is wood panels, seamless glass doors and windows while supported with concrete bases and walls internally. This building incorporates natural into the house itself while being surrounded by the forest.

Thank you for taking your time in viewing my portfolio! If you have any questions please don’t hesistate to contact me on 0401 455 704 jackielinz.08@gmail.com