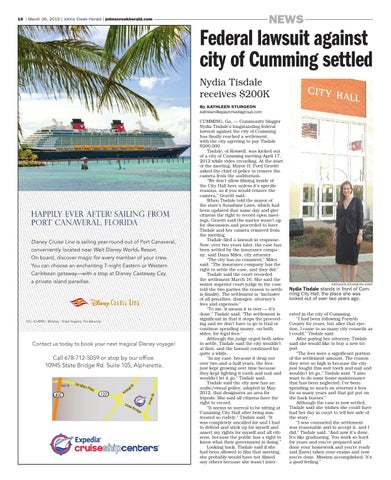 ested in the city of Cumming. “I had been following Forsyth County for years, but after that ejection, I came to as many city councils as I could,” Tisdale said. After paying her attorney, Tisdale said she would like to buy a new tripod. “The fees were a significant portion of the settlement amount. The reason they were so high is because the city just fought this suit tooth and nail and wouldn’t let go,” Tisdale said. “I also want to do some home maintenance that has been neglected. I’ve been spending so much on attorney’s fees for so many years and that got put on the back burner.” Although the case is now settled, Tisdale said she wishes she could have had her day in court to tell her side of the story. “I was counseled the settlement was reasonable and to accept it, and I did,” Tisdale said. “And now it’s done. It’s like graduating. You work so hard for years and you’ve prepared and done your homework and you’re ready and [have] taken your exams and now you’re done. Mission accomplished. It’s a good feeling.”

http://www.appenmediagroup.com/. To read on mobile devices, turn pages by sliding from side to side. 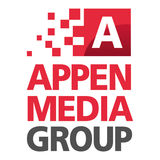