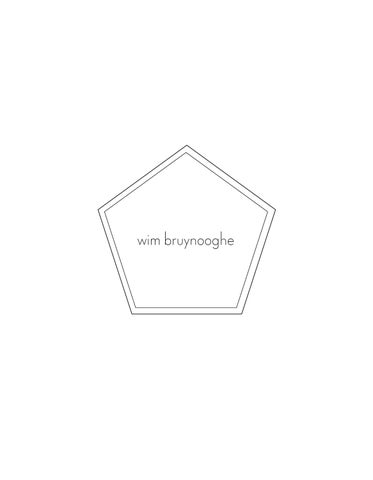 Wim Bruynooghe was born on 21 February 1988 in Bruges, Belgium. He grew up in De Haan, a coastal village in Belgium and graduated from the Municipal Academy of Fine Arts in Bruges in 2007, where he received his initial artistic training. The urge to create a world of his own made Wim decide to study at the Fashion Department of the Royal Academy of Fine Arts in Antwerp, where he got his Master’s degree in 2013. Wim worked on his Master collection ‘LENA’. The main theme of his collection is the study of the relationship between the artist and his muse, as well as the quest for harmony between both.

INSPIRATIONS Throughout history, the relationship between the artist and his muse has proven to be a complex bond with very diďŹ&amp;#x20AC;erent outcomes. However, it is Wimâ&amp;#x20AC;&amp;#x2122;s belief that a compromise between both has always existed.

This belief is the driving force behind the Master collection ‘LENA’. While capturing the artist’s desire for immortalization, he also oﬀers a way for the muse to emancipate. He does this by involving strong female role models who were artists in their own right.

Another great source of inspiration is the coastal city of Ostend, which Wim grew fond of while taking part in the Master class ‘Sea The Line’. As he was working on the project, he found the city’s sights entering his graphic work.

RUBBER MATERIAL Inspired by the works of the Cracking Art Group, Wim conceived the idea of working with polyurethane for his Master collection ‘LENA’. Wim uses the material to create several pieces of couture-inspired clothing, molding it himself and “capturing” his drawings. The use of the material can easily be seen as a metaphor for the artist’s urge to immortalize his muse in his work. Next to that, it also provided a way for Wim to illustrate his research and display some of his graphic work.

F.N. BAG The ‘F.N. bag’ is a handbag Wim designed as part of his Master collection. He was inspired by the Pentagon shape of Fort Napoleon, using the ground plan of the fort as the foundation for the bag’s design.

A look into the sketchbook with Wimâ&amp;#x20AC;&amp;#x2122;s typical line-drawings and collages.

APOLOGIES LENA Wim uses his drawings and assemblages while designing in order to create a world of his own in which he can ďŹ t all of his inspirations and where possibilities are boundless.

To make this world even more accesible for others he created ‘Apologies LENA’. This iconographic short ﬁlm was made using preexisting ﬁlm footage, which Wim edited in a way similar to his graphic work. By doing so, Wim was able to put his way of working in a diﬀerent light, while also capturing the melancholic yet hopeful nature of his collection.

After the creation of the iconographic ﬁlm ‘Apologies LENA’, Wim felt the strong desire to cross into the medium of ﬁlm. This resulted in the making of ‘LENA’, a short ﬁlm by Laur Dillen Storms.

‘LENA’ tells the story of a young girl who is brought to a mysterious institute. Left in the care of the distant Hermione, Lena is schooled to become the muse of a mysterious client simply known as “the aesthete”. Throughout the initiation, both women are haunted by visions of the exotic yet wistful India, their client’s former muse.

Overall with wide trousers in wool and a straight corset in pleated crĂ¨pe silk.

Dress with a straight corset in cut-out tricot.

Seeveless leotard in mohair with cut-out top and a wide turtleneck.

Leotard in cut-out tricot with raglan closing, worn with a straight corset on top.

Backless eveningdress in cut-out tricot with bow, worn with rubber corset underneath.

Dress in cut-out mohair with corset attached in the front.

VIEWHEAD Wim took part in the Master class ‘Sea The Line’, a project curated by Erna Verlinden, that covers the concepts of‘horizon’ and ‘horizontality’. He worked in the harbour area of Ostend for seven days, with the creation of the ‘VIEWHEAD’as a result. Looking through a child’s eyes can be the most honest and transparant way to look at the world. Wim created the ‘VIEWHEAD’ while keeping the shape of ventilation pipes as they can be found on ships in mind, trying to make them ﬁt the human body.

A look into the sketchbook while Wim was in Ostend.

COCOHEAD “It’s very diﬃcult to keep the line between the past and the present. You know what I mean? Awfully diﬃcult...” (Edith ‘Little Edie’ Beale)

Wim designed the collection by translating his collages. This resulted in the creation of luxurious yet sportive menâ&amp;#x20AC;&amp;#x2122;s garments.

A look into the sketchbook with Wim’s drawings and collages for his collection “COCOHEAD”.

ETHNICAL COSTUME In 2010, Wim was assigned to recreate an ethnical costume. He chose to recreate the Boubou elephant mask, which is worn by Bamileke people dancers in Cameroon. The childlike proportions of the mask greatly inspired the enormous shapes of Wim’s 3rd Bachelor collection ‘Cocohead’.

On next the next pages a painted illustration by Wim.

CULTIVATING THE GARDEN “That is well said... but we must cultivate our own garden.” (Voltaire, ‘Candide’)”

Touched by the excerpt above, taken from Voltaire’s satirical novel ‘Candide, ou l’Optimisme’, Wim envisioned his 2nd Bachelor collection as sort of a Bildungsroman.

Photo of Wim his very own garden where he grew up and his grand parents. 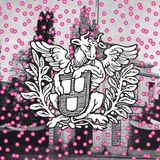