Major Glen - self-titled Genres: rock, grunge, alt-punk Glendale rock trio Major Glen seem to know their way around a hard rock 90s era vibe, and after releasing their debut album a few weeks back, they aren’t ashamed to rub it in everyone’s face. Norman: What you may notice right out of the gate is these lo-fi alt/punk rockers have a ton of “sounds like” references, and as you go on through their music, the list just piles up. We have nods to The Violent Fems, The Pixies, The Wallflowers, and even a splash of Nirvana, not to mention some of their lyrical content, which lends itself to themes similar to Weezer’s &quot;Blue Album&quot; and Pearl Jam’s &quot;Ten.&quot; Now, normally, I would say all these similarities lean toward a lack of identity, but I am flabbergasted at how well Major

Glen manages to make this cumulative 90s influence their own thing. Unfortunately for us 90s era kids, these guys only have seven songs on this debut. Granted, it’s seven more than we had before, but not to worry. They are slated to begin recording their next batch of songs in January 2019 and in the meantime, are trying to make their rounds with some live performances in the Springs/Denver area. Sven: The first thing I noticed about this band is that they really have their identity figured out. They clearly pull inspiration from various eras of alt rock from radio friendly punk like the Clash to dirty 90s Smashing Pumpkins and at times dipping into southern rock, but they don&#39;t sound derivative or dated. Their self titled EP is a blast of energetic songs all under four minutes and each sounding distinctive. The production on their release strikes a great balance of dirty garage sounds done fantastically with precise timing that I rarely hear from &quot;local scene&quot; bands. Genuinely the only negative I have for these guys is that their lo-fi snapshot album cover doesn&#39;t match the quality of the music, but snapshots aside these guys fill a slot in my playlist that&#39;s been vacant far too long. Andy: Major Glen is a tough nut to crack. I&#39;m pretty sure I could listen to this EP all day long trying to figure it out. I&#39;m also sure that time wouldn&#39;t feel like a waste to me, and though I like a

lot of the elements of their songs, I&#39;m pretty sure I&#39;ll never &quot;get it.&quot; The vocals are so freaking powerful on this EP. The very best parts of are made up of a wild, seething rawness that can be a bit overwhelming at times. Yet, despite the inherent noisiness that comes along with that kind of reckless abandon; none of the parts of the songs really seem to drown out any other; they all play well together. There&#39;s a lot of 90s country fair rock vibe in here, and I don&#39;t feel like that&#39;s an insult. Check out Major Glen on Spotify and other streaming services and keep posted on their social media for upcoming shows! Major Glen - Major Glen Highline The T A Red, Red, White, and Blue What Do They Say? Three Gourds Sign from Heaven I Love Myself to Death 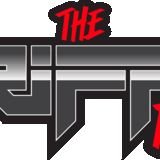