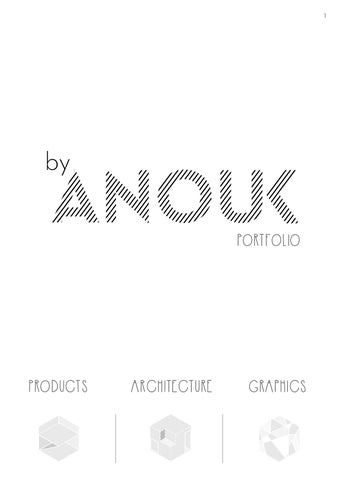 PLY WOOD IS A GIRLS

BEST FRIEND playing around with a lasercutter i cut out shapes, that i found attractive, from 4 mm plywood (one of my favourite materials) . i made necklaces and earrings out of it. Seemed there were more people that got enchanted by this jewellery which ledd to a sale of 52 pieces in only two weeks.

n 2011 my parents spend a lot of time searching for a goodlooking chicken coop that would fit into their modern garden. The traditional chicken coop was NO option.

but it seemed that the market didn’t have any alternatives to offer.

So they asked my Norwegian architect-boyfriend and me to help them out. we went through a thorough research and read surprisingly many texts about the the needs, do’s and dont’s to give the chickens a coop in which they could work and sleep happily and without stress.

This resulted in the “CHiC(K) & COOp”. An honest and dynamic construction which consists of 3 plywood boxes with each it’s own function.

“If dog crates were designed to look like dog houses, it might be easier to convince people that they’re -- not -- cages!”

pet pavillion is an enthusing piece of “dog-furniture” for families with pets . Pet Pavilion is not only good design but also offers a number of practical solutions that customers have been waiting for for a long time.

MULTiFUNCTiONAL pet pavillion is at the same time: 1

a shelf with trays (storage function!)

prETTY -pet pavillion has a straightforward and neat design which makes it easy to furnish. This piece of dog furniture fits into many homes, regardless of style. prACTiCAL pet pavillion consists of a modular system and is easy to put together, disassemble and move. It can be flatpacked. This simplifies the shipping, and reduces the shipping costs. MOVAbLE pet pavillion is delivered with wheels. So that it can easily be rolled to other rooms in the house. Needs Every dog requires a piecefull and secure place in the house where the dog can retreat, preferably under a piece of furniture. Dog owners on the other hand are concerned about the dog house’s appearance and storage space for all the dog stuff. Solution The solutions for these needs are all integrated into the pet pavillion. The combined functions make Pet Pavillionen into a very space efficient piece of furniture. this is particularly interesting for dog owners who live in small apartments. Form and function go hand in hand, for the benefit of both dog and owner.

MYSHELF ? MYSHELF is submitted at i-depot and itâ&#x20AC;&#x2122;s currently being investigated if the product should / can be patented, so the actual technology behind it will only be shown after signing an NDA.

Soon anyone will be able to mount a wall to wall shelf , without the help of a carpenter or a saw.

Two years ago i moved into a new apartment in Oslo. The apartment in itself was quite dull, so i made some plans of what to do with the interior to give it some more identity and style. The plan was to get some nice shelves that run from wall to wall in the bathroom to put on towels and other badroom accessories. Also in the living room , i eventually wanted a bookshelf all over the wall. To find these shelves , I first went to Ikea, then Habitat and several interior stores , but found out that the shelves that are sold there are made up of modules of 30 cm. This means i could buy shelves that were 30 , 60, 90, 120 or 150 cm , but what i really needed was shelves that were 1m40 in width and that would fit exactly in between the two walls in the bathroom. This meant that with a 1m20 shelf from ikea , i would still be left with a gap of 20 cm between the shelves and the wall. NOT AN OpTiON! plan b: call a carpenter. but.. what is that gonna cost? How will it look like? will he have to come over to take measurements? That will definitely be a hassle.. Anyhow, it felt like a too big treshold so this was no option either.

Last option was to build the shelves myself, but had no idea how to build a “ floating shelf” so that the brackets would not visible.. At the end i gave up my plans for wall to wall shelves. The idea kept playing in my mind and a few months ago i found the solution..

The solution is called MYSHELF . it’s a shelf that can be adjusted in width up to 1cm accurate. You buy it in a box at the store or online . And the best part is that it’s very easy to put together and to mount on the wall without using a saw or using a carpenter. Morelike, the suspension system is integrated into the shelf, so : no brackets visible!

gesture Concept: the reaches d im e nscanopy ione d w i t h t h e h el p o fThis p o wer f r am ecreates sheltered o f t wborders a r e a nd of t hthe e mo st i mp o r t a n t n o d es d places at an exactly the points where beyondsthe rails cons t r uc t iv e c o n n ec t i o n s wer e el ab o r a ted the exchange of transportation and platforms. The corners of the i nt o de t a il. takes place. At these sheltered canopy descend and touch the places one can hide from rain, ground at the joints between the wait or say goodbye. underground passages towards the waiting platforms on the one The shape of the canopy hand and the busstation, the emphasizes and strengthens one bicycle parking, the pedestrian the stationâ&#x20AC;&#x2122;s principal functions: bridge and the garage on the the efficient exchange between other hand. the train and other ways of transportation.

All parts of the steal construction have been dimensioned with the help of powerframe software and the most important nodes and constructive connections were elaborated into detail.

area in the north and the other one towards the green area in the entilat io n system eci s el south. y and ar e

towards the green zone in the south.

while drawing all the important building details and bringing the project closer to reality, we managed to retain and strengthen the wished for atmospheres, spatial effects and expression of the facade.

Ar CHiT E CT U rE

DMVA ArCHiTECTEN rENOVATiON rOw HOUSE August 2008 Mechelen A small row house in an outdated style craves for some fresh input. The principle of the double skin: the space becomes more abstract and gets extended straightforward till the garden wall at the back. This effect is created by using lamella in which bookshelves and storage space are integrated.

FASTiNg ArKiTEKTEr ViLLA iN MELHUS October 2010 Melhus, Norway Villa on a hill that goes straight up from the street. Only the entrancehall and the garage are placed on the street level. The more private functions are put on the ridge and open up towards the forest on the other side of the hill. Split Levels create a subtle separation between the different rooms while enabling interaction.

DYrViK ArKiTEKTEr AS CHriSTiAN MiCHELSENS gATE 65 2012 Oslo 90 apartments, densification the roof is a free interpretation of the saddle roof, a refer ence to its neighbouring buildings. The roof moves down from 7 floors in the north to 3 floors in the south so that the sun can enter the backyard.