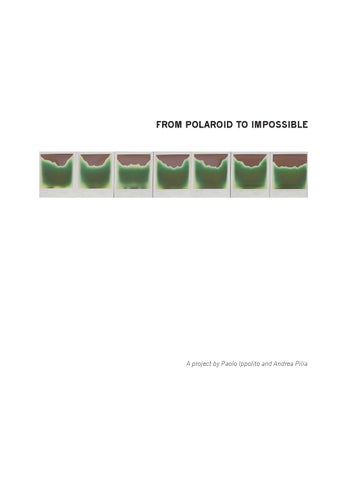 FROM POLAROID TO IMPOSSIBLE

2008 was the year Polaroid shut down. Instant films production finished and Enschede’s factory is closed. During the closing event André Brosman, former Polaroid employee, supposed to destroy the machinaries and Florian Kaps, austrian creative who had been fighting for years to save Polaroid, team up and create a society called Impossible, find the money to buy the machinaries and get the factory back on. “The money came from friends of mine and film photography lovers. One of them mortgaged his own house to help us.” They raised 1,2 million euros. They made a list of Polaroid veterans, people with more than 25 years experience inside the factory, and after two years of research the production could start. We start from them, the bones of what Polaroid had been, those who helped making huge a factory that porduced over 26 million films a year: Bennie Evers Henk Minnen, Paul Latka, Martin Steinmeijer, these men are just a few of them.

â&#x20AC;&#x153;Polaroid has been the first company to hire me after my graduationâ&#x20AC;?. Stephen Herchen, from Boston. A.D. Instant Film Polaroid.

“Lacking any Polaroid’s license we had to start from the beginning. We test our films daily and we are constantly improving them”. Kees Teekman, 64 years old. Engineer.

“After being fired I started teaching chemistry but it was not I was searching for. In October 2008 Andrè involved me in the Impossible project”. Martin Steinmeijer, Chemist. 56 years old.

“I used to repair around 50 cameras everyday when I worked in Polaroid. Today my record is 11”. Jos Ridderhof, Repair Technician.

Leon and Rutger, Repair Technicians Hired by Impossible in 2013 they represent the transitional generation between from Polaroid to Impossible.

One of the five Giant Cameras in the world.

Betsy is the only model for film testing.

Jimmy and Henk-Jan after almost twenty years in Polaroid were hired in 2012.

Aerial view of Polaroid Factory. Today only one building is occupied by Impossible Project.

FROM POLAROID TO IMPOSSIBLE A project by Paolo Ippolito and Andrea Pilia ÂŠ 2014. All rights reserved 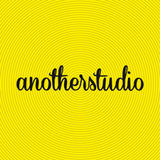 From Polaroid to Impossible

From Polaroid to Impossible