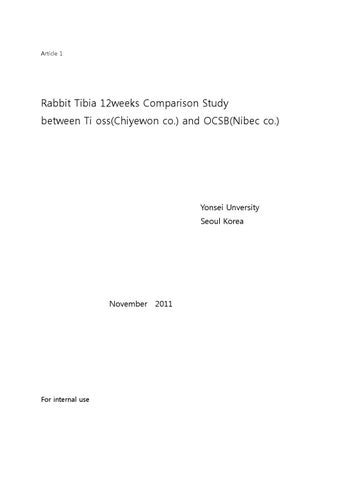 Purpose; This rabbit study was executed at Yonsei Univ. in 2011 to compare the new bone formation ratio between two products; 1. Ti-Oss(Chiyewon co.) 2. OCSB(Nibec co.) which has been approved by FDA(Equimatrix, Osteohealth) and KFDA(OCSB, Nibec co.) to sell. The study design was to make same size of bone holes at each tibia and place the same volume of two graft materials into each hole. 12weeks after surgical placement, Biopsy were taken to examine the condition of bone formation. For Comparison purpose,

High heat process technique(1,100-1,300â&#x20AC;&#x2122;c, 2-3 hours) seriously alters the surface topograph, resulting in glassification. This simplifies the manufacturing difficulties, but collagen network does not form well on glassified surface which is closely related to the bone formation ratio.

surface all melted and glassified; the same as bone

Octacalcium phosphate is the very hot issue in bone biology as this may reduce the healing time in implantology by fast bone formation on this preHA crystal. SEM study revealed the existence of octacalcium phosphate crystal on Ti oss surface and this may explain excellent and very thin new bone formation all around on Ti oss biopsy samples in 3 months. 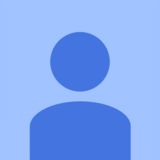