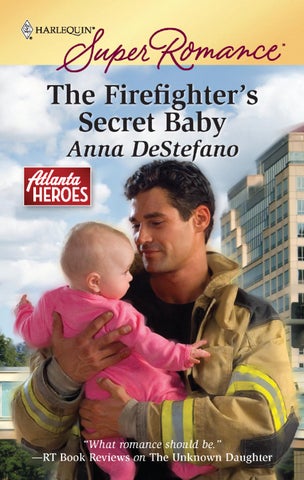 Thunderstorms in November? Only in the south. Sam peered through the greasy streaks her rental's wipers were making of the rain. She squinted at her rearview mirror. Were those the same headlights as before? Was she just imagining the danger bearing down on her? Yes, Sam. You've been on the run for two years, but you're imagining things now! A streak of pain gripped her stomach. She yanked her attention back to the road. Who cared who might be following her? She was going to careen

into a guardrail if she didn't keep her

eyes on the road! She had to keep going. She had to get away clean. Get as far as she could, before she called her contact. Then everything would be okay. It had to be.

She'd been running forever, determined to survive. Until she let the loneliness get too close. The hopelessness. Then she'd do something stupid. Something dangerous, because she needed to feel real for just a little while. She cradled her palm over the very real cramps in her belly. Not anymore. Not after tonight. Once she made it through this, there would be no more risky chances. No more flirting with danger. Only playing it safe and protecting the lives that were depending on her. She straightened her shoulders and peered through her rainsoaked windshield. Enough. What's done was done. Running was her only shot now. Their only shot. She refused to believe they couldn't make it. "Whatever it takes," she said to her unborn child. "I won't let anything happen to you." A film-noir-worthy bolt of lightening spotlighted where her latest risks had gotten her. The storm beat down on the car. Dark pines danced on either side of the interstate. Pain streaked through her body. Her grip on the wheel tightened. Her tires lost traction for an eternal moment. Then they grabbed again. "Focus, Sam," she hissed. She hated the panic and fear. No matter what she did, she couldn't make them go away for good. But she would shove the darkness back. She wouldn't let the hopelessness win tonight. She

just had to make it a little farther. Past Atlanta. Out of the state. She had to get somewhere less on-the-map. Then she'd contact her federal handlers and find a way to trust them for a while longer. Long enough to testify and cut all ties with every terrifying piece of her pastâ&#x20AC;&#x201D; everything but her kid sister and her unborn child. Headlights rushed from behind. A vehicle swerved at breakneck speed, barely missing her back bumper. It passed on the shoulder. The truck careened in front of her next, break lights flashing. Its back-end fishtailed. The 4X4's mud flaps sprayed a wave of water, blinding her. Sam screamed and hit the breaks. Her tires spun and slid. Her car crossed into the next lane. She pulled at the wheel to avoid another vehicle. Impact came with a horrible jolt. Her seatbelt caught. Her head bashed into her window, cracking the safety glass. Dazed, she yanked the wheel again. The car swerved in protest. Then it skidded into the concrete median. Scrapping. Dragging. Her driver's door would be ripped away! She fought for control. Blood trickled into her eyes. Pain ripped at her bulging stomach. It's not going to end this way! I'm not going to let it end this way...

Life became a slow motion nightmare. The truck that had cut her off barreled into a minivan. The van swerved in a deadly arc. Crashed into her. Spun her rental like a top while she banked the wheel and shoved the brake peddle to the floor. More headlights. More rain. More vehicles crashing. Lightening and thunder. Terror. Pain. Then she was flipping, rolling, over and over. Glass shattering, metal shredding and crushing, while she wrapped her arms around her unborn child and prayed the seatbelt would protect her daughter. The windshield collapsed inward. Ice-cold rain soaked her. Her world shrank to the pinpoints of light spiraling behind her closed eyes. It was forever before anything made sense again. She realized the car was still rocking. Teetering. Her door had become the car's uncertain base. Then she realized the pain was gone, too. The labor pains. She couldn't feel the baby moving, and her daughter was always moving these days. There was nothing left but the roaring in her ears. Her arms and legs were growing numb. Shock. She was going into shock. "Please," she begged, praying for one more miracle. "Please,

just give me one last chance..." *** Randy Montgomery scaled the pulverized wreck his team was securing. The air at the crash site vibrated with a frantic kind of calm while they prepared to crack the car with the Jaws of Life. The acrid smell of leaking fuel shimmered off of everything Randy touched. His guys and several other teams responding to the multiple car pile up had doused the entire scene in fire retardant foam. But with this much petroleum in the mix, an errant spark could still set off a flash fire. It wasn't the worst scene Randy had triaged, but it would do. And there had been many others. He'd certified in accident recovery the first class that opened after 9/11, moving from an engine company to rescue because he'd that's where he could do the most good. A feminine groan whispered from inside the vehicle. He was point. His job was to triage and stabilize the victim for what promised to be a delicate extraction. Advanced life support would follow once his team had secured the vehicle. "We have a live one," he confirmed to his crew. "Someone position that spotlight over here." Never lose a victim. It was Randy's mantra. He wasn't delusional enough to believe he had that kind of control. Still, he fought for every life as if someone he cared about was trapped inside.

He reached through the slit that had once been the front passenger window窶馬ow the highest point of the rumpled car. It would be his only view inside until a new one could be ripped open. He draped himself over the mangled mess of metal and fiberglass. There were razor sharp edges to avoid. Possible weak spots. Stressing the wreck further could compromise the integrity of the safety cage. Randy let his instincts and years of experience guide him as he did the careful work of getting a visual. Careful was his forte. He stayed in control, no matter the crisis. Ice had been stenciled onto his helmet after he'd joined his first engine company, recognition of how hard he'd fought at every scene even as a newbie straight from the academy. His two older brothers, Chris and Charlie, whom he'd followed into fire and rescue, had initiated the ritual. The moniker had stuck when Randy transferred to his rescue company. It wasn't as if he didn't care about his victims. But as the go-to man on critical calls, emotion on the job wasn't a luxury he indulged in. And off the job... He was the son of a brutal father and an abused mother. Emotional entanglements weren't something he courted anywhere. Levering as much of his body as he could through the sedan's passenger window, he took a deep breath and shoved his wandering thoughts away. He owed whomever was inside his total focus.

"What's do you see, man?" The flood lights were repositioned at a more direct angle, illuminating the safety cage that was manufactured into all modern vehicles. "One occupant." He squinted. Strained to see the still form huddled between the bent-back hood, what was left of the steering wheel, and the driver's door. The body was covered in voluminous, blood-streaked material. White cotton. Arms and legs, neither noticeably broken. The victim was lying on his or her side. Seatbelt clipped into place and still attached. Sandals. One still on, the other lying close enough for Randy to reach. "It's a woman." He cleared the delicate shoe from the field, plus whatever debris he could, transferring them down to waiting hands. From the size of the body curled in on itself, the victim appeared larger than average weight. Except large didn't jive with the slender ankles and calves and arms and wrists he could see better as his eyes adjusted to the dimness. She groaned and shifted, rolling off her side. The car objected, rocking against the stabilization his men had added from the outside. "Hold still, Miss." Randy kept his voice reassuring. It was good that she could move. There wasn't as much blood as he'd originally thought. Butâ&#x20AC;&#x201D; "You could have a spinal injury. There's glass and metal everywhere, andâ&#x20AC;&#x201D;" She settled onto her back, still out of it. Probably not

hearing a word he said. But her protruding belly spoke loud and clear. "Jesus, she's pregnant!" He stretched his arm as far inside as he could, but he couldn't reach her. "Third trimester, if I had to guess." In response to his raised voice, the victim's head gave an agitated jerk. Her features stayed hidden from him by a wealth of dark hair. "Ma'am, where do you hurt?" His stared at the way her hands were gripping her stomach. "Are you in labor? Ma'am, can you hear me?" Randy controlled the instinct to push deeper inside. Forcing a tenuous position would put his victim at more risk. But a mother in danger--nothing got to Randy faster. And this one mother... Something about her seemed familiar, even if he couldn't put his finger on what. He fought the instinct to rip his way into the wreck. He forced himself to scan the parts of her body he could see, looking for anything he'd missed. Hair raised on the back of his neck. His subconscious was trying to tell him something. What? "Ah!" she cried, louder than before. "Help me..." Randy's trained gaze catalogued each potential injury. It tracked up her torso and arms and shoulders, over the ebony hair

framing the face that was finally uncovered. A lover's face, not a strangers. "Oh, my God. Sam?" Randy's focus jerked back to her swollen belly. He'd last seen her in his hotel room bed in Savannahâ&#x20AC;&#x201D;eight months ago... "Oh, my God." 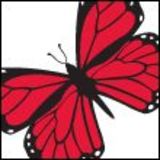 One night has big consequences...She's a captivating woman who catches his eye immediately. They spend one steamy night together. But in the...

One night has big consequences...She's a captivating woman who catches his eye immediately. They spend one steamy night together. But in the...