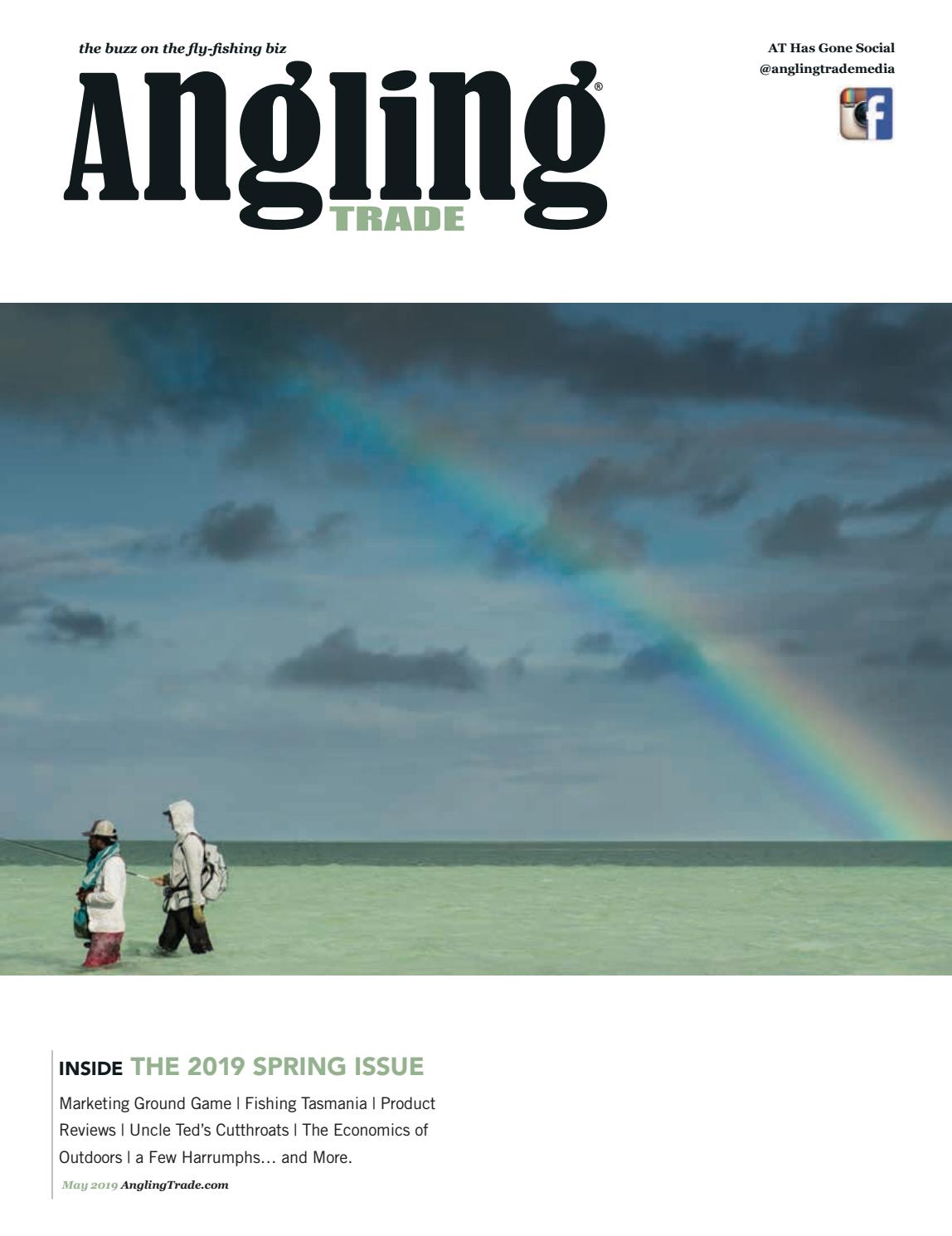 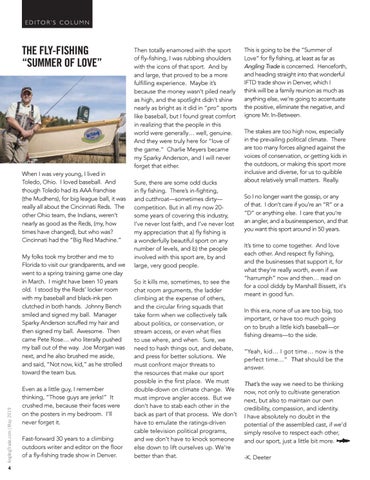 THE FLY-FISHING “SUMMER OF LOVE”

When I was very young, I lived in Toledo, Ohio. I loved baseball. And though Toledo had its AAA franchise (the Mudhens), for big league ball, it was really all about the Cincinnati Reds. The other Ohio team, the Indians, weren’t nearly as good as the Reds, (my, how times have changed), but who was? Cincinnati had the “Big Red Machine.”

My folks took my brother and me to Florida to visit our grandparents, and we went to a spring training game one day in March. I might have been 10 years old. I stood by the Reds’ locker room with my baseball and black-ink pen clutched in both hands. Johnny Bench smiled and signed my ball. Manager Sparky Anderson scruffed my hair and then signed my ball. Awesome. Then came Pete Rose… who literally pushed my ball out of the way. Joe Morgan was next, and he also brushed me aside, and said, “Not now, kid,” as he strolled toward the team bus.

Even as a little guy, I remember thinking, “Those guys are jerks!” It crushed me, because their faces were on the posters in my bedroom. I’ll never forget it. Fast-forward 30 years to a climbing outdoors writer and editor on the floor of a fly-fishing trade show in Denver.

Then totally enamored with the sport of fly-fishing, I was rubbing shoulders with the icons of that sport. And by and large, that proved to be a more fulfilling experience. Maybe it’s because the money wasn’t piled nearly as high, and the spotlight didn’t shine nearly as bright as it did in “pro” sports like baseball, but I found great comfort in realizing that the people in this world were generally… well, genuine. And they were truly here for “love of the game.” Charlie Meyers became my Sparky Anderson, and I will never forget that either. Sure, there are some odd ducks in fly fishing. There’s in-fighting, and cutthroat—sometimes dirty— competition. But in all my now 20some years of covering this industry, I’ve never lost faith, and I’ve never lost my appreciation that a) fly fishing is a wonderfully beautiful sport on any number of levels, and b) the people involved with this sport are, by and large, very good people. So it kills me, sometimes, to see the chat room arguments, the ladder climbing at the expense of others, and the circular firing squads that take form when we collectively talk about politics, or conservation, or stream access, or even what flies to use where, and when. Sure, we need to hash things out, and debate, and press for better solutions. We must confront major threats to the resources that make our sport possible in the first place. We must double-down on climate change. We must improve angler access. But we don’t have to stab each other in the back as part of that process. We don’t have to emulate the ratings-driven cable television political programs, and we don’t have to knock someone else down to lift ourselves up. We’re better than that.

This is going to be the “Summer of Love” for fly fishing, at least as far as Angling Trade is concerned. Henceforth, and heading straight into that wonderful IFTD trade show in Denver, which I think will be a family reunion as much as anything else, we’re going to accentuate the positive, eliminate the negative, and ignore Mr. In-Between. The stakes are too high now, especially in the prevailing political climate. There are too many forces aligned against the voices of conservation, or getting kids in the outdoors, or making this sport more inclusive and diverse, for us to quibble about relatively small matters. Really. So I no longer want the gossip, or any of that. I don’t care if you’re an “R” or a “D” or anything else. I care that you’re an angler, and a businessperson, and that you want this sport around in 50 years. It’s time to come together. And love each other. And respect fly fishing, and the businesses that support it, for what they’re really worth, even if we “harrumph” now and then… read on for a cool diddy by Marshall Bissett, it&#39;s meant in good fun. In this era, none of us are too big, too important, or have too much going on to brush a little kid’s baseball—or fishing dreams—to the side. “Yeah, kid… I got time… now is the perfect time…” That should be the answer. That’s the way we need to be thinking now, not only to cultivate generation next, but also to maintain our own credibility, compassion, and identity. I have absolutely no doubt in the potential of the assembled cast, if we’d simply resolve to respect each other, and our sport, just a little bit more. -K. Deeter 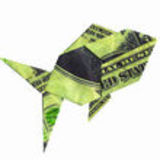 Marketing Ground Game, Fishing Tasmania, Product Reviews, Uncle Ted’s Cutthroats, The Economics of Outdoors, a Few Harrumphs… and More. Angling Trade is the only independent media group in the world specifically dedicated to covering the business of fly fishing in North America, and has been for the past decade. Angling Trade magazine is printed twice a year. It’s a free subscription, supported by advertisements, and available to anyone associated with retailing, manufacturing, guiding, outfitting, travel, lodges or other sectors of the fly-fishing industry. Angling E-News, also a free subscription, is the twice-monthly electronic newsletter that covers breaking news in fly fishing, as well as product reviews, and it complements the more in-depth features found in the magazine. We are proud to partner with other media, the industry trade organization, and the best writers and reporters in this business to create unique content with unequalled insight on the business of fly fishing.